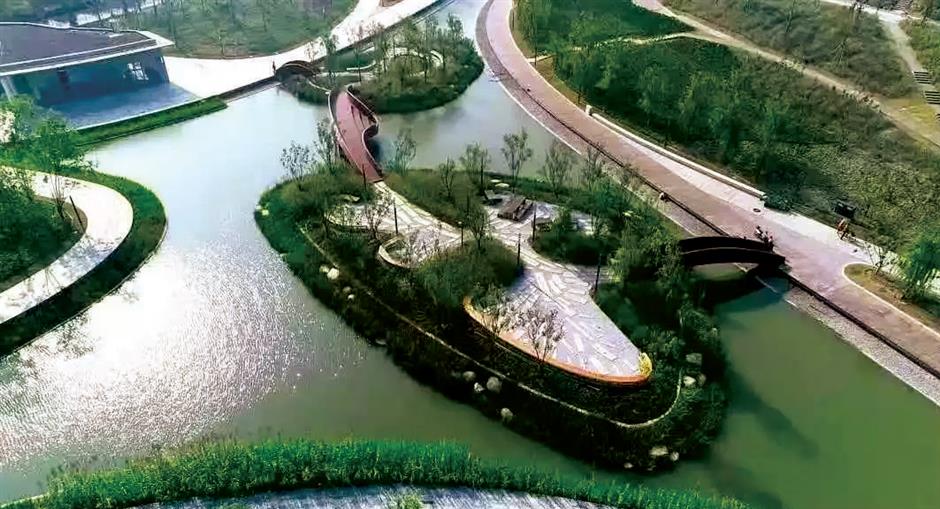 Spring is the best time to enjoy blossoms, have an outing in parks or feel the rapid improvement of Putuo’s ecological environment.

Multiple attractions are availed at local parks for outings in the upcoming warm sunny spring weather, with many of the city’s former industrial sites being redeveloped into green belts and parks.

Over 530 crabapple flowers in the park have begun to bloom in the rising temperatures.

The park features a central garden, a children’s playground and a leisure garden. It is a popular site for nearby residents to do morning exercise. 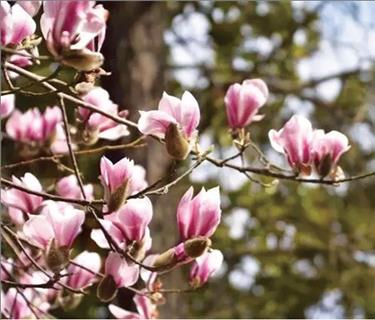 The green space, the largest downtown public greenbelt in Shanghai, will cover 500,000 square meters upon its completion in 2020. It has opened part of its site on a trial operation, featuring natural landscape and its long industrial heritage.

The design of the green area is inspired by Hyde Park in London and Central Park in New York. The park themed “Floating clouds and water” incorporates traditional Chinese cultural ideas such as painting, calligraphy, dance and tai chi. Standing on the top of the greenbelt’s artificial hill, regarded as the “second-tallest hill” in Shanghai’s western downtown, visitors can see the former site of the city’s once popular “peony ink” factory, a soap factory, a paint plant and the famous White Elephant battery factory.

Visitors can also find some historical sites on or near the greenbelt. Not far from the initial phase of the project, Hanta Pagoda, originating from the Southern Song Dynasty (1127-1279), has been well-preserved. It is said that general Han Shizhong (1090-1151), who devoted his life to fighting invaders, once trained soldiers beside the pagoda.

As a central attraction, a 3D-printed bridge has been put in place over a river in the greenbelt. The 15-meter S-shaped bridge was made in 35 days by a giant 3D printer.

The technique, which is much faster and cleaner than the traditional alternatives, has made the bridge more durable and beautiful.

How to get there: Metro Line 11 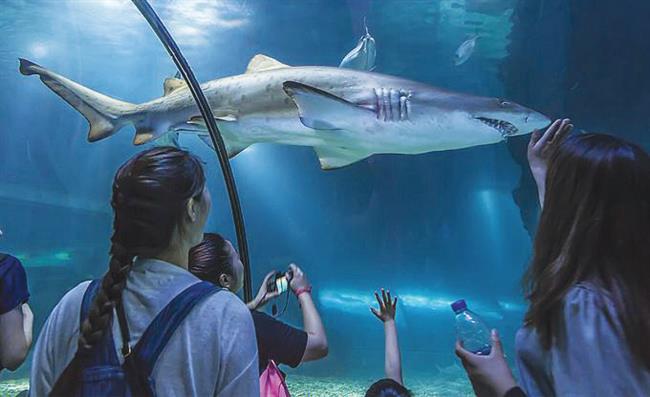 The white magnolia flowers at Changfeng Park are now in full bloom. The landscaped park in Putuo features a large lake and several other eye-catching facilities, including an aquarium and boating on the lake.

Changfeng Ocean World, also known as Sea Life Shanghai, is a main attraction at the park. It opened in 1999 with an area of 10,000 square meters. It showcases more than 10,000 marine creatures of over 300 different varieties.