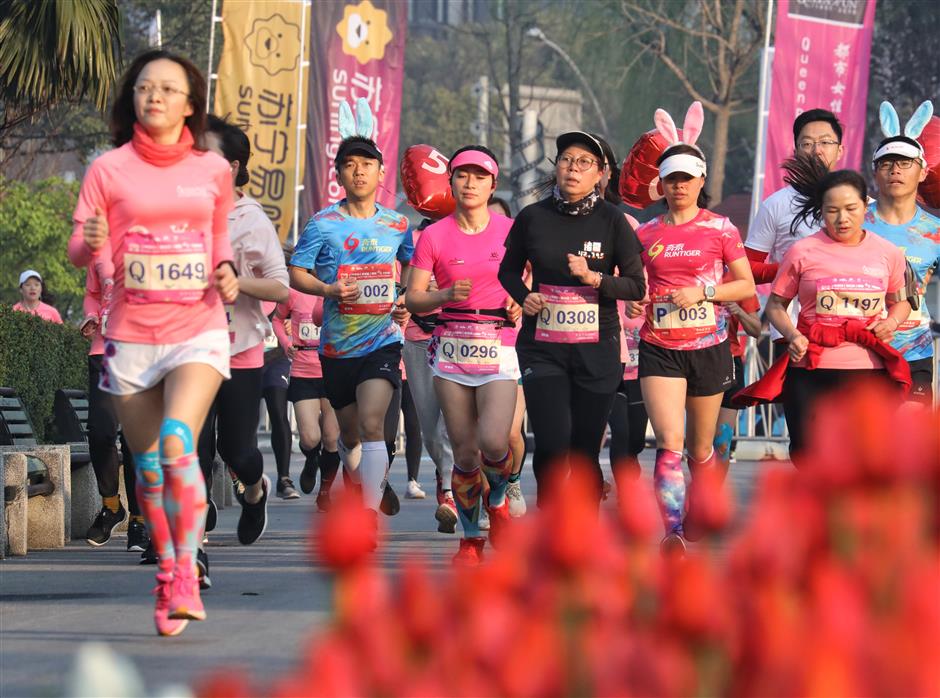 Runners join the 2019 Jing’an International Women’s Marathon on March 16, which attracted 4,000 participants from across the world. 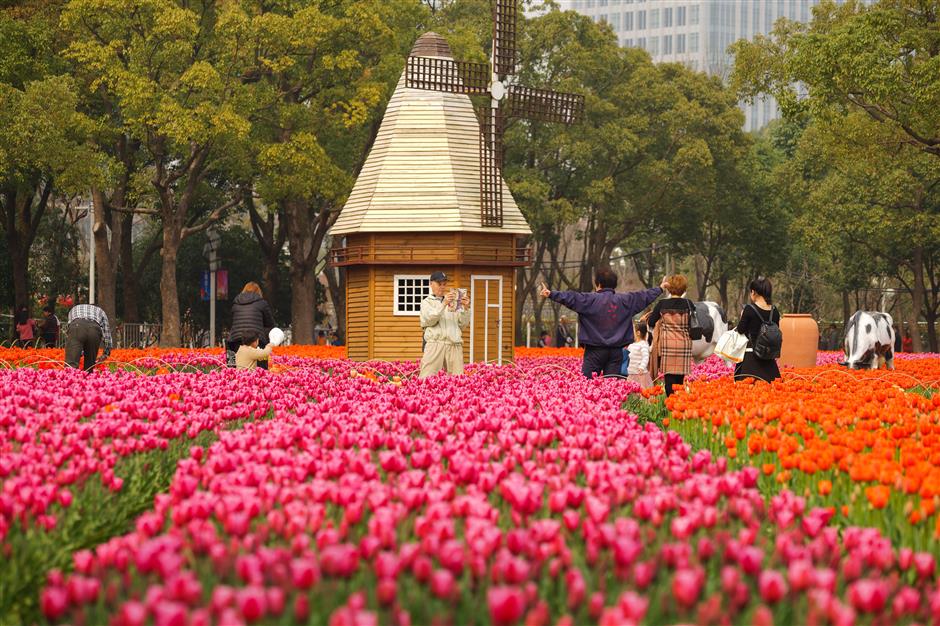 Tulips are in full blossom at Daning Park.

Spring has officially arrived, and what better harbinger of winter’s end than the annual tulip festival in Daning Park. This year, admission to the festival is free!

It’s truly a feast for the eyes. On display are more than 1.3 million tulips of 40 different species. Some of the flowers are in full blossom; others will follow, producing carpets of color through April 7.

The display area covers almost 2.5 hectares and includes themed floral designs like a giant musical score and a colorful lollipop.

On March 16, the tulips provided a stunning backdrop to the 2019 Jing’an International Women’s Marathon, which attracted 4,000 runners from 63 cities in China and 10 foreign countries, including the US, Britain UK, Japan, Australia and Tanzania.

The runners traversed the park, from its artificial white sand beach and past manicured tulip beds.

Couples finishing the race hand-in-hand included a man surnamed Chen and his girlfriend surnamed Tian. Both are white-collar workers in Jing’an.

Chen said they became acquainted at a fitness club. He was cheering her along when she started to show exhaustion about 2 kilometers from the finish line.

“We wanted to help raise awareness of women’s health through the event,” said Yu Biao, director of the Jing’an Sports Bureau. “Apart from that, the event gave runners the enjoyment of beautiful flowers lining the route.” 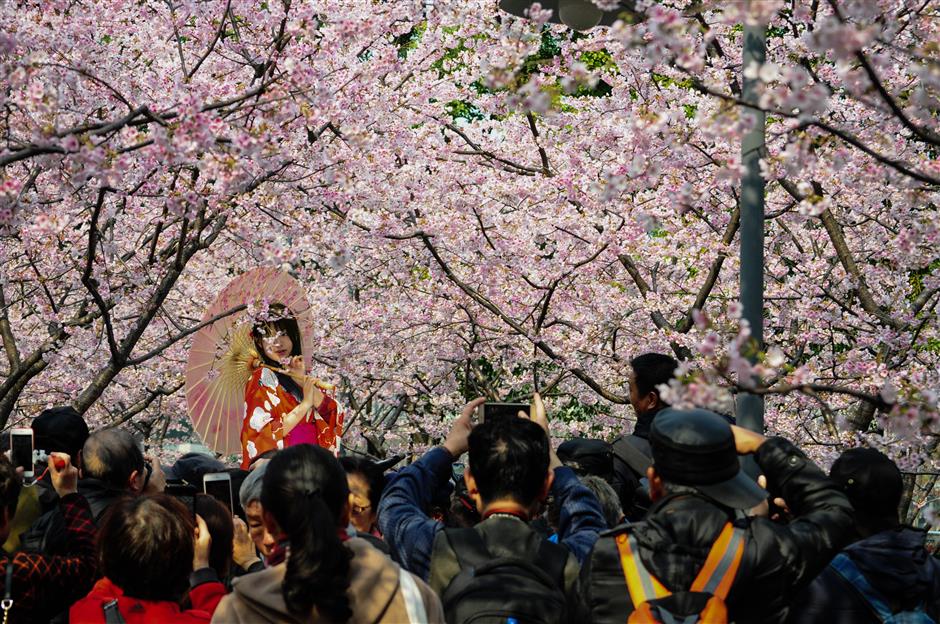 Where to see flowers in parks around Jing’an:

1.Jing’an Park on Nanjing Road W: magnolias and camellias (March to May)

3.Butterfly Bay Park at the intersection of Taixing and Kangding roads: purple magnolias (March to April)