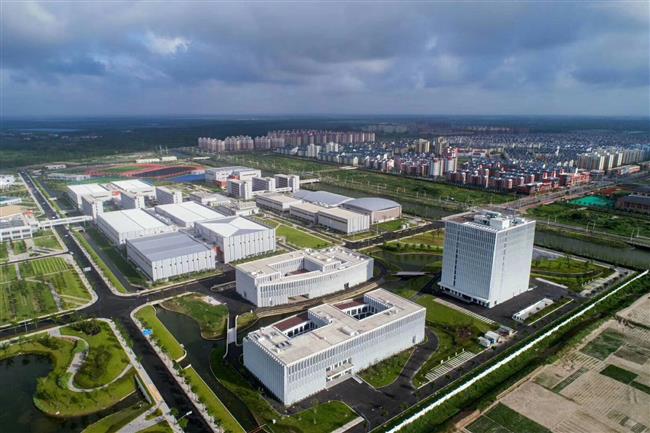 Shanghai athletes are training at a new world-class sports center on Chongming Island.

The Shanghai Chongming Sports Training Center replaces the aged Meilong center in Xuhui District and will become the new home for local athletes and some national teams.

The center, the largest of its kind in Shanghai, covers 558,970 square meters which is enough room for 2,100 athletes, coaches and management staff to train and live together.

Apart from regular ball game courts, venues and swimming pools, there are four standard baseball and softball pitches, something the city lacked of.

“The baseball and softball pitches are equipped with stands," said Kuang Zuosheng, director of Shanghai Sports Training Base Management Center.

"The pitches are good enough for standard matches. The softball pitches will host the 2020 Olympics qualifiers in September." 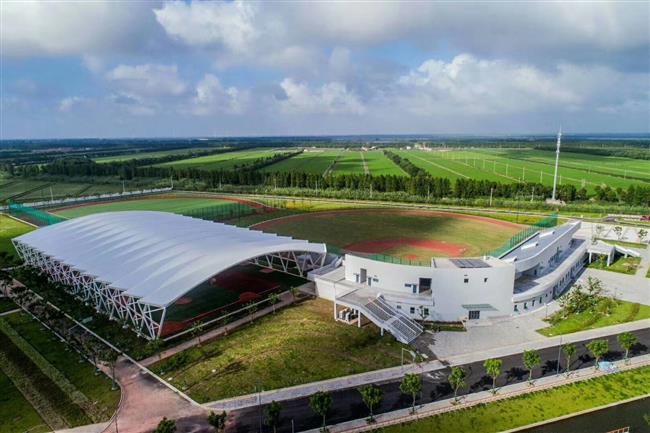 The softball pitches will host the 2020 Olympics qualifiers in September.

Construction of the 28 buildings and venues in the new center was completed at the end of last year.

The center will serve as a southern training base for country-level sports teams in the future.

“We can control the light, temperature and humidity. It is much better than the venue in Meilong.”

The Shanghai handball team also moved from Meilong to the new center recently.

“Spacious” was the word mentioned most by handballer Wu Nana when she was asked about her impression of the new base.

"You just feel so comfortable training here,” said Wu, who has spent the last 15 years in Meilong training base.

“We used to have only two courts – one for men and one for women – in Meilong. Now there are four here which are also suitable for standard matches. The living condition has also been improved.”

Kuang added: “The Meilong base was designed and built in the 1980s and it would have been hard to upgrade the facilities even if we wanted to.

"When building the Chongming base we could design the venues and facilities according to different needs of different sport disciplines.” 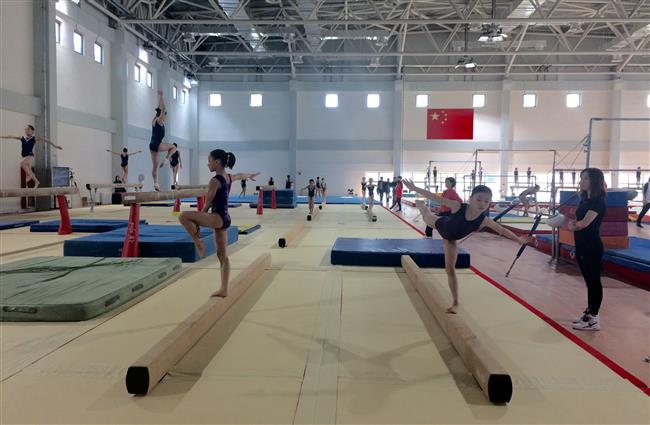 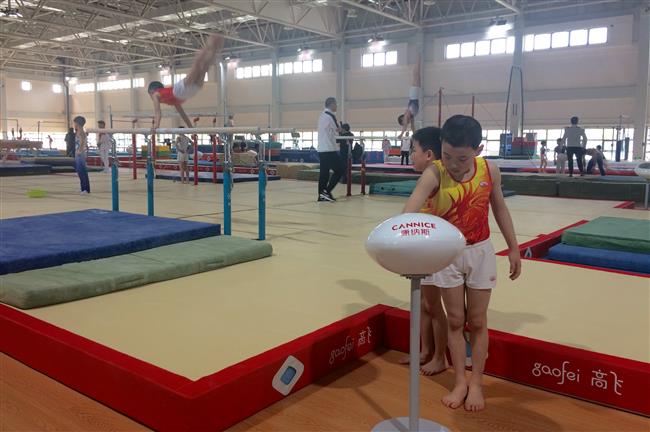 Air purifiers have been installed in the gyms.

At the gymnastics training venue, air purifiers have been installed to improve air quality as gymnasts use magnesium powder during training.

Separate shower units and dressing rooms are also an improvement on Meilong. Some training venues and dormitories are connected by corridor bridges.

According to Kuang, the Chongming base will be the home to a scientific research center, a sports clinic and a communication platform for athletic rehabilitation experts.

For local sports lovers, the center will consider opening some of its venues to the public in the future.

Public days may also be arranged to allow citizens to visit the center and watch professionals training. 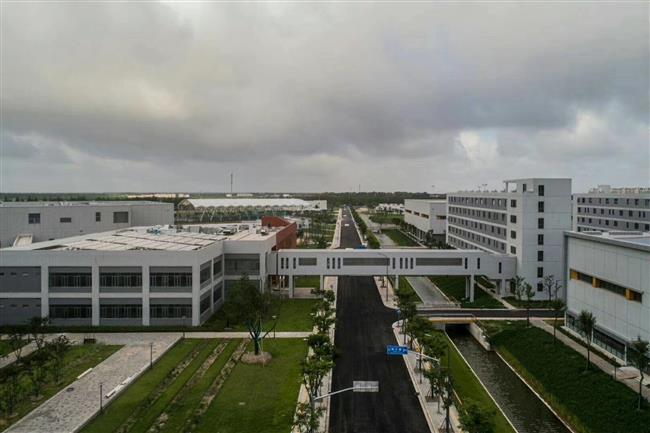 Some training venues and dormitories are connected by corridor bridges.