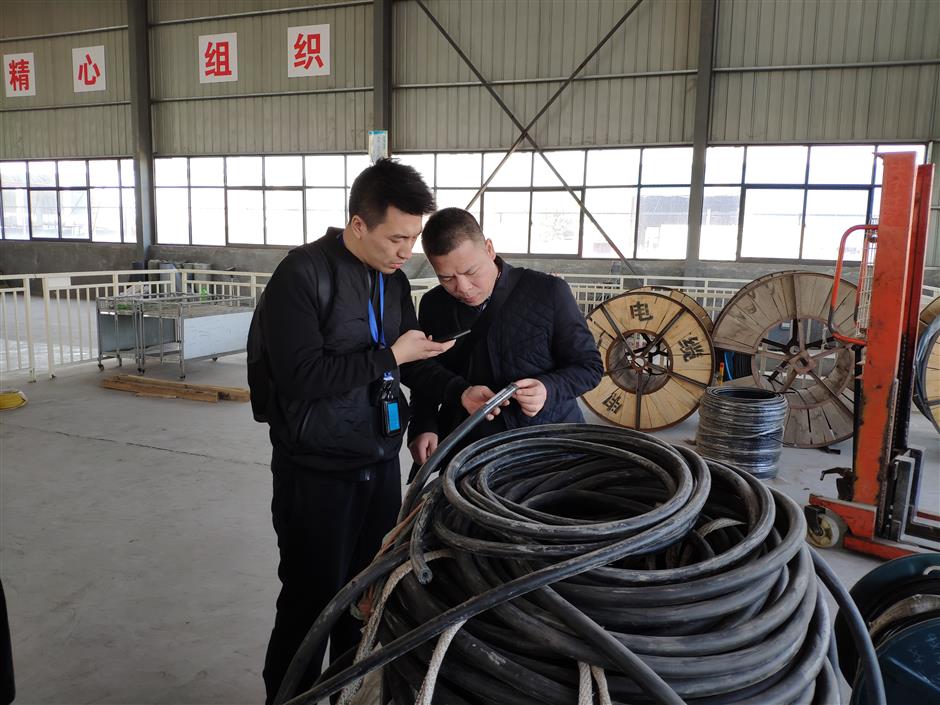 Police from Shanghai examine cables found in the suspects' factory in Henan Province. 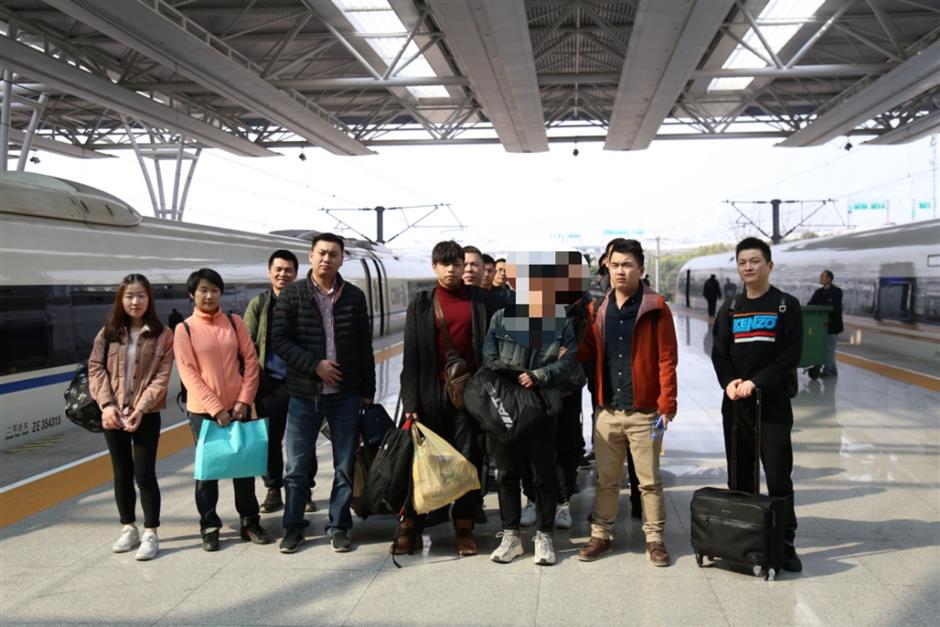 The suspects were returned to Shanghai from Henan by police last month.

Four suspects have been detained for allegedly manufacturing fake electric wires and cables under the brand name of a Shanghai company, police said on Thursday.

Over 30 million yuan (US$4.5 million) worth of the fake products have been manufactured since 2017. They have been used in the construction of public projects such as residential complexes for resettled people and government office buildings, police said.

Shanghai police said they have contacted safety management administrators in Jiangsu, Henan and Anhui provinces where the eight related projects were contracted, and that further action will be considered after a quality assessment of the projects is conducted.

The suspects run a company registered in Henan called Shengong, which was originally a sales agency of Shanghai Shang Su Group. They allegedly started to fake the Shanghai company’s seals and commission letters in 2017 to sell the fake products they manufactured.

Police in Fengxian District received a report from the Shanghai company, which is headquartered in the district, regarding the Henan outfit in January this year.

Police raided the suspects' operation in Henan last month and discovered over 200 coils of the fake electric wires and 2,000 meters of the fake cables in their factory. The market value of the products is estimated to be over 200,000 yuan.

Fake seals and quality certificates as well as sales records of the fake products were also seized from the suspects, police said.