Norwegian design something to sing about 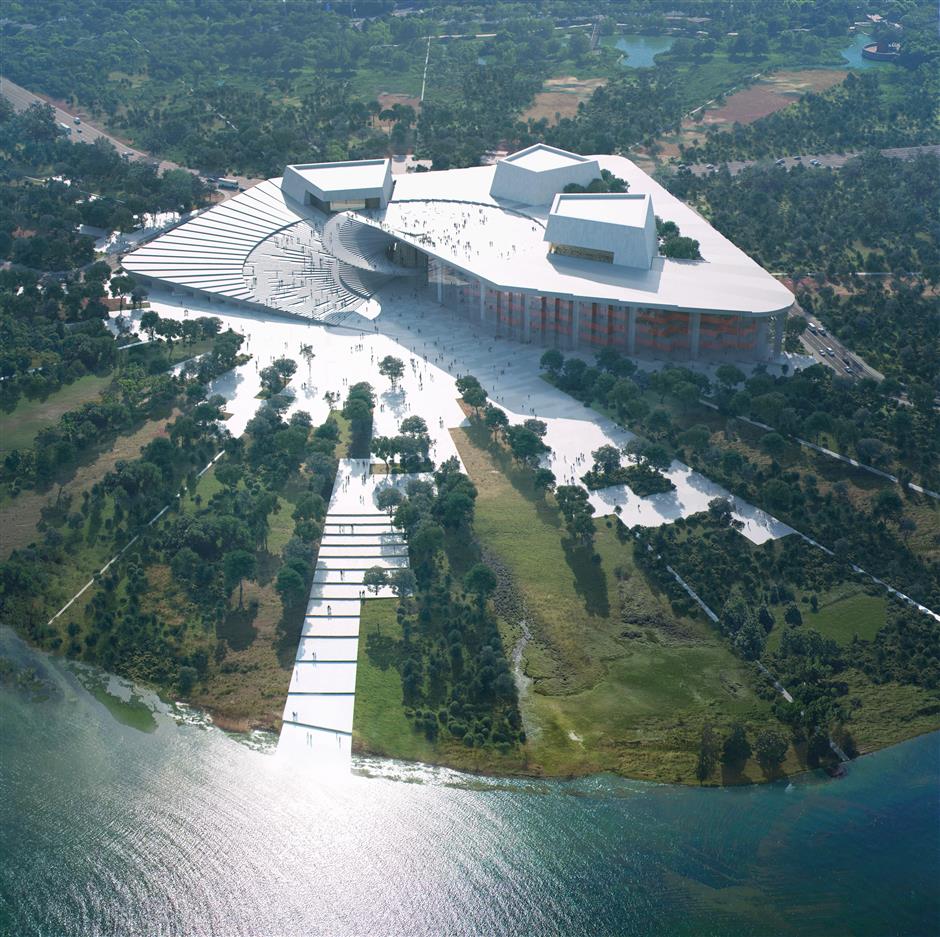 A Norwegian design company has won an international competition to design an opera house for Shanghai.

The design company said the building would be suitable for both traditional and Chinese opera performances, classical concerts and more experimental performances for younger audience.

The opera house is part of Shanghai’s bid to be a world leader economically, scientifically and culturally. It is expected to become one of the city’s major cultural landmarks and the most important initiative to strengthen its cultural and global influence in its 13th Five-Year Plan (2016-2020).

“The Shanghai Grand Opera House is a natural progression of our previous work with designing performing arts centers,” said Kjetil Trædal Thorsen, founder of Snøhetta. “It is a culmination of the competence and insight gained through projects such as the Norwegian National Opera and Ballet, the Busan Opera House in South Korea, the Isabel Bader Center for the Performing Arts in Canada and the Théâtre Nanterre-Amandiers renovation in Paris.

“The Shanghai Grand Opera House is a product of our contextual understanding and values, designed to promote public ownership of the building for the people of Shanghai and beyond.”

The local opera house will be built in the Expo site’s Houtan neighborhood, at the convex bank in the riverside area near the Huangpu River. The radial layout of the surrounding landscape will be in harmony with the overall geometry of the building, ensuring key views from the opera house to the city, and vice versa. 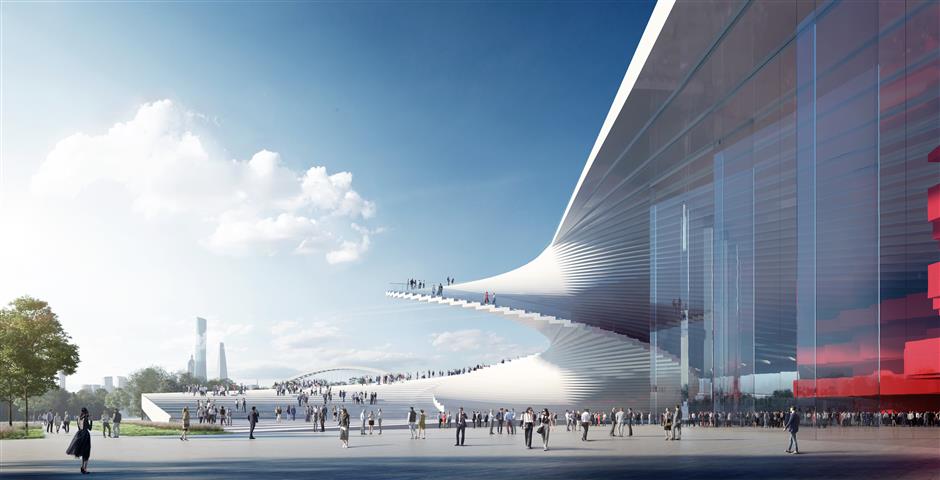 The spiraling staircase concept of the design is seen in this artist's impression of the planned new opera house.

Designed to bring artists and the public under a shared roof, the sweeping form of the new opera house embodies the concept of movement, according to Snøhetta.

The helical roof surface evokes an unfolding fan, capturing the dynamism of dance and the human body, it said. The radial movements of the roof form a spiraling staircase that connects ground and sky and creates views toward the city and the river banks. The spiraling, fanning motions extend throughout the project, into the lobby, the halls and the three auditoriums.

The opera house’s roof will become an accessible stage and meeting place, suitable for both large-scale events and everyday visitors. In celebrating both the collective and the individual, the designers said, the plaza will allow visitors to access 24 hours a day, 365 days a year. A number of restaurants, galleries, exhibitions, museums, education centers, libraries and small cinemas will all contribute to the opera house becoming a popular destination, they added.

At the heart of the opera house will be a 2,000-seat main auditorium offering state-of-the-art technology and superior acoustics. A 1,200-seat second stage will offer a more intimate setting for smaller productions. A 1,000-seat third stage offers a flexible stage and seating arrangement, providing space for more experimental and unique performances.

The opera house’s white exterior will stand in contrast to the soft silk used for the interior. Oakwood will form the main floors of the galleries and the interior of the hall, assuring good acoustic properties. In the hall itself, the wood will be stained in hues of dark red. Expansive glass panes will open up the main hall to natural light. At night, exterior lights will change the appearance of the stage towers, transforming them into glowing lanterns illuminating the roof and skyline. 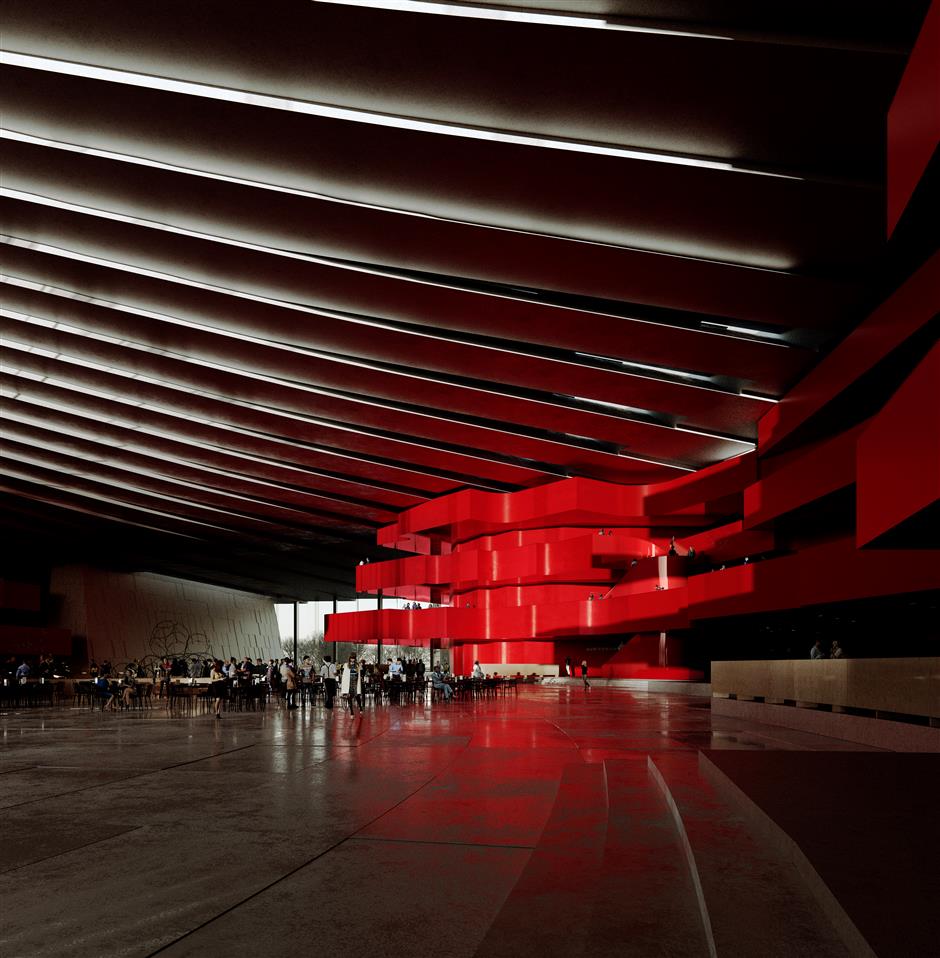 Red will be a feature of the new opera house planned for the city. 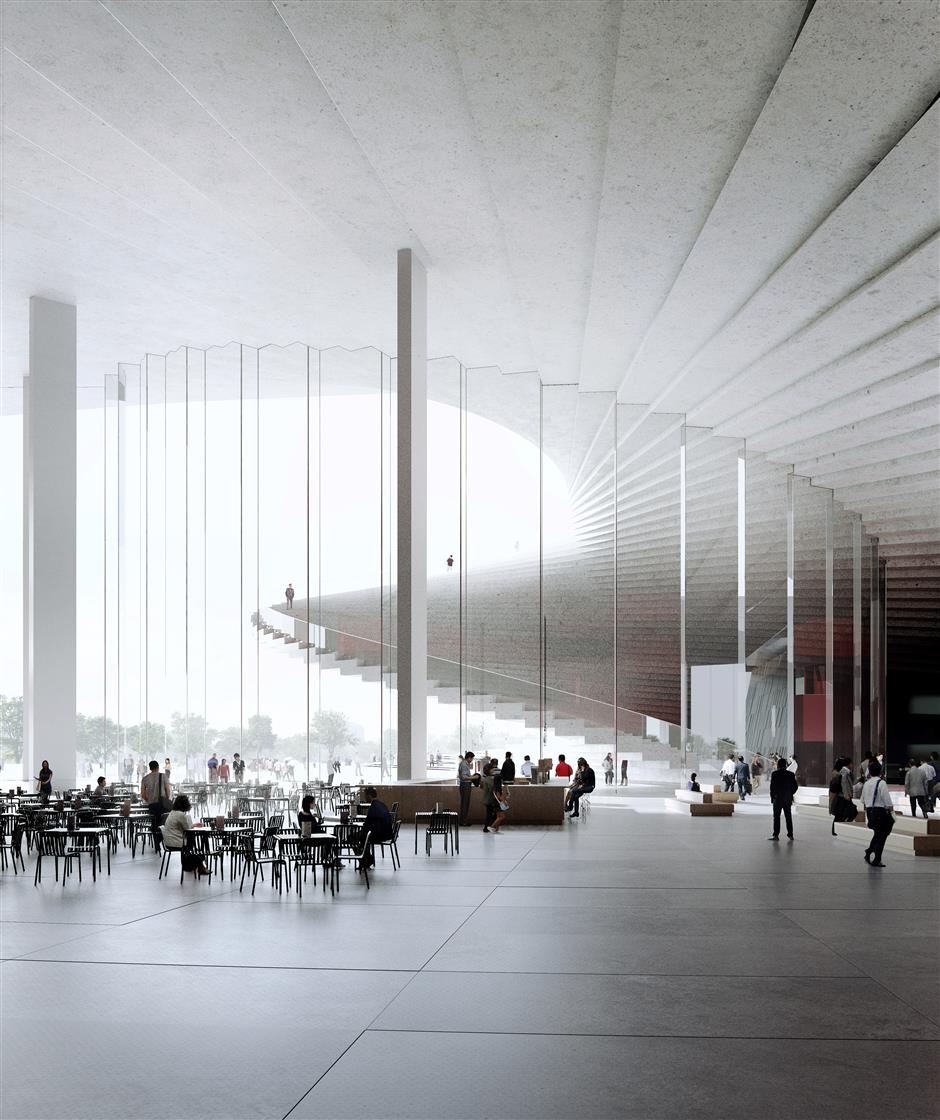 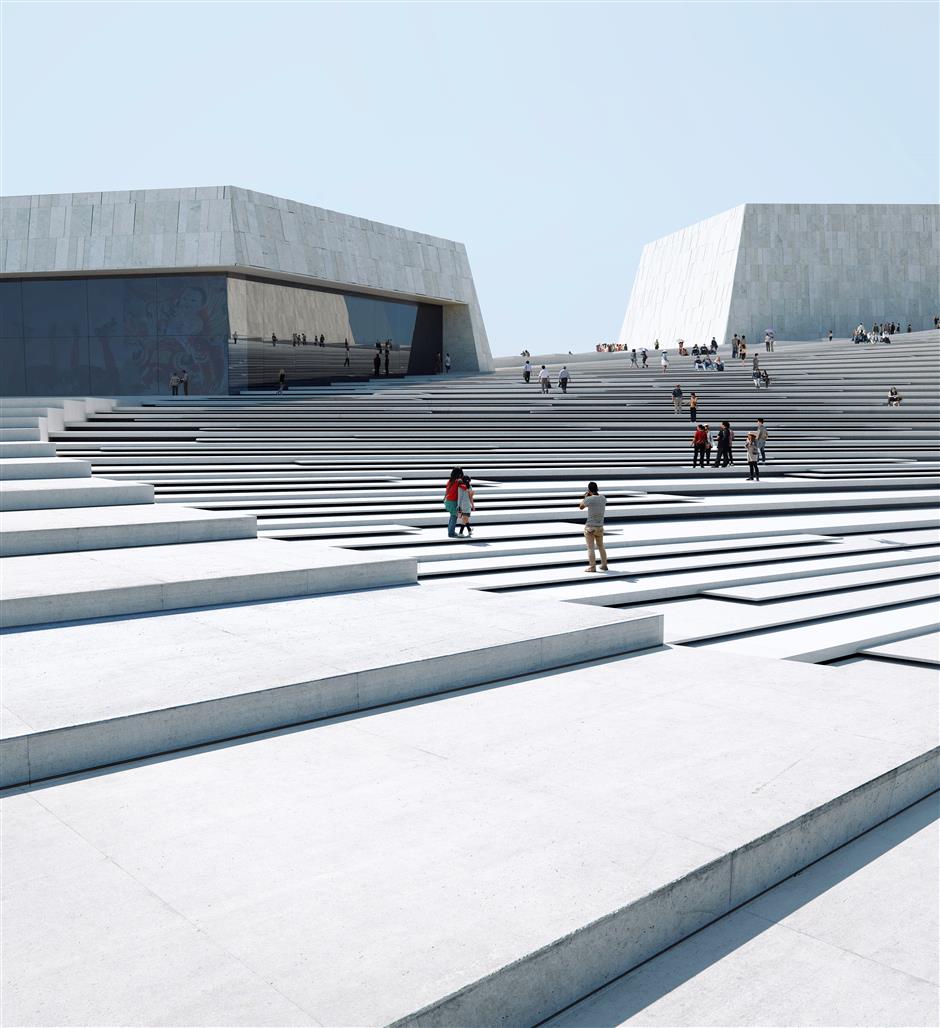 The designers of the new opera house said their concept was to promote public ownership of the building for the people of Shanghai and beyond.