A video clip shows how the eggs were stolen.

Three black swan eggs were taken back to the Shanghai Institute of Visual Arts in Songjiang District after they were stolen by nearby residents, but the swan couples have become too frightened to resume incubation, university staff told Shanghai Daily on Saturday.

A total of 10 eggs were laid by three couples of black swans on the campus at the beginning of last month, but they were all stolen in four batches by March 30.

After the first three batches of seven were stolen, university security staff adjusted the directions of surveillance cameras on nearby buildings and installed two near the swan nests.

On March 30, the cameras caught the thieves. Video clips showed a man and a woman enter the university from its southern gate at 5:23pm, reaching the swan nests at the western side of the campus at 6:21pm.

When they saw a swan was incubating eggs, the man walked over, trying to take them. The swan attempted to drive the man away and protect the eggs, but the man then took the handbag of the woman and used it to hit the swan. The swan retreated to the lake and their eggs were taken.

University security said they think the thieves had prior knowledge of the area. “They went directly to the swan nest, which means it was not the first time for them to do so,” said Li Zhen, head of the university’s security guard team. “We lost 10 eggs in four times in total.”

The university reported the losses to local police, who soon found the man and woman at their home near the university, along with three swan eggs in their refrigerator. 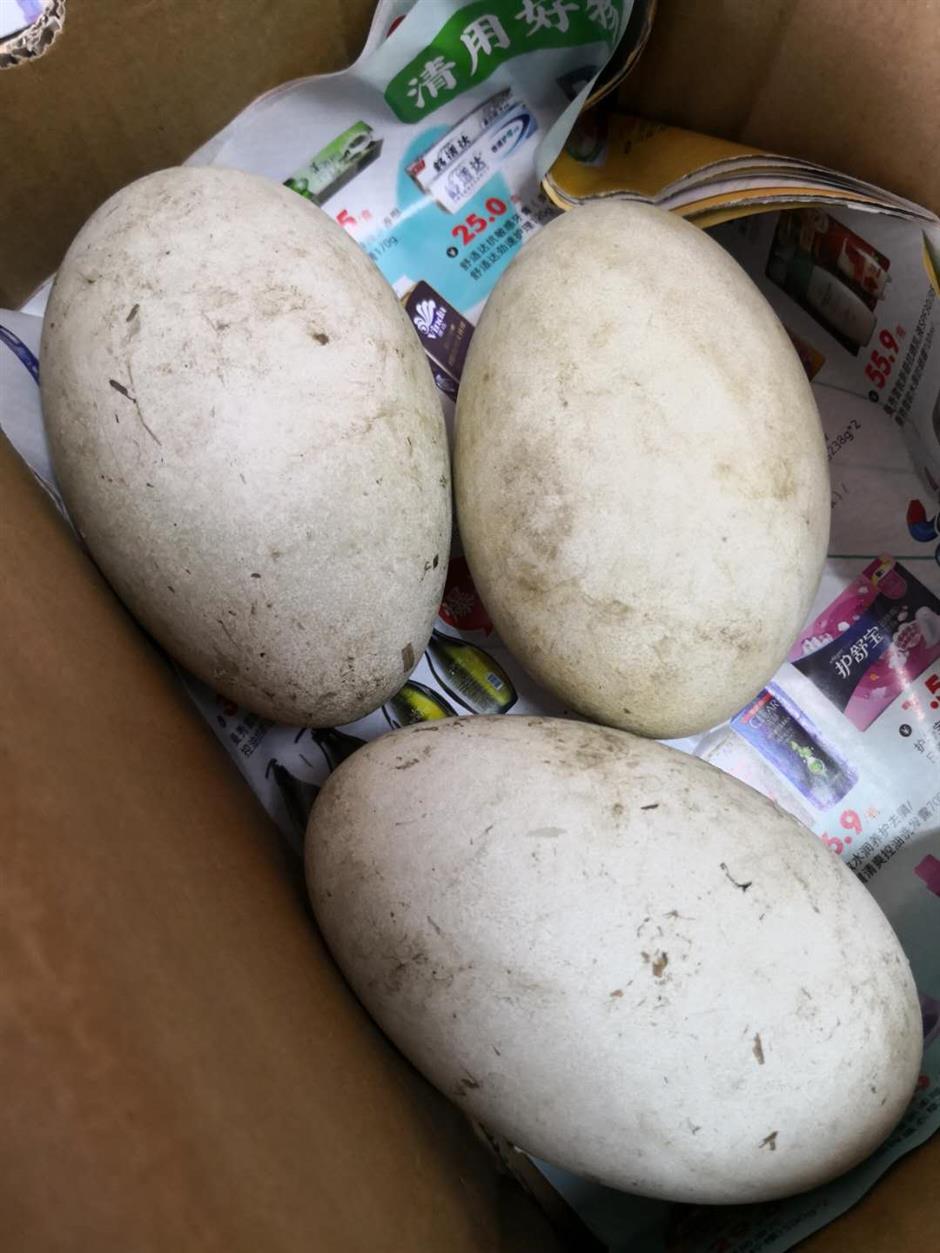 They confessed to stealing the three eggs to eat, but denied having stolen the previous seven, which police have not found yet.

They apologized to the university and paid some compensation.

Since the black swan is not listed as a protected animal in China, they did not receive severe punishment, though web users were angry and called for more serious punishment.

“The saved eggs were taken back to the university, but the swan couples no longer take them as their children as they had the smell of human beings and they were also frightened,” said a university staffer.

He added that they will try artificial hatching methods later. 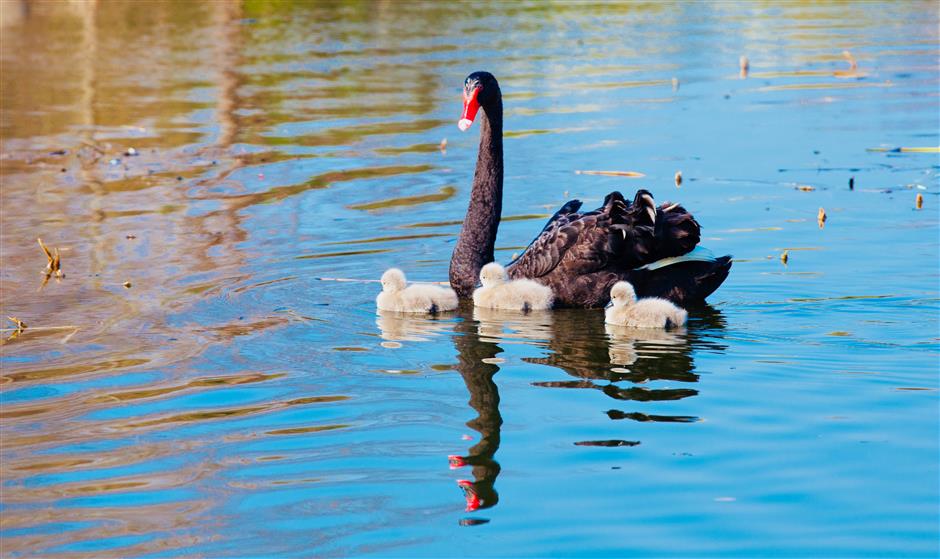 A swan and its babies two years ago.

After losing the eggs, the swans, which used to be intimate with students and teachers and walked among them without fear, now turn away immediately upon seeing people and seem "deeply depressed."

“They seem so sad that I’m afraid they will not hatch eggs any more in the future,” said the staffer.

The swans are deeply loved by students and teachers at the university. At the end of 2016, they laid four eggs, which hatched on Valentine’s Day the next year. It was the first time for swans to be born in a school in the Songjiang University Town. 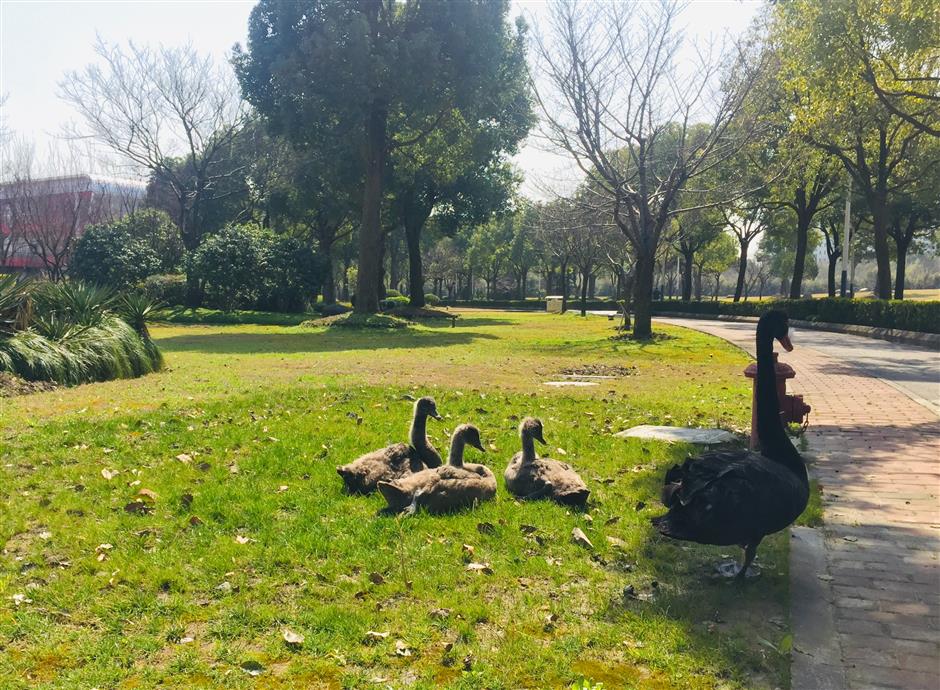 The swans used to be intimate to human beings and walk on road without fear.

“We had expected such joy again later this year,” said the staffer.

The university used to open to the public as a “university without walls,” but after the incidents, it now requires people to show their identity cards before entering the campus.

It’s not the first time black swans have been targeted in Shanghai. A black swan at the Xujiahui Park was stolen, killed and eaten by a man on April 20, 2017. Zhou was convicted of theft. Besides 6-months' detention, he was also fined 1,000 yuan (US$150). 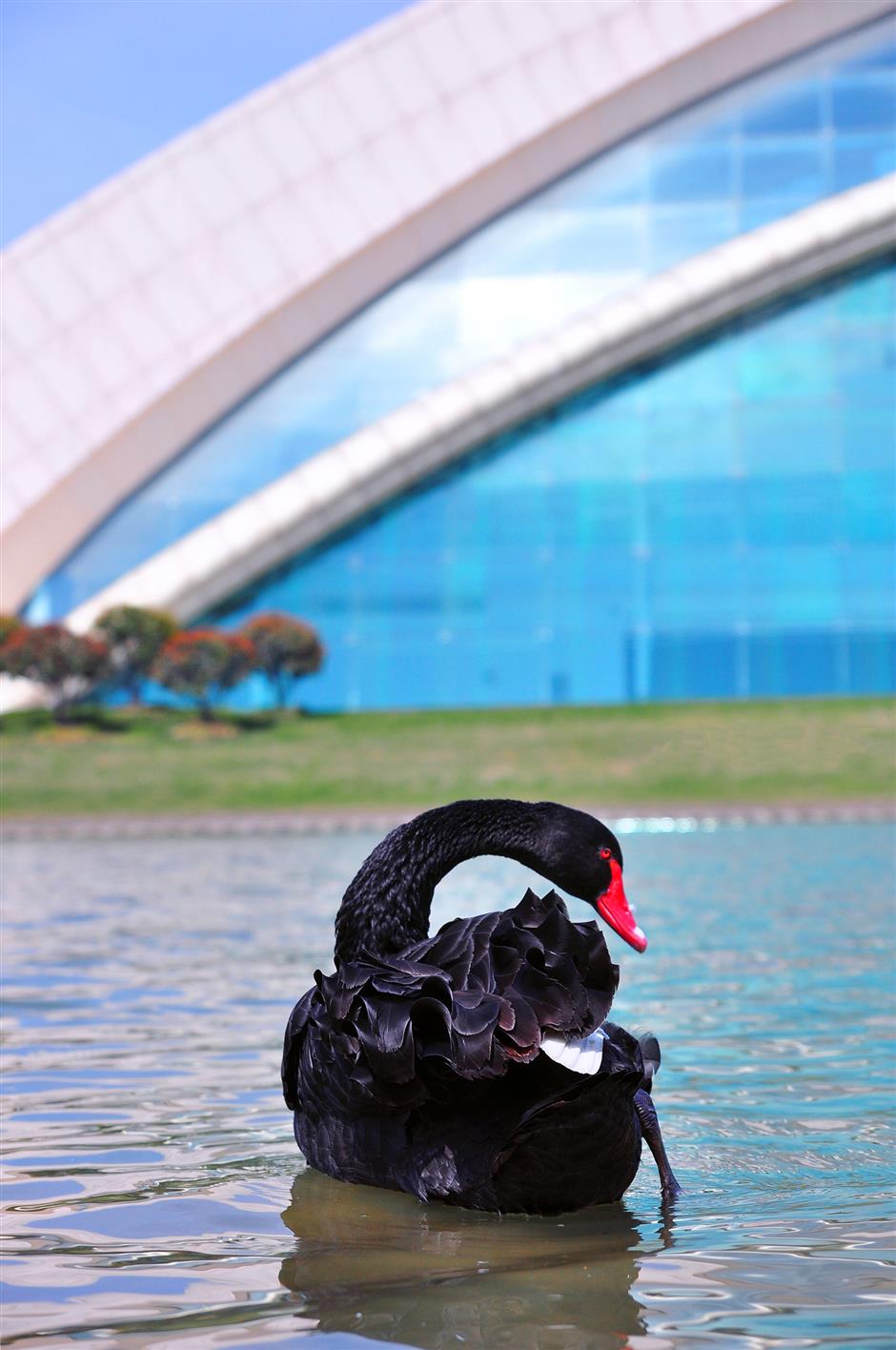 One of the sad swans