Flight to New York returns to Shanghai with engine problem 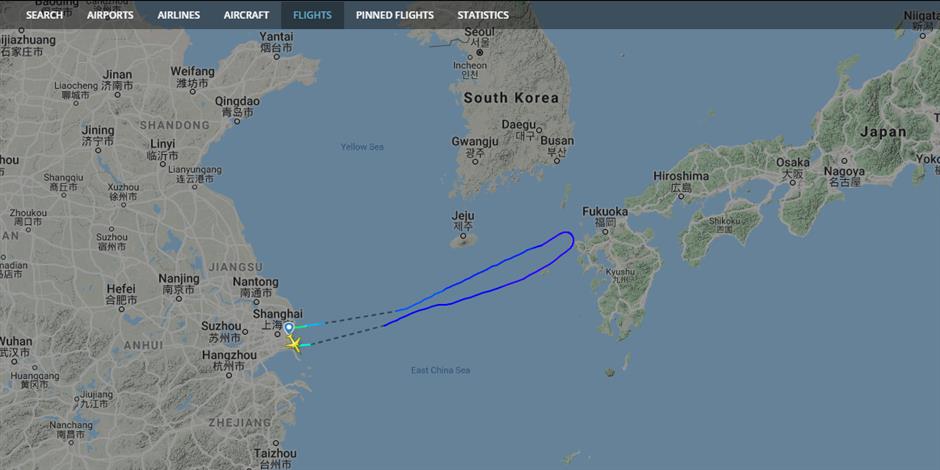 A United Airlines flight from Shanghai to New York was forced to return on Saturday due to engine problems.

A notice on the airline's website stated that the flight had been canceled due to "prolonged engine maintenance" on the plane. It added that all passengers would be transferred onto UA2823 on Sunday. That flight is scheduled to take off from the Pudong airport at 5pm and arrive in New York at 7:35pm local time.

According to the Flightradar 24 website, the 20-year-old aircraft, registration No. N78003, turned back to Pudong airport after nearing Fukuoka in Japan.

In a previous statement, the airline said its "maintenance team needs to evaluate an engine on the plane."

"The captain announced there was an engine problem and was about to discharge fuel to return to Pudong airport," a passenger said on the Weibo microblog. "The crew members, who appeared to be a bit nervous, then began collecting the flight meals that they just gave out to passengers."

"I feel lucky that the aircraft has landed safely," the passenger said. 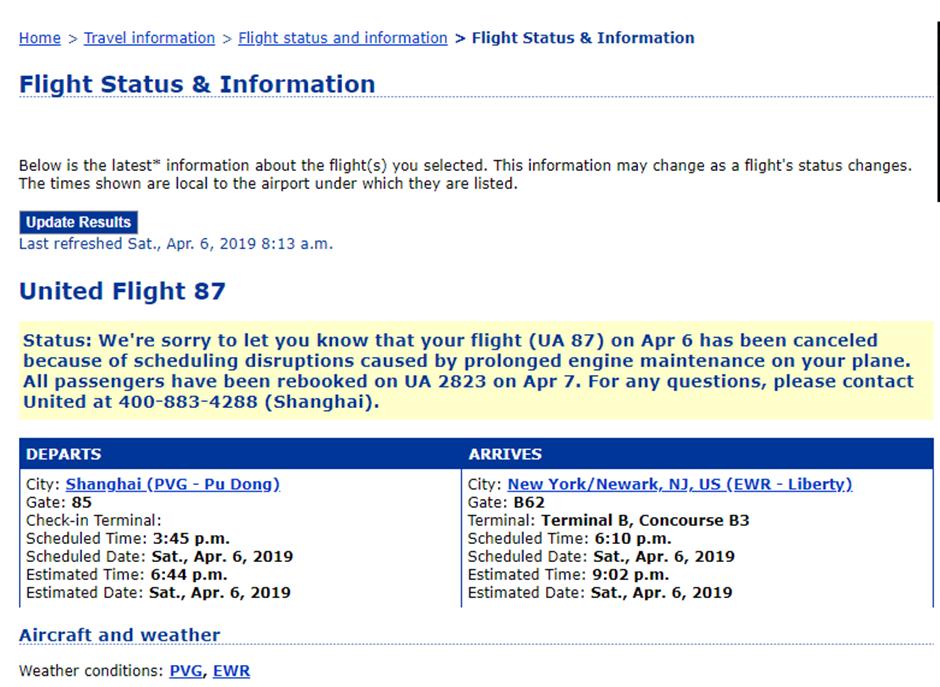