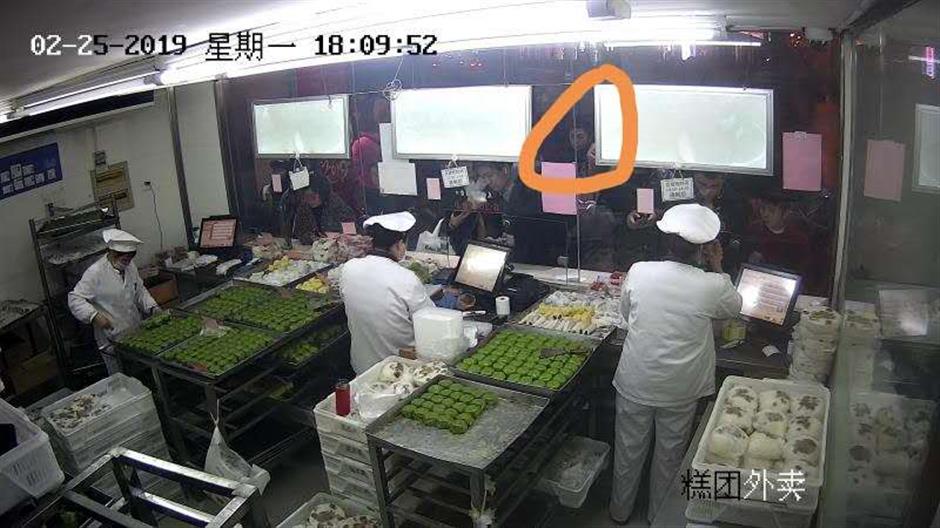 The woman holds up her phone.

A man has been arrested for allegedly stealing money by scanning people's QR codes.

Police in Huangpu District started their investigation in late February after a woman reported that 980 yuan (US$146) was paid to a supermarket she had not visited via her WeChat wallet.

The woman said she had called up the QR code while queuing to buy snacks from a shop on Nanjing Road E.

Surveillance camera footage revealed a man behind her scanning her phone with his.

The man, surnamed Liu, was tracked down last month and has allegedly confessed.

Police said he had illegally made 2,940 yuan.

Liu allegedly said he applied for a POS machine in the name of a supermarket and used software on his phone to scan people’s QR codes to steal money. 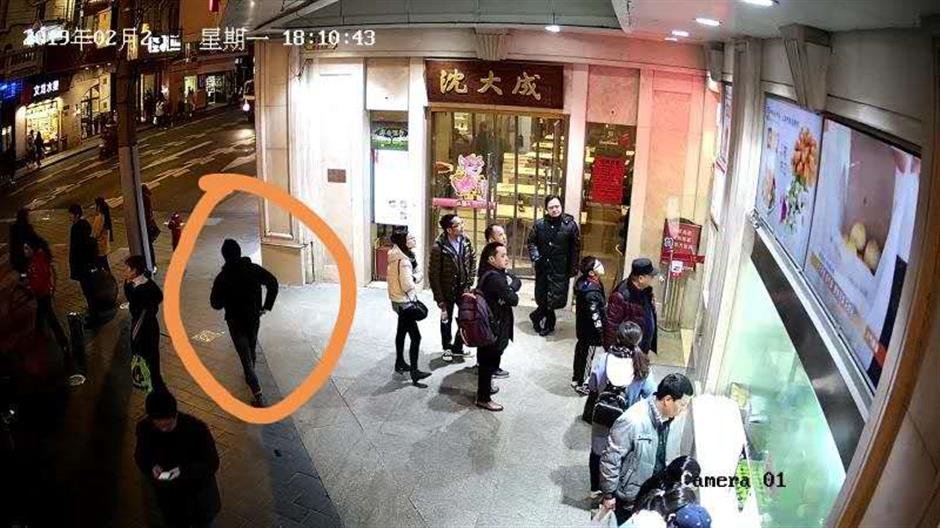 The man leaves the premises.