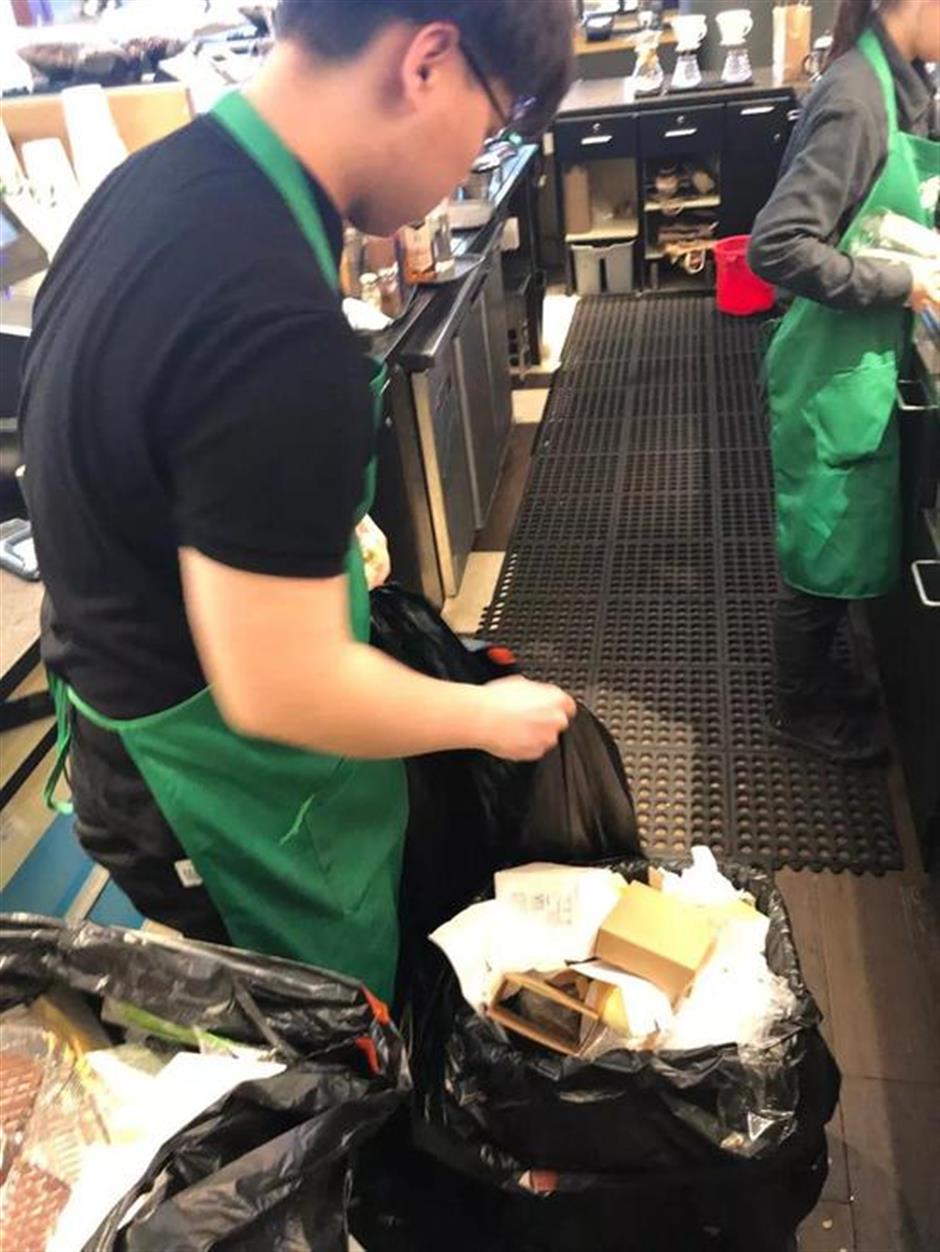 An employee at a Starbucks outlet in Fengxian District dumps pastries suspected of being contaminated into garbage bags.

A Starbucks branch in Fengxian District has suspended operations and been ordered to clean up its act after an online video showed cockroaches crawling on pastries at the outlet.

The suspected contaminated food has been taken off shelves and destroyed at the Bailian Nanqiao outlet of Starbucks, according to the Fengxian District Market Supervision and Management Bureau. 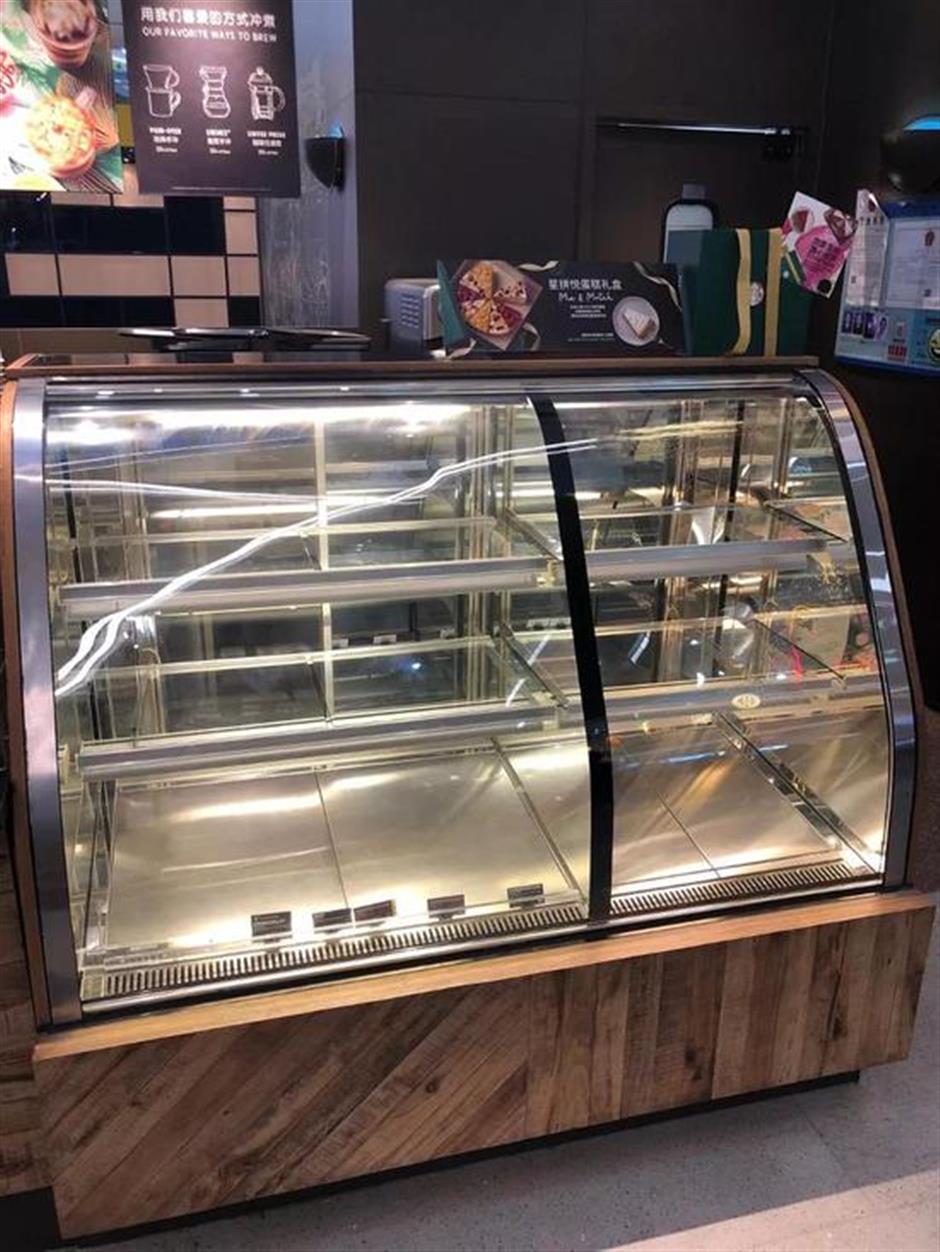 Shelves at the branch are cleared after a suspected case of contamination.

The outlet had already suspended operations when officials arrived on Sunday night, the bureau said.

Officials have ordered the outlet to halt sales and conduct a thorough cleaning and disinfection of the venue and equipment in order to prevent pest infestation. 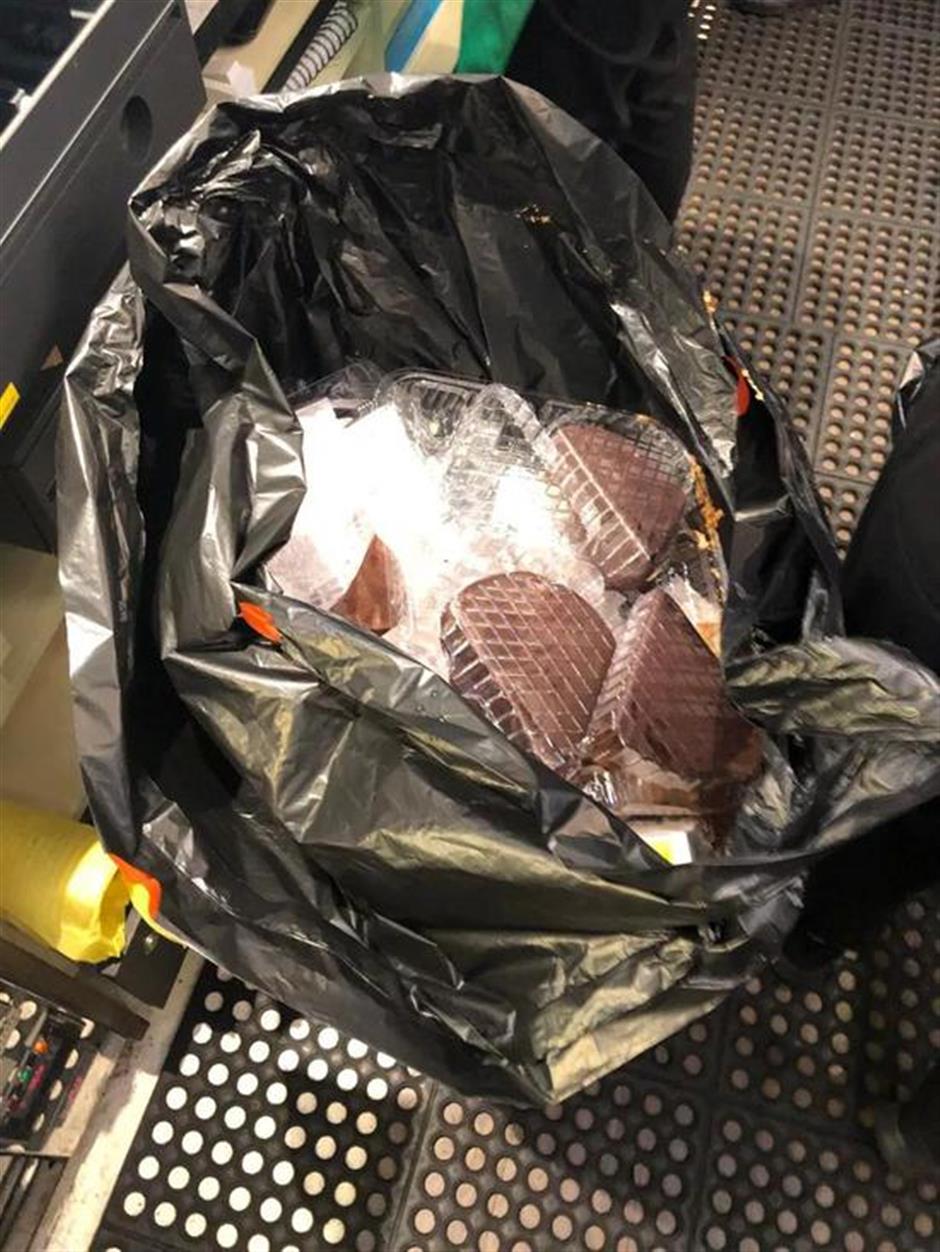 Pastries suspected of being contaminated by pests are readied for disposal.

During a talk with the bureau on Monday afternoon, Starbucks said it has taken measures to prevent pest outbreaks at its business venues and changed all food-related equipment which may be contaminated by bugs.

An investigation into the matter is underway, according to the bureau. 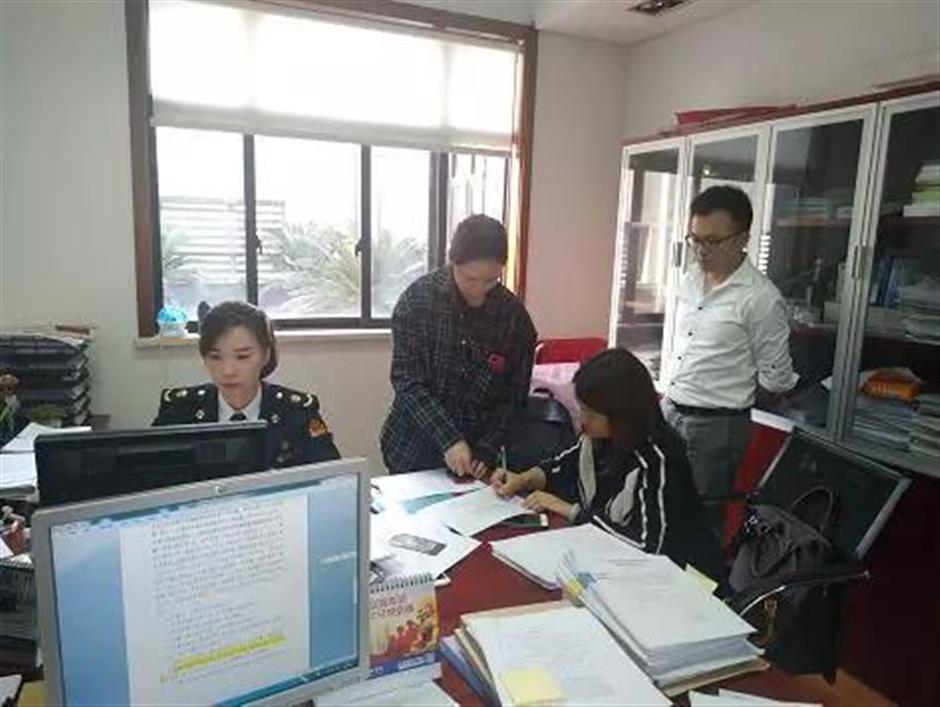 Officials with the Fengxian District Market Supervision and Management Bureau perform their investigation.