Li introduced the economic and social development status of Shanghai. Shanghai is accelerating the construction of “five centers” and building an advanced socialist culture while working to evolve into an international metropolitan city.

Austria and China have a long-term friendship and a friendly strategic partnership was established between the two countries last year, which laid a solid foundation for mutual beneficial cooperation.

Besides, Shanghai has established a sister-city relationship with Salzburg in order to deepen exchanges and cooperation in various sectors.

Li said that Kurz and his delegation’s attendance at the second Belt and Road Forum for International Cooperation further improved the friendly relationship between the two countries.

Kurz hoped to promote cooperation with Shanghai in the areas of economy, trade, sci-tech, environmental protection, culture, tourism and urban management so as to achieve a win-win situation. 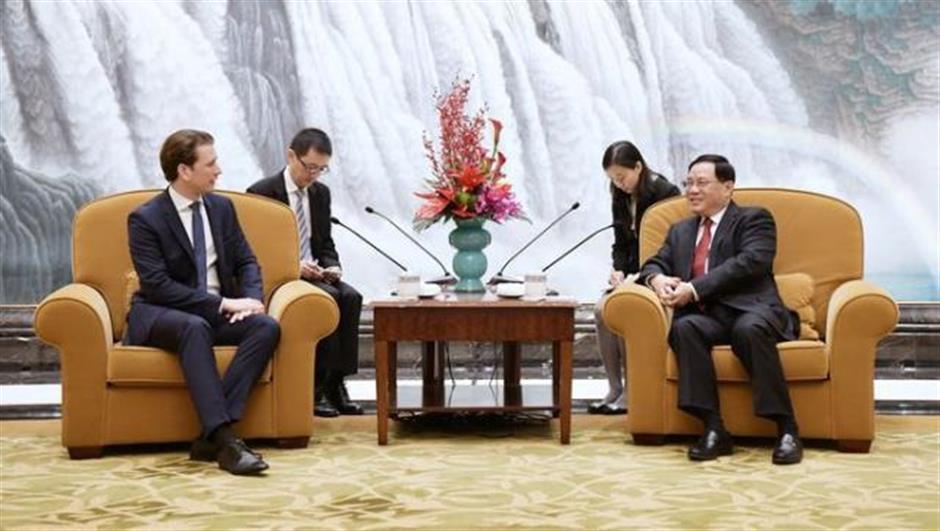