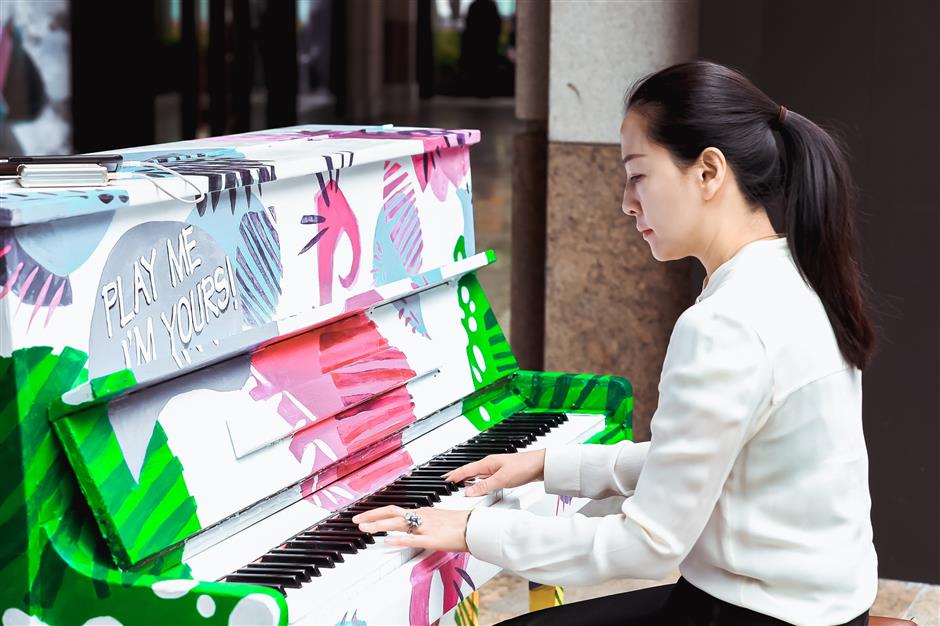 Twenty hand-painted pianos popped up in open spaces in the HKRI Taikoo Hui mall this month, available for anyone to play.

It is part of the worldwide campaign called “Play Me, I’m Yours,” initiated by British artist Luke Jerram to connect people through music. The project will be in Shanghai through June 2.

These are more than just pianos, but rather 20 pieces of artwork covered with graffiti by artists and students from the Shanghai Institute of Visual Arts.

The pianos are painted with animals and plants, imaginary creatures and geometric abstractions. They also bear written messages, like “love yourself,” “dream” and, of course, “play me, I’m yours.”

The campaign was first commissioned in Birmingham in 2008. To date, it has toured 60 cities around the world, with 1,900 pianos reaching more than 8 million people. Decorated by locals, the piano have been located on roadsides, in parks and even in train stations.

HKRI Taikoo Hui will also be presenting a variety of art activities through June.

Stilt walkers will present troupe shows during the Jing’an Modern Drama Valley, an annual drama extravagance. During the city’s annual jazz festival, the mall will brim with jazz, including performances by Brazilian drummers and swing bands. Java will be the order of the day in the mall’s garden during the annual Coffee Festival. 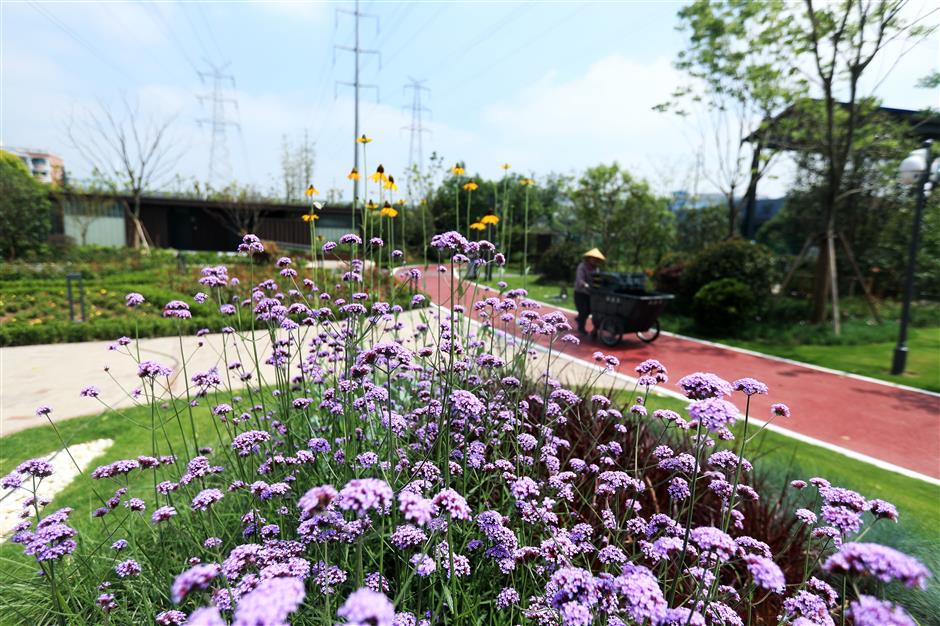 A 2-kilometer walkway along the banks of the Pengyuepu River has become a popular place where area residents can walk, jog or just enjoy colorful plants. More than 10 types of grasses are planted along the riverbank, including “little bunny” fountain grass, blue fescue and maiden silvergrass. 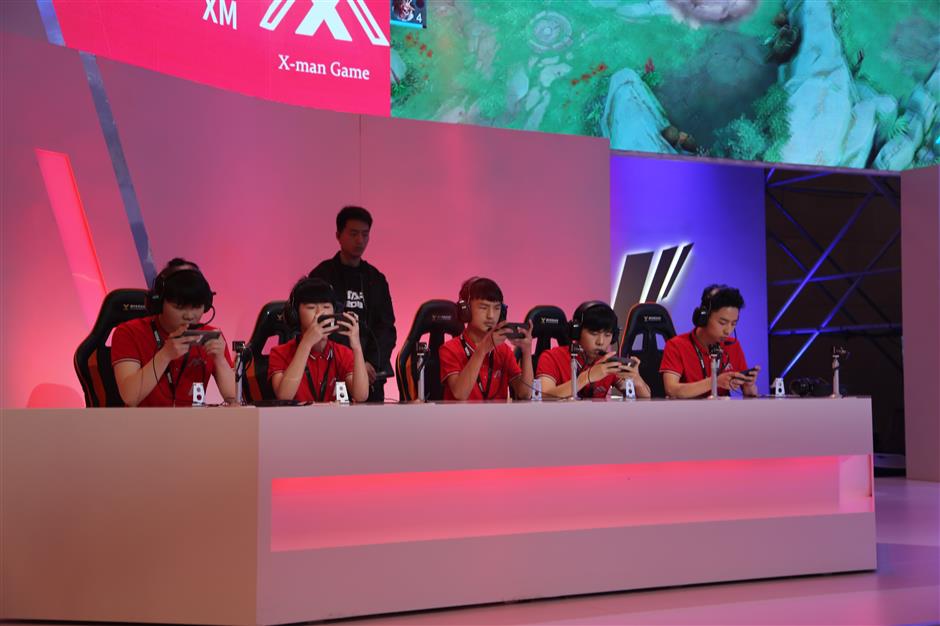 China’s biggest comprehensive e-sports game, the TGA or Tencent Global, was held in Jing’an’s Westgate mall. The 72 players competed in five games, including the popular “League of Legends.”

It was the first e-sports game of its level to be held in Jing’an after the district announced plans to develop the e-sports industry earlier this year.

The district says the Lingshi Road area will be turned into a “pilgrimage site” for e-sports fans, featuring a cluster of e-sports companies and clubs.

Under the plan, another 20 well-equipped e-sports venues will be built in the near future, adding to the current 10. The 30 venues will hold the world’s leading e-sports games.

Jing’an also plans to build a talent pool of promising game players and attract the world’s best teams. Beyond just being a “pilgrimage site,” the area will create a new lifestyle community by combining e-sports culture with commercial attractions. 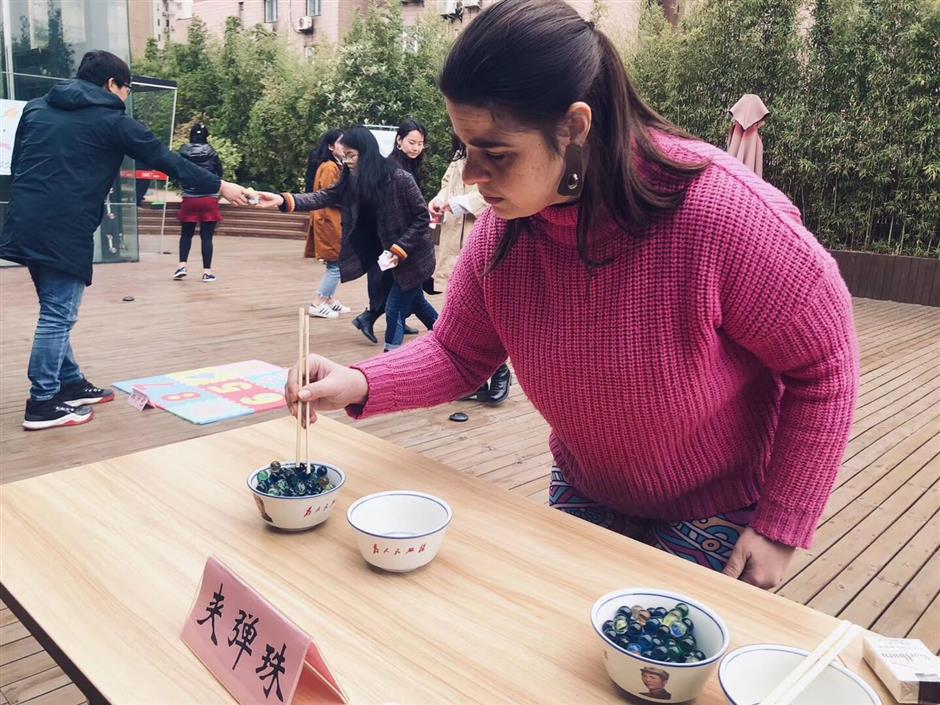 The Caojiadu Subdistrict organized a special sports activity on April 11.

Instead of the usual sports like jumping and running, the activity focused on traditional games that were played in Shanghai’s old lanes half a century ago.

The games include hoop rolling and beanbag tossing. More than 50 people attended the event, including foreigners. 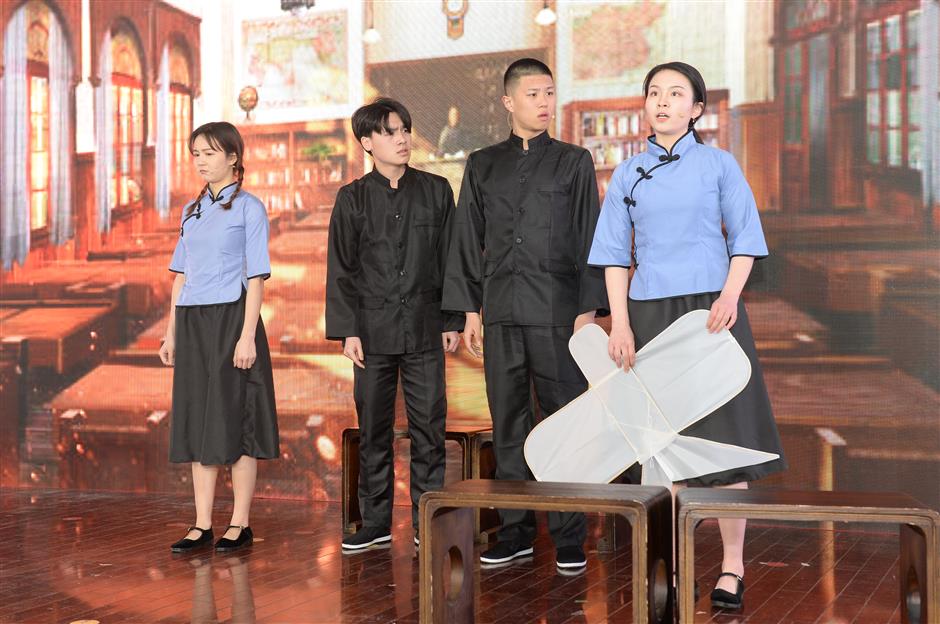 On April 3, two days before the Qingming Festival, students from the Shibei Vocational High School staged a play to honor early Party members who sacrificed their lives in the foundation of a new society.

The school is located in the Baoshan Road subdistrict, which is home to nine “red” revolutionary sites, including the former office of the central government and the former site of the city’s third Workers’ Armed Uprising. 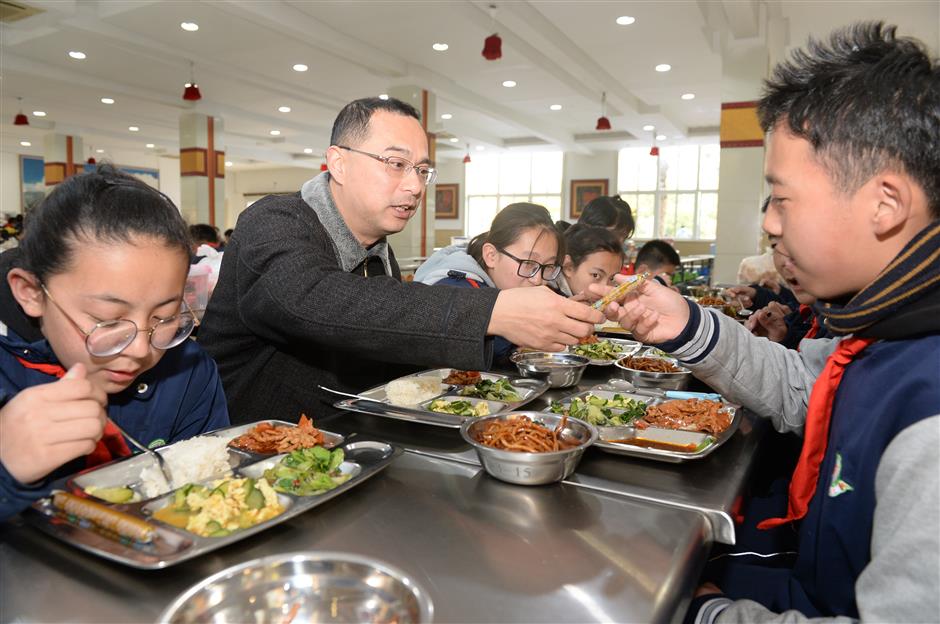 From this month, administrative staff, including principals, of the city’s kindergartens, primary schools and middle schools are required to have lunch with students as part of efforts to promote food safety.

Li Jing, principal of the Gongkang Junior Middle School, sat down with students in the school canteen, discussing the food with them. The group ate fried egg with cucumber, water-cooked pork, and kelp and potato soup.

The school has many students from the Tibet, who told Li that they would like to see more Tibetan food, like milk tea and spicy dishes. He promised they would be added to the menu.