Jing'an full of jazz and drama 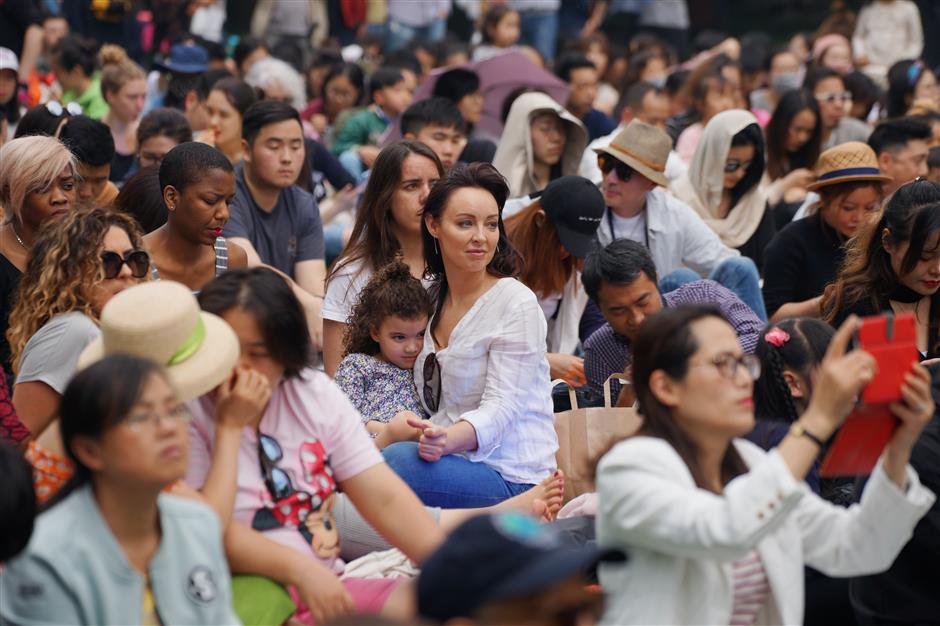 An international audience listens to a jazz concert on the lawn at Jing'an Park.

Music shows and street theater performed by artists from around the world entertained the crowds in Jing’an District during the Labor Day holiday.

Today and tomorrow, jazz lovers are treated to outdoor concerts presented by nearly 100 musicians from 20 countries and regions as part of this year’s JZ Spring jazz festival.

International artists who have settled down in Shanghai are also taking part in the festival, including Maria, one of the finest Latin musicians in Shanghai, Batucada Samba Groove which is formed by Brazilian percussionists and dancers, and Alina, who starred in TV shows including “The Voice,” where she made it to the semifinals.

“I come every year, and today I brought my young daughter to enjoy the music,” said Christine Pan, mother of a 5-year-old girl. “I think it’s great to just lie on the lawn and enjoy the music.”

“It’s really a carnival,” said Xu Meng, who traveled here from Hangzhou with her friends. “I really love it. It makes me feel that I’m in a foreign city because it’s so international. Yes, Shanghai is international.”

Chinese jazz singer Coco Zhao and jazz pianist Huang Jianyi are sharing their understanding of jazz with lectures at L’s Book Cafe & Wine, on the first floor of the historical Changde Apartment where Shanghai author Eileen Chang once lived.

Chang (1920-1995), one of the most renowned female writers in China, wrote novels that sometimes alluded to Changde Apartment, known as Eddington House in the 1930s and 1940s. At that time, jazz was a high point of the cultural scene of Shanghai.

Until May 5, there will be free theater performances at popular spots in Jing’an, including Jing’an Park, the Majestic Theater and the Plaza 66 shopping mall. They are part of this year’s Jing’an Modern Drama Valley event.

They can follow the White Rabbit down the rabbit hole in “Alice's Adventures in Wonderland” and see the Queen of Hearts leading her army to seek out Alice in the crowds. They can also join Dorothy and her friends in the magical land of Oz of “The Wonderful Wizard of Oz.”

Wang Zi, who was named best single performer at the Wuzhen Theater Festival, brings his mime “HaHaHa.” He tells five stories in mime, including a child left alone at home and a man at the funeral.

Also in the district, a mobile reading pavilion near Jing'an Park gives people an outlet for their passion for the spoken word. They can read out their favorite literary works at the pavilion, the size of a phone booth. 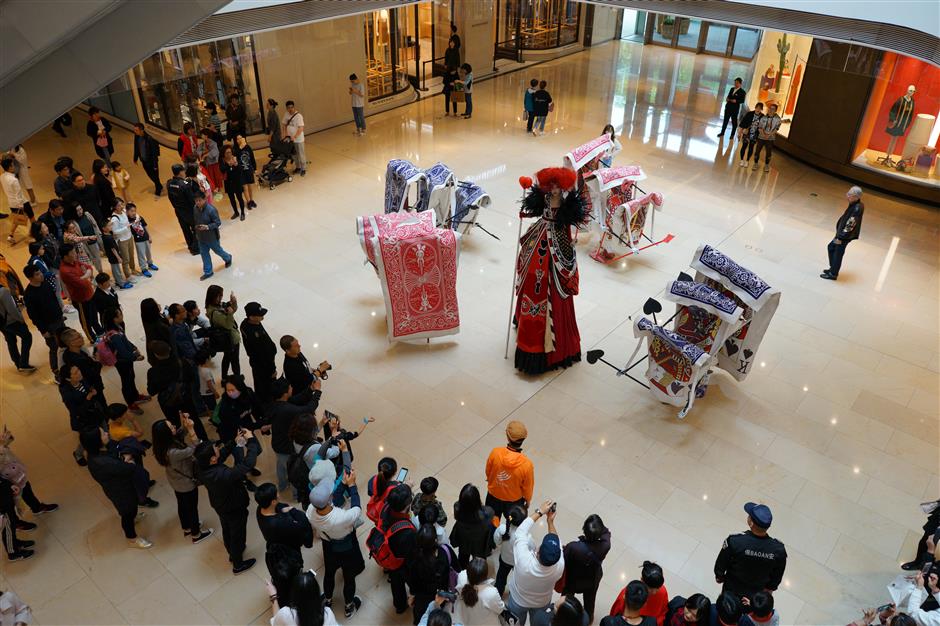 The Queen of Hearts from “Alice's Adventures in Wonderland” leads her army to seek Alice in the crowd at the Jing’an Kerry Center. 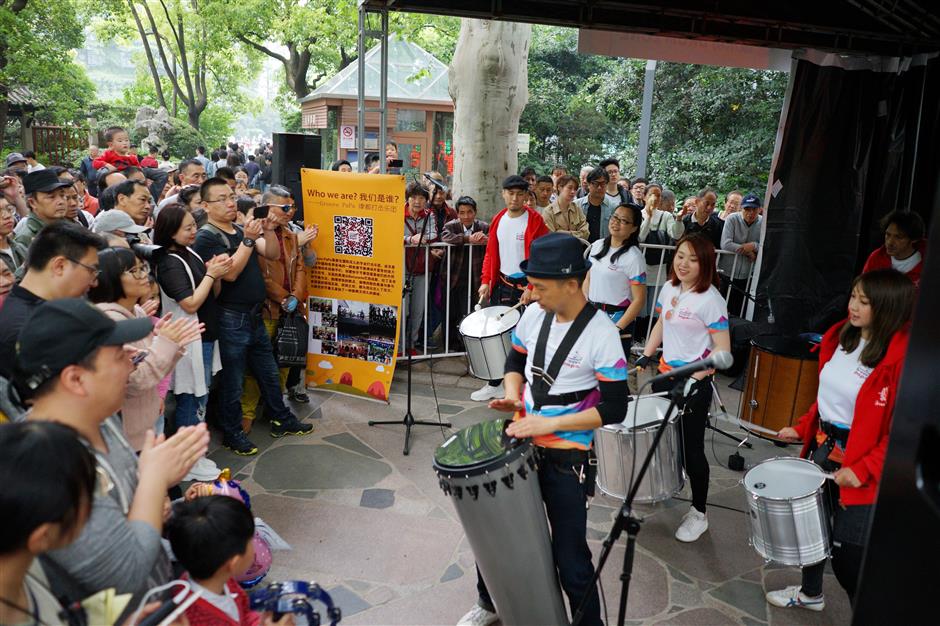 Musicians perform at a street corner before a delighted audience of passers-by. 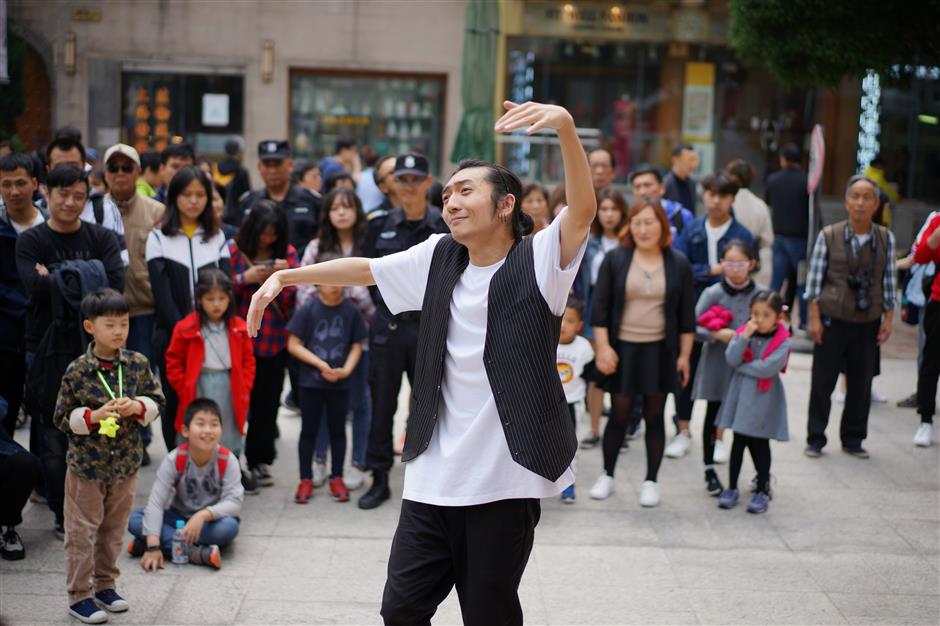 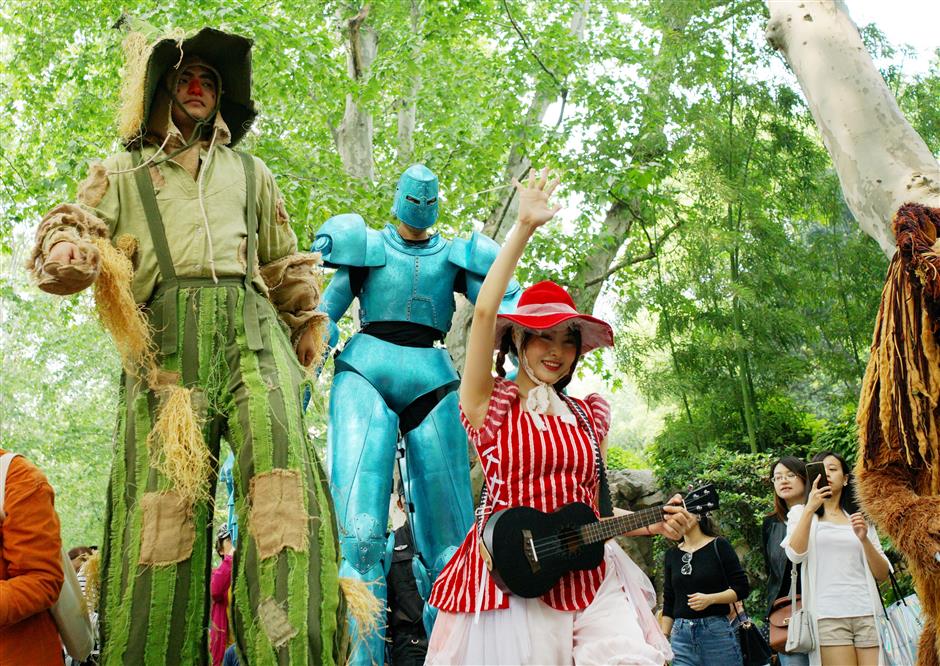 Shanghai-based Wulong Troupe play Dorothy and her friends as they take people to the magical land of Oz.

The Tin Man interacts with children in an outdoor performance. 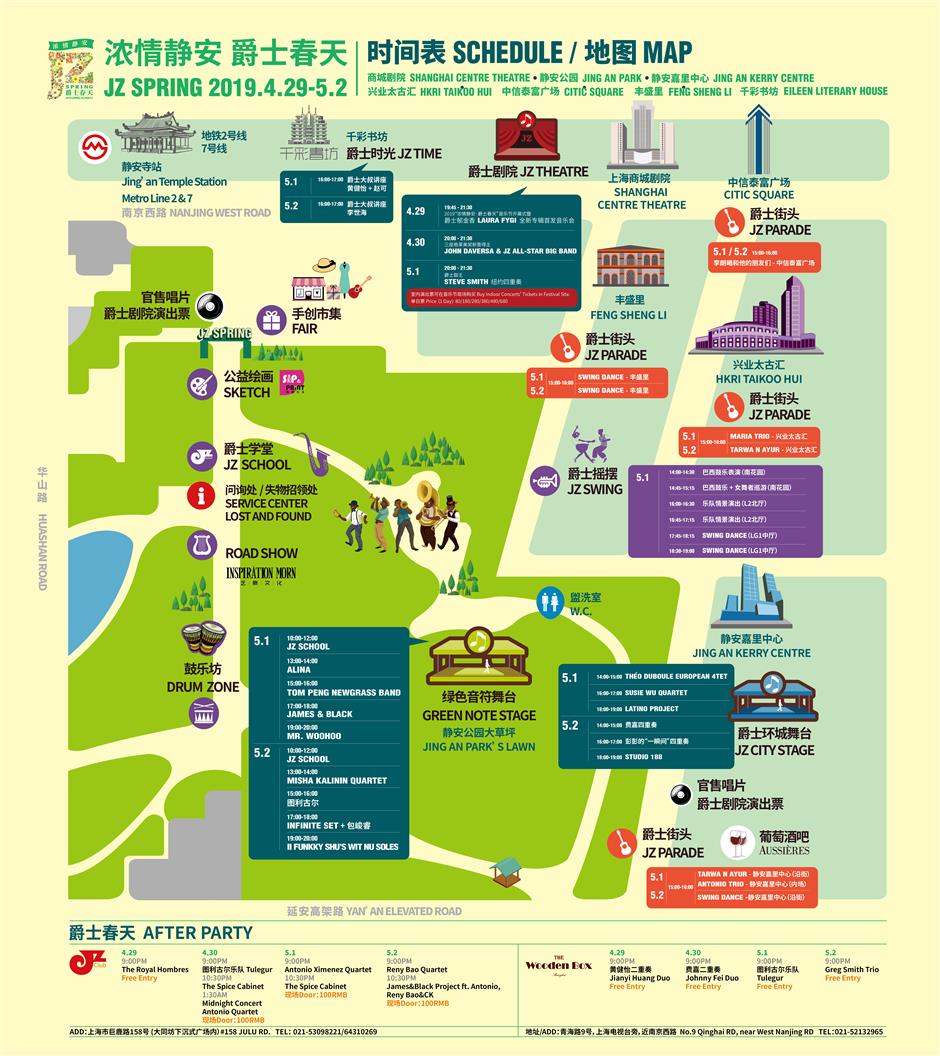 Something for everyone in Jing'an District during the Labor Day holiday.