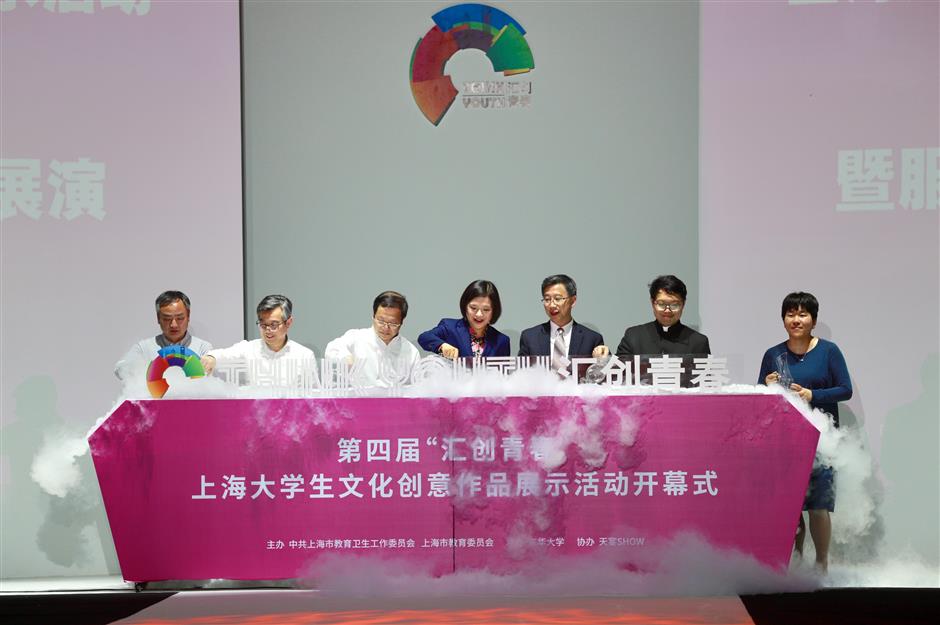 A catwalk show was held in Shanghai on Sunday to kick off the annual “Think Youth” festival to showcase creative works by college students.

The festival is the fourth of its kind organized by the Shanghai Education Commission to encourage innovation and entrepreneurship among students and build a creative bridge between universities and industry. It includes 18 activities to display more than 1,000 creative products produced by students from more than 40 colleges in Shanghai, about 10 in other cities in the Yangtze River Delta region and over 10 from overseas.

The festival is open to not only officials, students and faculties from universities, but also representatives from enterprises. In the previous three years, some enterprises bought students’ designs while some even offered jobs.

Sunday's event attracted students from 15 cities in the Yangtze River Delta region to showcase 366 outfits. It was the first time for university students from schools outside Shanghai to participate in the show, which had shown a total of 608 outfits in the previous three years. 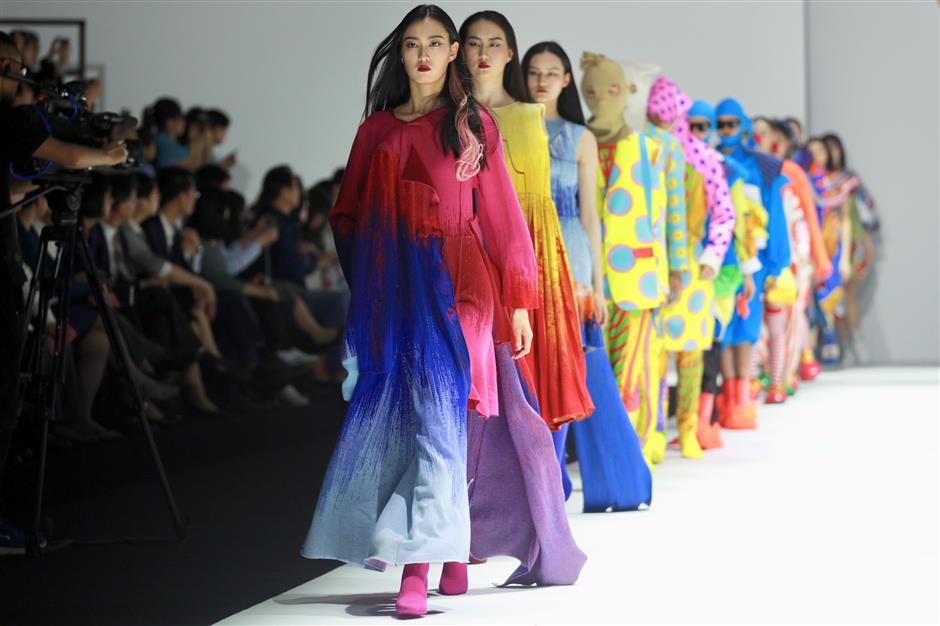