Man falls to his death from elevated road

The accident captured on dashcam as the motorcyclist collides with the side barrier on an elevated road and falls to his death. 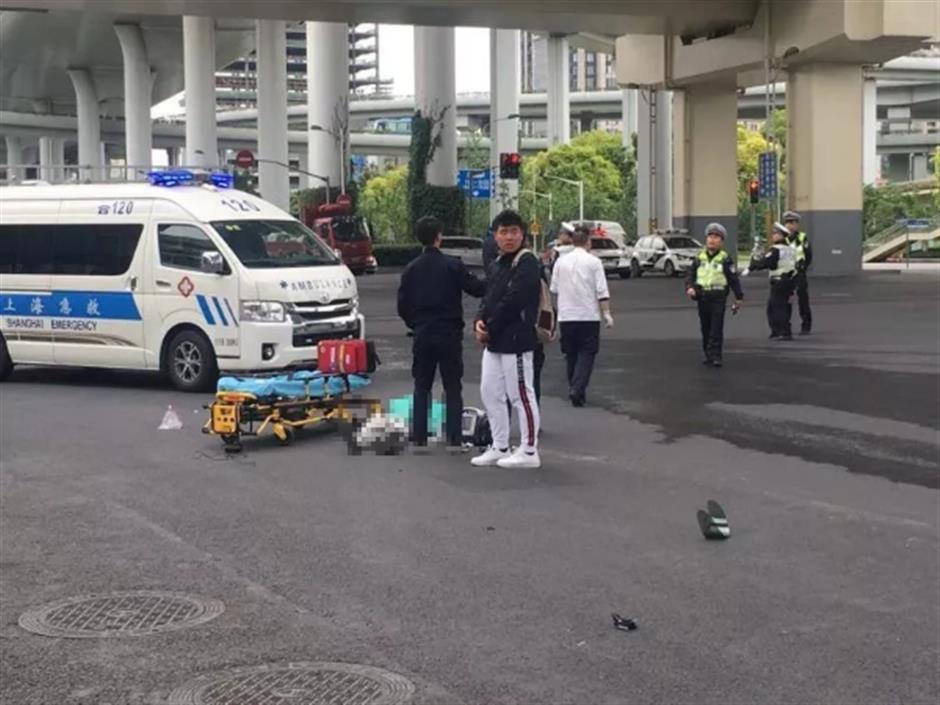 The body of a motorcyclist lies beneath the elevated road he should not have been traveling on.

A motorcyclist died when he fell from an elevated road after his machine collided with a side barrier on Tuesday afternoon.

The accident happened at the Wenshui Overpass of the North-South Elevated Road.

The man was confirmed dead at the scene, police said. They had got a report at 3:49pm.

An investigation is still underway.

It was not the first time that motorcycles were involved in accidents on this part of the North-South Elevated Road. There were similar incidents, both fatal, in 2007 and 2010.