The Shanghai Maritime Court has accepted more than 200 disputes related to ship collisions in the past four years, with the number rising each year, it said on Wednesday.

"Rapid economic growth is bringing more ships to the city and the sea lanes pass through some traditional fishing areas," said Xin Hai, a presiding judge.

And as Shanghai builds itself into an international shipping center, more and more merchant ships from all over the world come to the city.

More than half of disputes are over liability for damage caused by a collision, while the others were about pollution and personal injury, a white paper issued by the court shows.

The white paper highlighted 38 ship collisions in which 70 people died and 12 vessels sank.

The court has called in experts to look at the issue of foreign vessels and set up a translation team of young judges. It also plans to call on foreign experts from leading international institutions.

According to the white paper, most collisions happen at night and the main causes include speed overtaking, illegally sailing in fog, negligence on lookout and unqualified sailors.

The court has developed its own data analysis software for analysing accidents and ship movements, which has been trialled since February 28.

Reporters were shown an example of the analysis of a collision between the "Shunqiang 2" and the "Yong'an" at Wusongkou port.

The "Shunqiang 2" sank, with all 10 crew, leaving no witnesses for the court case.

But with the help of the software, the waterway condition and tracks of the two vessels and other ships in this area were clearly shown on the screen. 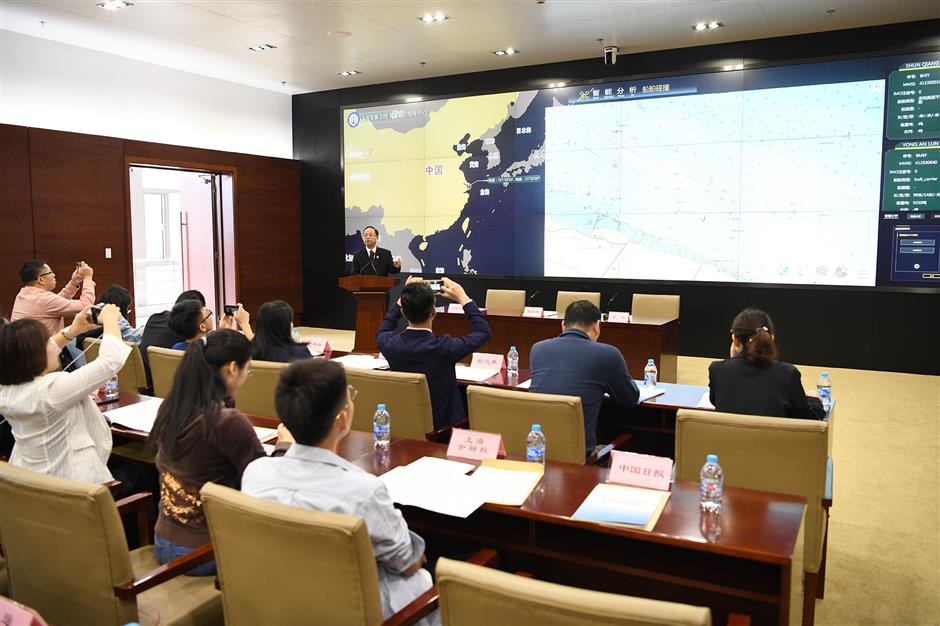