A close look at the No.1 telescope in Asia 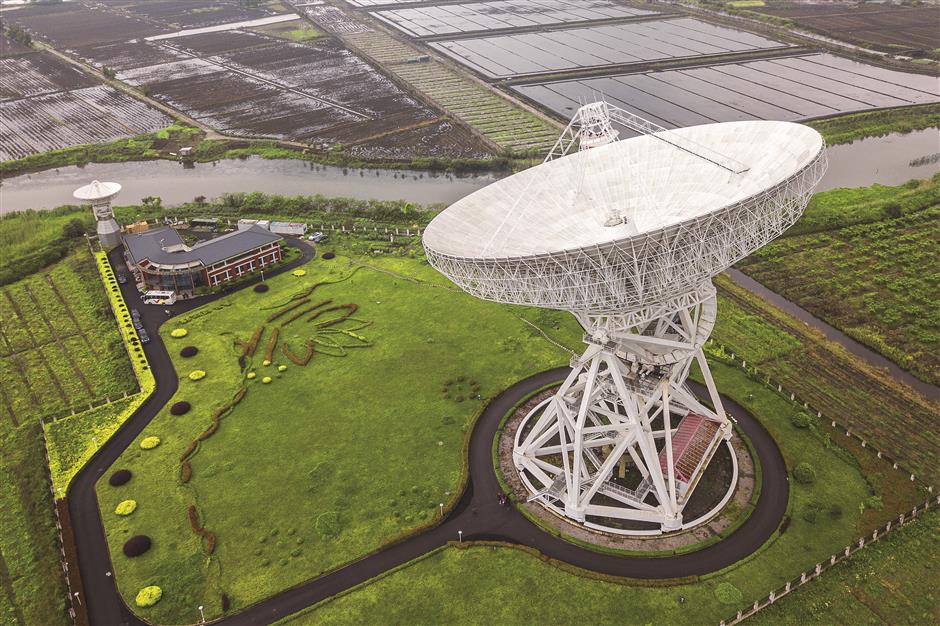 Tianma Telescope, as large as eight basketball courts with a diameter of 65 meters and height of 70 meters, stands in the fields at the foot of Sheshan Hill in Shanghai’s Songjiang District.

The telescope has been nominated for this year’s Shanghai Science and Technology Awards, which are set to be announced next week.

Unlike an optical telescope that receives visible light, radio telescopes — large dish antenna used alone or in an array — pick up radio emissions from the universe. Then, scientists process the data and draw sky maps.

Many celestial bodies, such as the black hole in the middle of Milky Way and rapidly-rotating stars, are only detectable in the radio frequency portion of the electromagnetic spectrum.

Since the radio telescope was invented, many new discoveries have been made.

Just last month, people get to see the first image of a black hole captured by the Event Horizon Telescope, a network of several radio telescopes scattered across the globe. 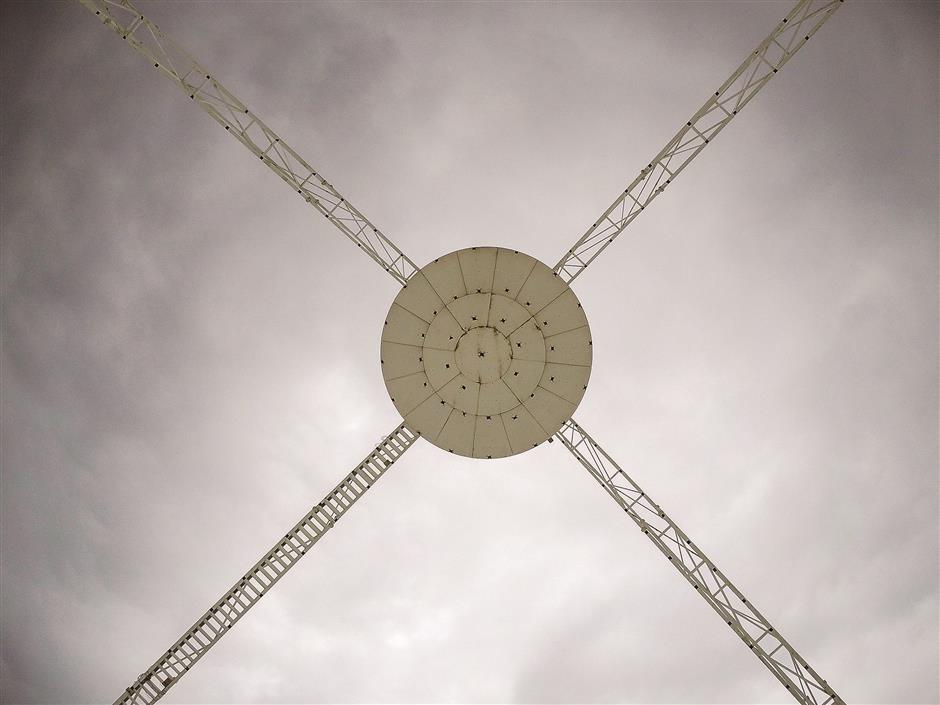 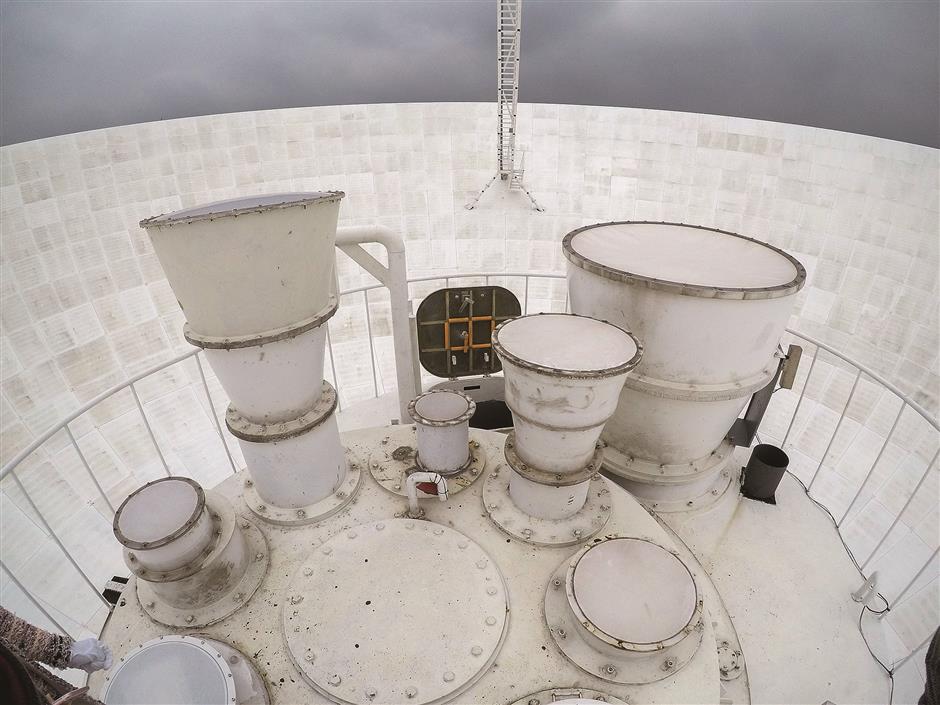 Views from the inside of the bowl-like antenna. Tianma can pick up eight different frequency bands, making it powerful enough to observe celestial bodies more than 10 billion light-years away.

Tianma can pick up eight different frequency bands, making it powerful enough to observe celestial bodies more than 10 billion light-years away. If it was on Mars, it could pick up phone calls from the Earth.

It has been used to find a flaring, super-noisy and strongly magnetic neutron star that is rarely seen and to detect complicated organic compounds in that link to the origins of life on Earth.

Also, it plays a vital role in the country’s Chang’e lunar probes.

According to the Chinese Academy of Sciences Shanghai astronomical observatory, it will play its part in a set of crucial missions in the near future, including China’s first Mars probe in 2020 and the Jupiter probe in 2025.

Tianma can turn in every angle, offering a 360-degree panorama of the universe with a resolution as good as 3 arc second — equaling to 1/7,200 degrees of every tick that secondhand of a watch makes.

So, 1,104 actuators were installed on the back to support and adjust the panels during the move, ensuring accuracy in any angle. 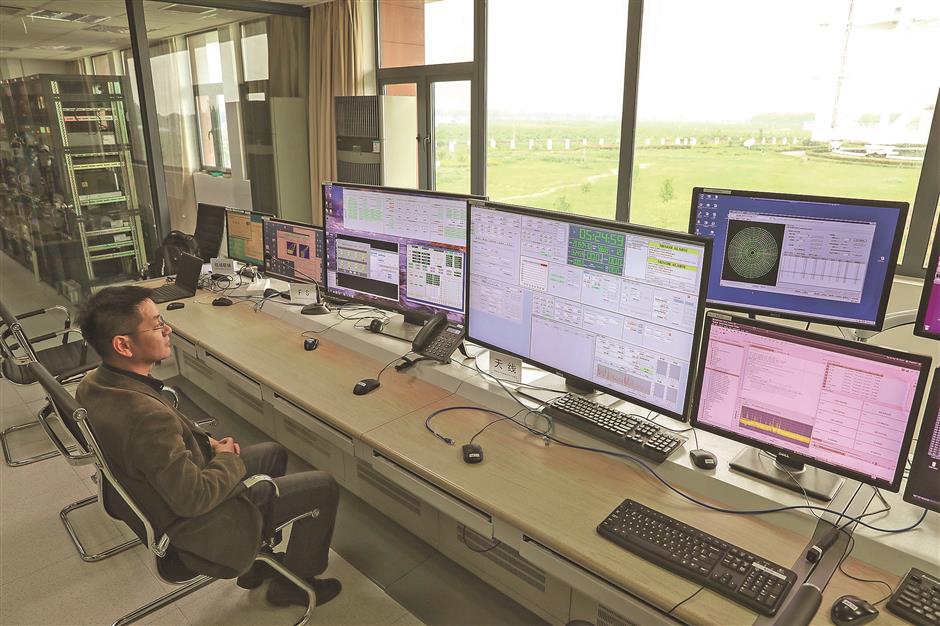 Wang Jinqing, a researcher with Shanghai astronomical observatory, observes data from Tianma in his office. After the radio telescope picks up radio emissions, scientists can process the data to draw sky maps. 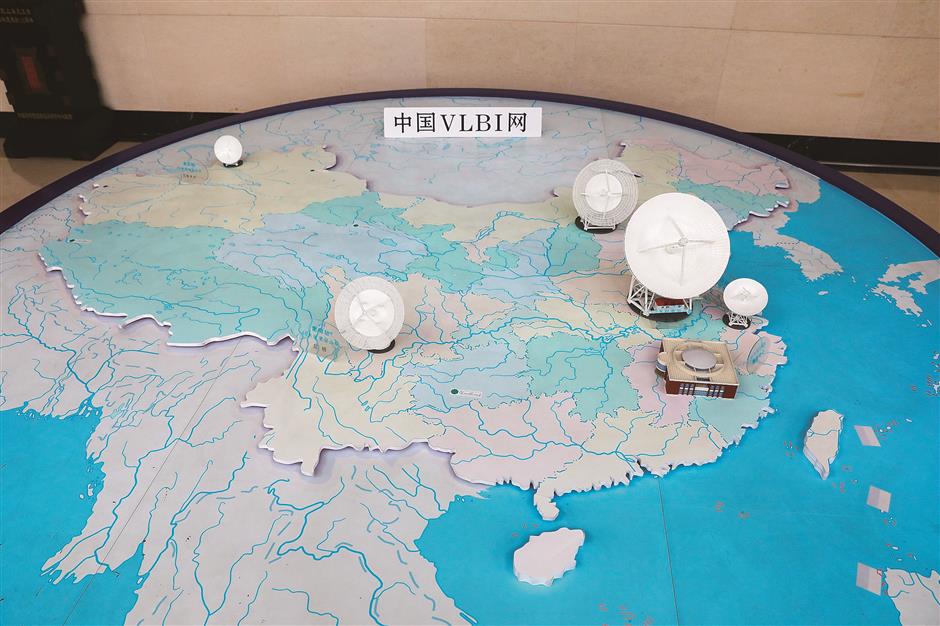 A map shows telescopes in Beijing, Shanghai, Kunming and Urmuqi. In a system of very long baseline interferometry, a signal from an astronomical radio source is collected at multiple radio telescopes. These telescopes can work together as a super telescope with a diameter as wide as 3,000 kilometers.