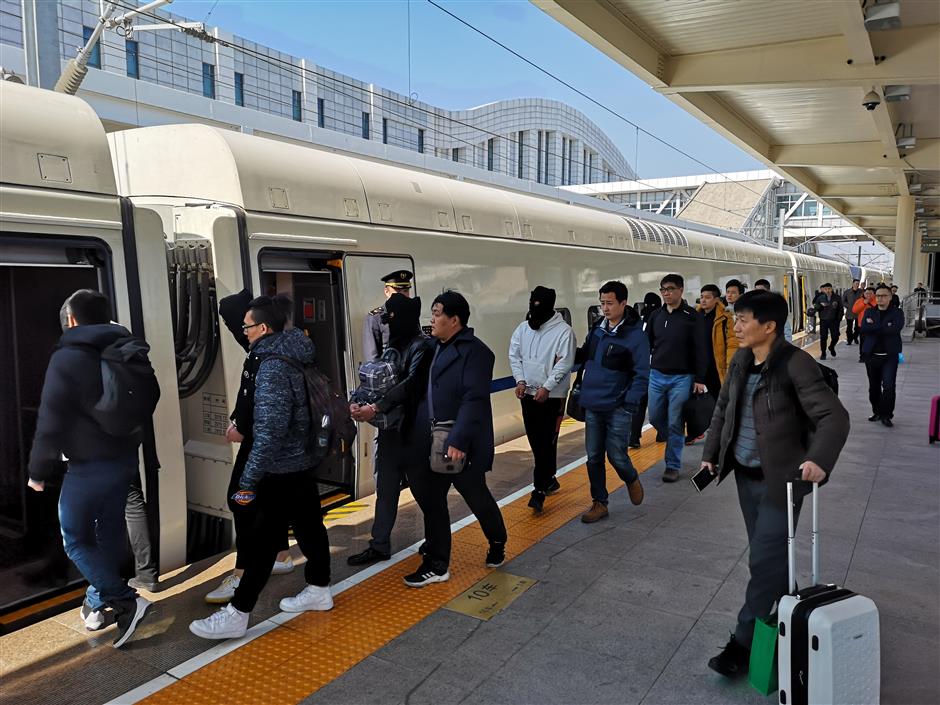 The suspects are taken from Heilongjiang Province, where they were based, to Shanghai by Shanghai police.

Fourteen people have been detained over an alleged Internet loan scam, Shanghai police said on Thursday.

Claiming the loan could cover their previous losses, the suspects charged the victims 198 yuan (US$29) each for the service and made over 540,000 yuan, police said.

The victims were all people who had lost money in other online frauds, and the suspects found them on the Internet, according to the police.

The suspects, who ran a company in Heilongjiang Province, were contracted to promote a loan product by an insurance company based in Huangpu District in Shanghai and a bank.

They allegedly told victims that if they paid 198 yuan, they would not have to repay the loan or the interest.

The suspects, introducing themselves as bank staff, assured the victims that it was a government policy to offer relief to fraud victims, police said.

The insurance company reported the case to the police in February after an unusual surge of applicants of the loan product.

The company claimed that about 5,000 applications were sent within a week, and about 1,200 applicants got the loan, but most of them failed to return the loan within due dates.

The company faced a large loss of money as according to its contract with the bank, if a debtor fails to repay the loan, in certain circumstances it will cover the bank's loss.

Over 2,000 people from different parts of China including Shanghai fell prey to the gang, police said.