Shanghai hosts international forum on future of the Arctic 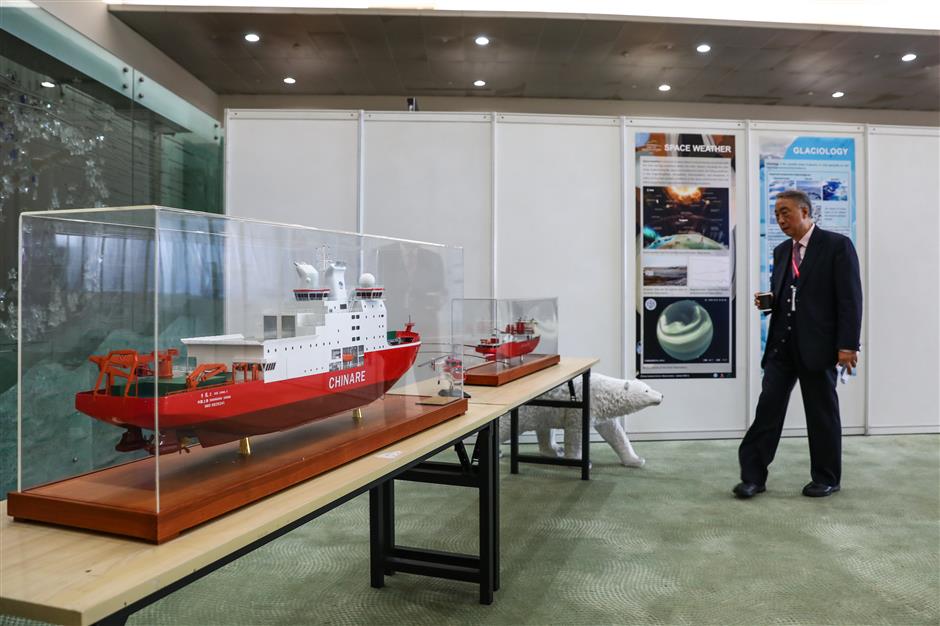 Shanghai is home to the Polar Research Institute of China. And every year, Xuelong, the country's first polar research vessel that was imported from Ukraine, sets off from Shanghai to carry out scientific research expeditions.

Now, Xuelong 2, built by the Jiangnan Shipyard Group in Shanghai, is set to be put into service this year.

This will boost the country’s capability for polar scientific research and help scientists make breakthroughs, Chen told the two-day Arctic Circle China Forum that opened on Friday at the Shanghai Science and Technology Museum.

Construction of the vessel started in December 2016. In September 2018, it was deployed in Shanghai.

It is the first scientific research icebreaker in the world to use two-way icebreaking technology, which allows it to break ice using either its bow or stern.

Wang Hong, administrator of the State Oceanic Administration, told the forum that China will actively participate in Arctic affairs and strive to contribute its wisdom and strength to the sustainable development of the Arctic.

He said China would like to work with other countries to deepen the exploration and understanding of the Arctic by conducting joint scientific expeditions to the North Pole, and sharing observations and data as to promote the monitoring and assessment of climate change and environmental issues in the Arctic.

Wang also proposed that China work with other countries to address the environmental challenges facing the Arctic.

This includes working together on scientific assessments on how global climate change and human activities impact on the Arctic ecosystem, and promoting international cooperation on protecting Arctic species and restoring the local ecosystem as part of a "Polar Silk Road,” Wang said.

This would also include cultural exchanges.

The "China and the Arctic" forum attracted about 500 diplomats, scholars and entrepreneurs from countries and regions including China, Iceland, the United States, Canada, Europe, Japan, the Republic of Korea and India, and representatives of indigenous peoples of the Arctic.

The Arctic Circle Assembly, at the initiative of Iceland, was founded in 2013.

As the largest international gathering concerning the Arctic, the assemblies are held every October in Iceland, and special Arctic Circle forums are held in other countries.