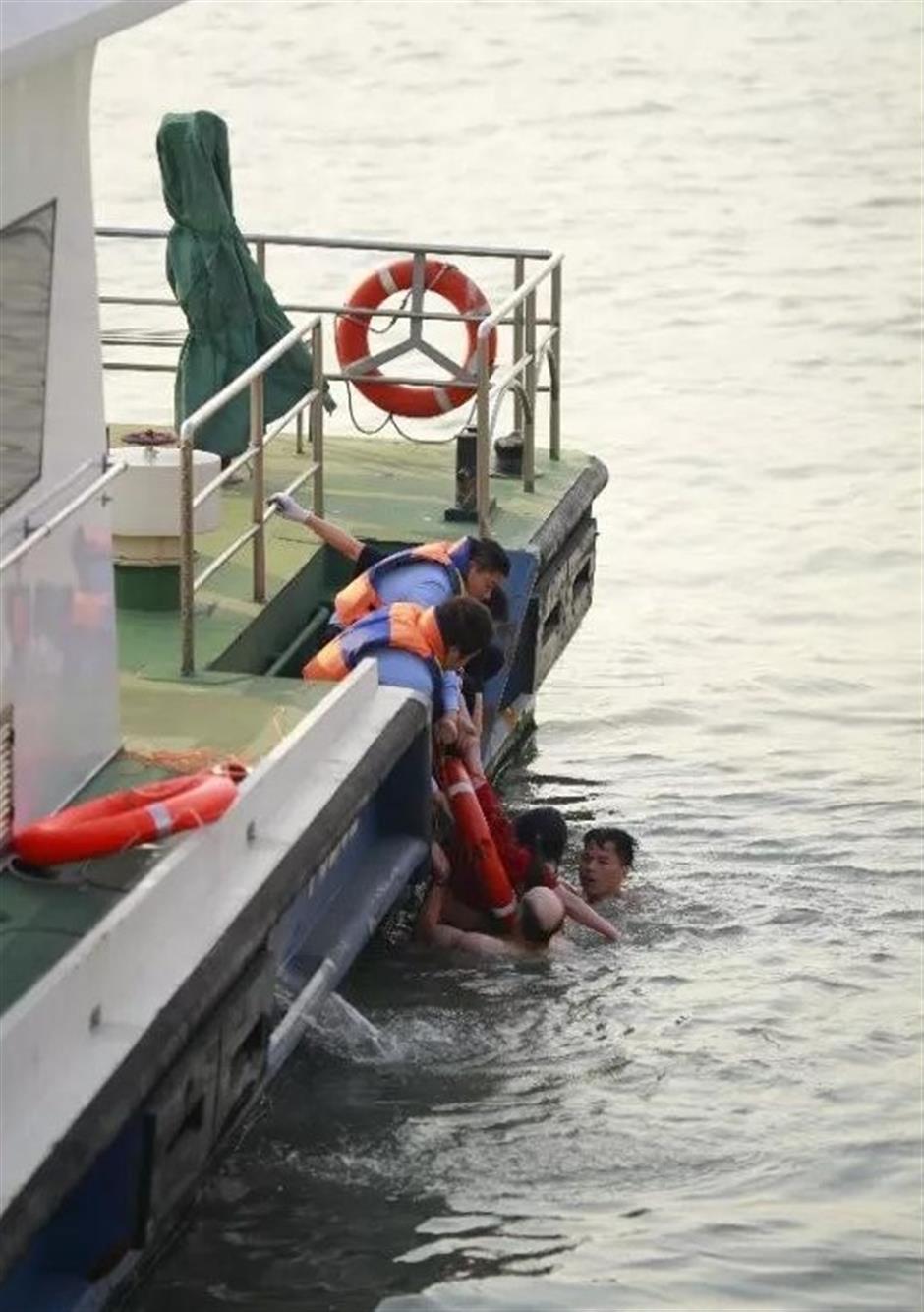 A woman who fell into the Huangpu River early Saturday morning was saved by the efforts of marine police and two morning joggers on the Bund.

Yu Yonggang, a young finance industry worker, was jogging with about 40 friends on the Bund at 6:30am when he spotted a crowd staring over the riverside railings near the intersection of Guangdong Road and Zhongshan Road E1.

“A woman was struggling in the water a few dozen meters from me with a life buoy near her, and without a second thought, I jumped in,” he told Shanghai Daily over the phone on Sunday.

The buoy had been thrown to the woman by some guards along the embankment.

“There was only a flashing moment when I realized that the water near the bank could be quite shallow and dangerous for people who jump into it from a height,” Yu said.

A German man jumped into the water a few minutes later to help with the rescue.

“I was thankful that he joined me because the river is cold in the morning, and my strength in holding the woman up alone might not be enough,” he said.

Meanwhile, Jiang Qiuqi, a patrol officer of the marine police, fired up a rescue boat as soon as he got report of the situation.

Jiang said his team pulled the woman onto the boat first, and then hauled the two men up.

“We revived the woman at once,” he said, adding that she was later taken to a police station.

Yu said the German, whom he had met while jogging, was staying in a hotel near the Bund and it was the first time that he had jogged there.

Yu said he considers it was his duty to try to help within his capabilities.