The city is making good progress in conserving the use of water, the Shanghai Water Authority announced at the opening ceremony of water-saving awareness week over the weekend.

Third-party management has been introduced citywide to help save water over the past few years.

Zhang Lijian from the city’s water supply bureau said more than 50 companies and organizations had signed contracts with the third party for technology to save water.

“The cost of the equipment will be recovered in five years due to savings,” said Zhang.

At Tinglin Hospital, in Jinshan District, an intelligent water management system has been installed. A week after it became operational, it notified maintenance workers that a solar water heating pipe had broken. It was quickly fixed, avoiding a considerable loss of water.

In Chongming District, which began the campaign to develop a water-saving society on Saturday, more than 90 percent of farms are using water-saving irrigation.

At the demonstration base of the National Engineering Research Center of Protected Agriculture, scientists are growing peppers, cucumbers and tomatoes in specially designed greenhouses.

Rainwater is used for all irrigation.

Ding Xiaotao from the center said the greenhouses use some 23,000 cubic meters of rainwater every year.

“To grow 1 kilogram of cucumber, we need only 13 liters of water,” said Ding.

He said such greenhouse technology is now widely used in Jinshan and Pudong.

The district is also raising awareness of saving water in schools.

Changjiang Primary School built a 2,000-square-meter pond to collect rainwater and waste water from air-conditioning. It is used to water plants in the school.

“The water-collecting system cost 10,000 yuan,” said Huang Chunrong, headmaster of the school. “It collects some 400 liters of water annually.”

This year, the water authority is making new plans to save more water from agricultural and industrial practices, as well as the daily consumption of water by residents. 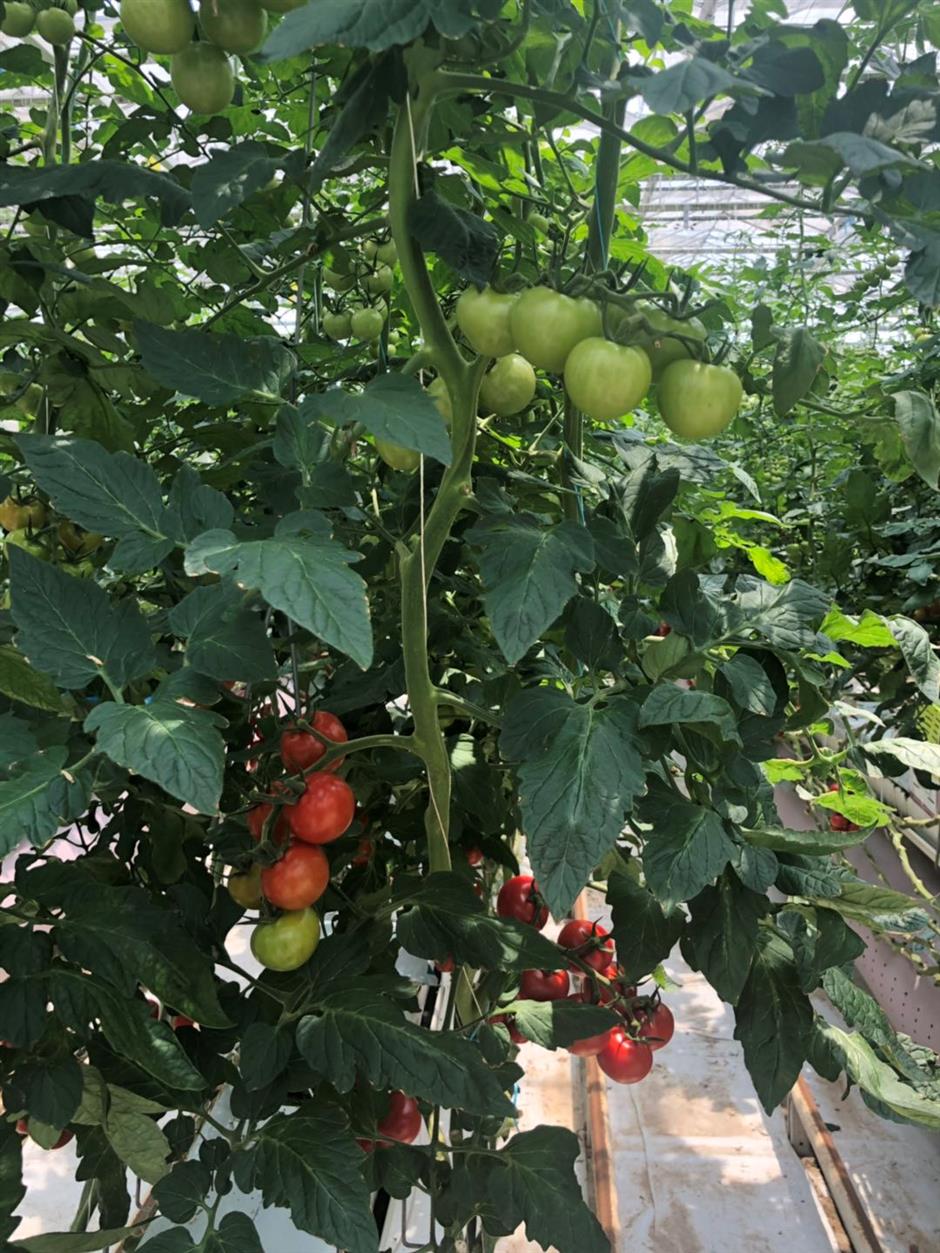