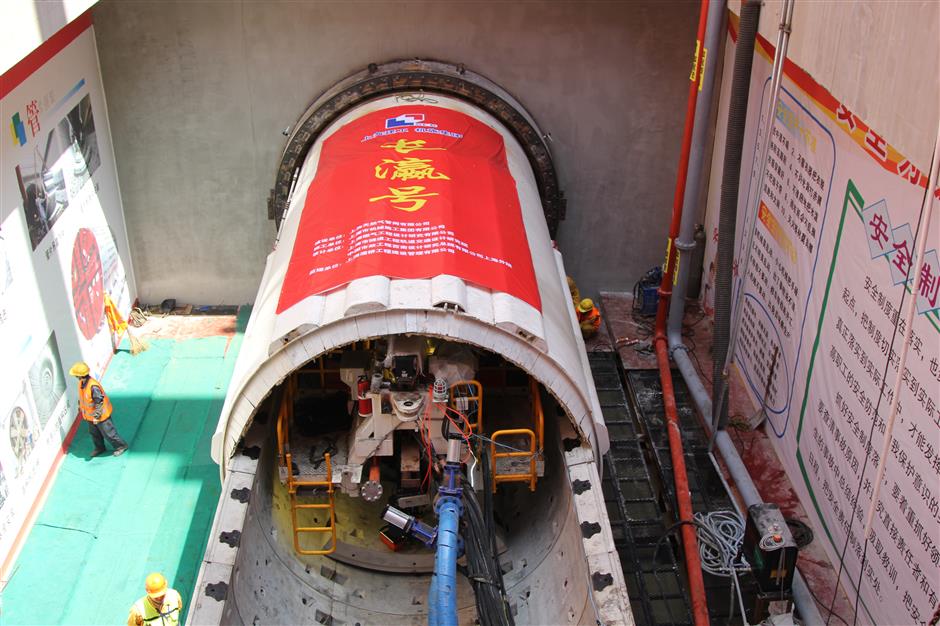 Digging equipment has been set up.

Excavation work will start on Monday on a major natural gas pipeline which will connect Changxing and Chongming islands with the Pudong New Area.

The project, a key part of Shanghai's overall natural gas network, is expected to ensure the stable supply of gas to the residents and shipbuilding industry on Changxing Island, while relieving low-supply pressure in the north part of Pudong upon its completion in 2022.

The supply of clean energy to Chongming will also be assured, said the Shanghai Mechanized Construction Group Co. The new pipeline will complement an existing link in neighboring Jiangsu Province.

A cutting-edge shield will start digging from Changxing to Chongming islands on May 13, the most challenging section of project.

The cross-river pipeline will stretch for a total of 24.5 kilometers. The tunnel section beneath the Yangtze River between Changxing and Chongming islands will be 8.2 kilometers long. It will be parallel to and on the east side of the Yangtze River Tunnel Bridge.

The soil beneath the river is softer with far more complicated geological conditions than that on land, said Sun Lin, the project manager.

Furthermore, the gas pipeline has a smaller diameter, only 3.4 meters, than subway tunnels, Sun said.

"However, the shield has to dig a longer way through than the subway projects," he said.

Sun described the project as “rites within a snail’s shell,” an expression paying tribute to how the constructor could perform the most complicated excavation in the inadequate of space.

The innovative shield named Chang Ying, which comes from the name of Changxing and abbreviation of Chongming, is equipped with a mud-circulation system to stabilize the soil while digging, along with high precision navigation.

There is a monitoring and alert system for methane.

The project is expected to become a template for subsequent construction of energy pipelines nationwide, according to the company. 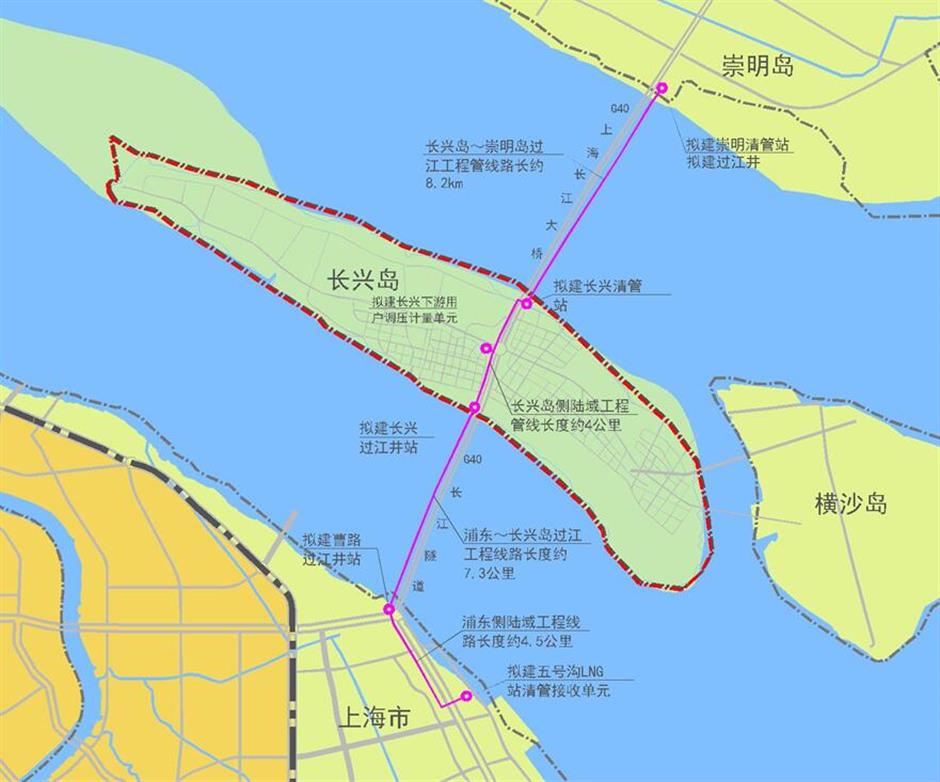 A map shows the natural gas pipe project to connect the Wuhaogou liquidized natural gas station in Pudong with Changxing and Chongming islands across the Yangtze River.

Previously, Chongming's gas was totally supplied by shipping and truck transport of liquidized natural gas. The gas price on the island was thus higher than other parts of the city.

The first natural gas pipeline began operating in October 2017 with a pipe from Rudong and Haimen in Jiangsu. It was part of the national natural gas transmission project from west to east China.

A 78-kilometer-long natural gas network had also been established by then across the island.

However, the single natural gas source can hardly meet the rising demand of the economic development of  Chongming and Changxing, which still depends on liquidized gas transported from downtown.

The new project will benefit nearly a million residents on both islands, while filling the demands of shipbuilding and power supply plants.

China's demand for natural gas is booming and expected to pass 400 billion cubic meters by 2022 as the country presses ahead with its "Blue Sky" initiative.

The initiative is a switch from coal to a range of low-carbon energy sources, such as liquefied natural gas, to cut pollution.

The central government has launched policies to enhance infrastructure and connectivity of the pipelines, and supported the building of a system for gas production, supply, storage and distribution.