Fighting myopia and obesity among students 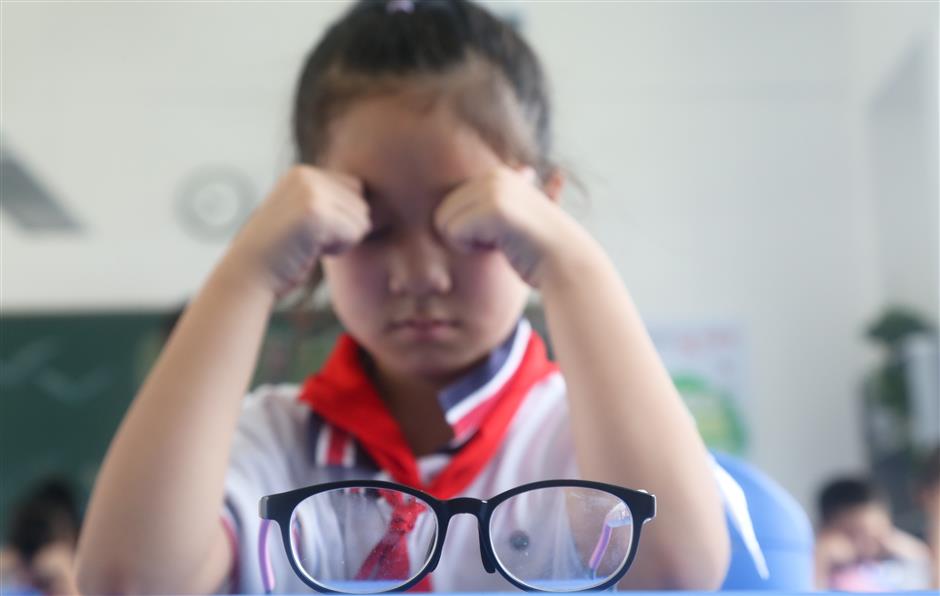 Myopia and obesity are still challenges for Shanghai students.

Authorities made the comment ahead of the coming 30th National Student Nutrition Day, which falls on May 20.

Experts from the local disease prevention and control center said the national rate of students suffering from myopia was 53.6 percent last year, while the percentage in Shanghai was higher, without giving the specific figure.

Meanwhile, 11.73 percent of the students said they spent more than two hours a day on the computer, while 34 percent watched TV at least one hour every day.

The center also revealed that the obesity rate among local students has been rising.

The center said there are some improper diet behaviors in local primary and secondary school students, such as drinking sugared beverages.

One of its surveys in 2015 found about 74.6 percent of the students drank sugared beverages at least once a week, and 36.5 percent drank them at least four times a week. 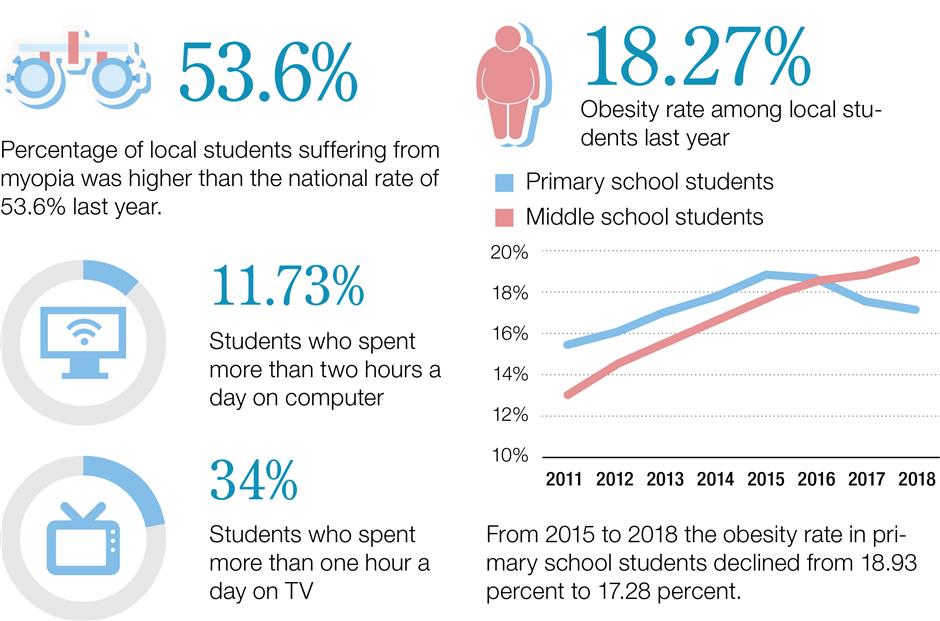 Another survey in 2017 found 20.5 percent of local secondary school students ate vegetables less than twice every day, and 43.1 percent ate fresh fruit less than once every day.

Shanghai authorities have been monitoring students’ behaviors that might affect their health, including poor dietary habits, sports and sleep, so as to work out measures to improve their health.

Meanwhile, the education commission in the city has been increasing outdoor exercises in local schools.

Currently, most schools in Shanghai are required to offer three PE classes per week.

Last year, China’s Ministry of Education and another seven government departments released a plan to control and prevent myopia among adolescent students.

To achieve the goal, it calls on both parents and schools to increase outdoor activities and reduce academic burdens and time spent in front of digital screens.