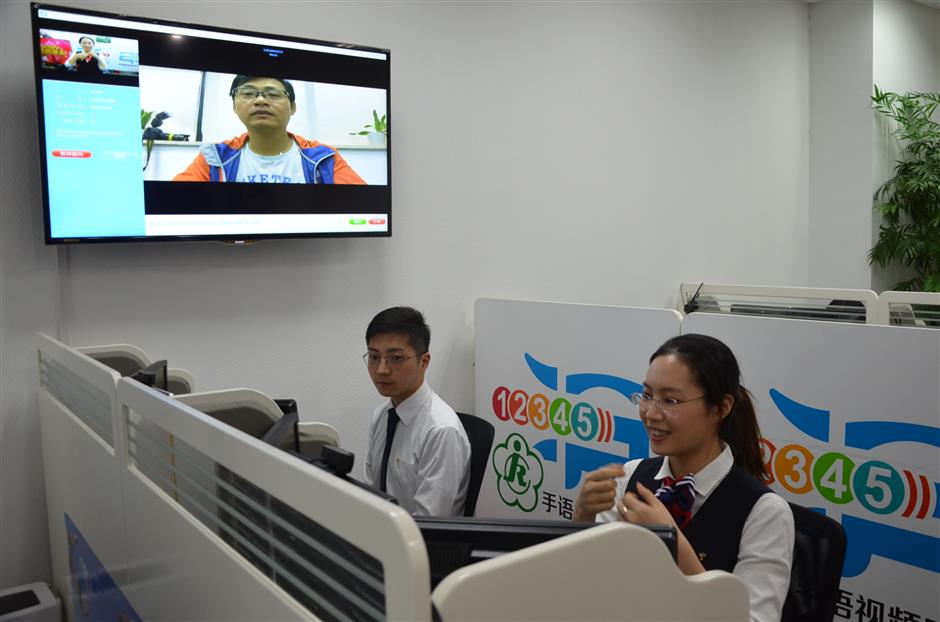 The city government hotline 12345 began sign language video services on Monday, helping those with hearing impairment and aphasia to make inquiries, forward complaints and suggestions via cell phones and computers.

Shanghai has about 72,000 people with hearing impairment and aphasia.

"Providing public services to these people embodies the city's warmth as an international metropolis," said Wang Jianhua, deputy chief of the hotline and director of the city's public complaints and proposals office.

People need to download a video terminal to contact the hotline and the service runs between 9am and 11:30am, and 1:30pm and 4pm from Monday to Friday.

It is the first government service hotline to provide sign language services on the Chinese mainland.

The hotline has two service persons of sign language at present.

The first video telephone was made by a man surnamed Wu.

"People with hearing impairment like video telephone when contacting relatives and friends, while the packages provided by telecommunications operators for deaf people have not been changed for years," he said through sign language. "I hope the packages can be updated and give more discounts to us, particularly in terms of cell phone data."

On the other side of the screen, Tian Lu, a service person, told Wu that "I have recorded the suggestion and will transfer it to the relevant authorities" via sign language.

Wu gave a thumbs-up to the service.

"We are able to make suggestions like normal person thanks to the service," he "responded" with sign language.

As of 4pm on Monday, the hotline had received 10 video calls about such content as the employment of the disabled and training for them.

A shortage of sign language hotline operators is the major problem. It takes eight to 10 years to train a professional sign language translator, according to the Shanghai Disabled Persons' Federation.

Even sign languages have "dialect," said Tian, adding that she spent more than one year learning the national standard sign language.

"The gestures of Shanghai are different from the national one even if the order is almost the same," she said.

"It is difficult for deaf and mute people in daily life if there is no translator to help them communicate," said Zhou Xiang, another hotline operator. "I will try my best to serve them." 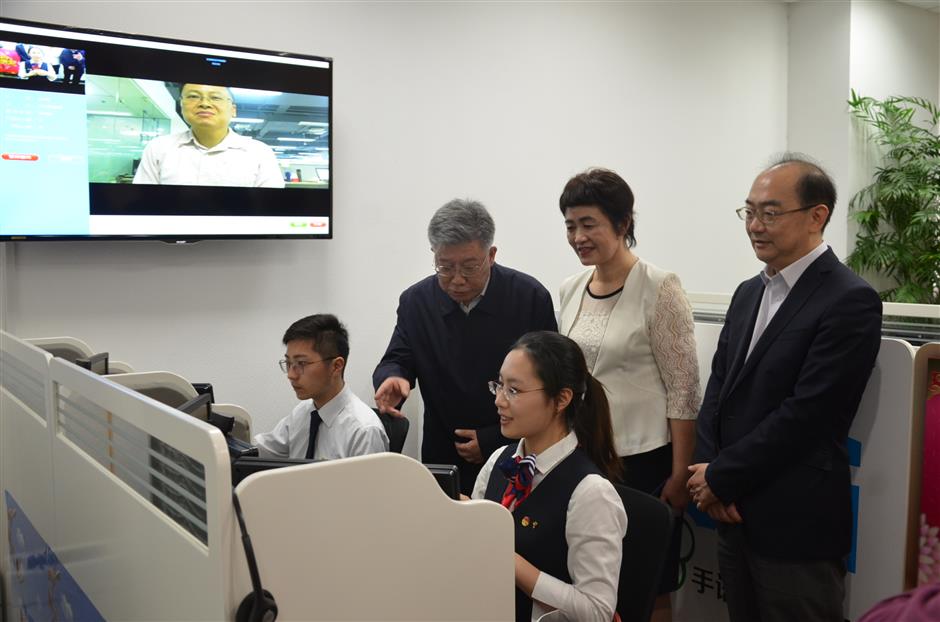 Wang Jianhua (second left), deputy chief of the hotline and director of the city's public complaints and proposals office, inspects the hotline operation.