Malls and offices a garbage-sorting problem 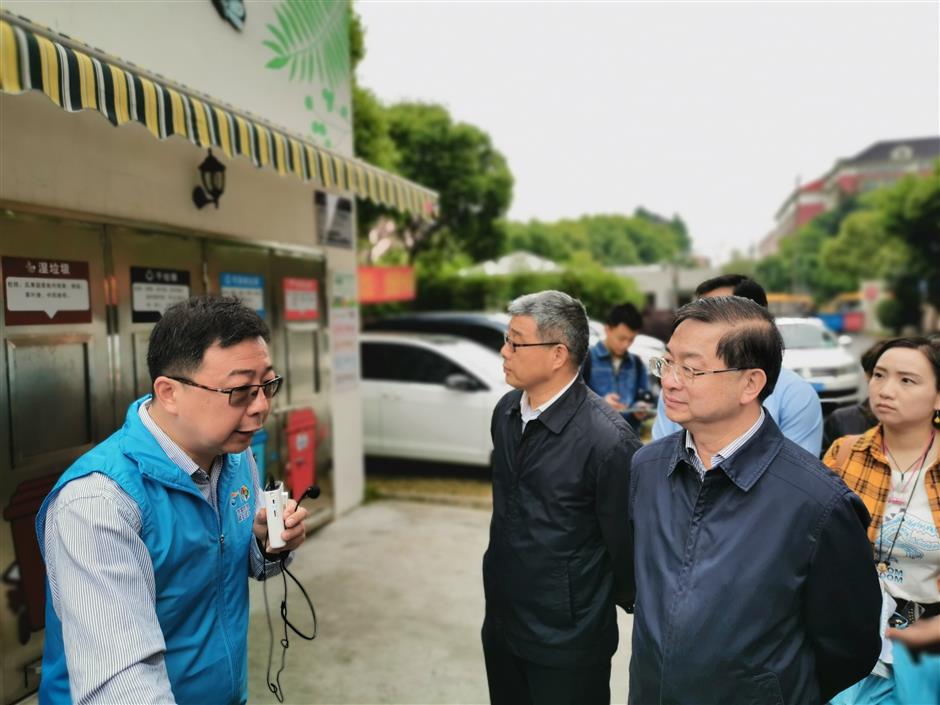 City legislators were holding a field investigation and working conference on garbage sorting in Changning District as a part of an ongoing campaign to supervise preparation and implementation of the city's first garbage-sorting regulation, which is to take effect on July 1.

Shi said so far he found that older residential complexes with organized residents’ committees were leading the efforts in garbage sorting with consistent and effective promotion of the new regulation while those where residents’ committees had a weaker presence were doing worse, especially in the scheduled dumping of garbage.

However, office buildings and shopping malls were a greater problem.

“In many office buildings, the property management providers don’t have enough space to sort out the garbage collected from the offices,” Shi said. “Shopping malls are faced with more or less the same problem, and the biggest challenge yet is to have businesses with a street front properly sort their garbage.”

“Some residents told us that they don’t find it quite necessary to dump their garbage only at scheduled hours since they have already sorted out the garbage before dumping.”

Zhao Zhenling, a deputy and vice director of the Shanghai Earthquake Forecasting and Analysis Center, said many residents were still confused about the garbage-sorting rules.

“It’s still disputed whether used batteries should be disposed as hazardous waste or dry waste,” he said. “They’re better disposed as latter because by being mixed with other waste the hazardous chemicals in the batteries won’t pollute the land as intensively as otherwise.”

In Changning District, one of the first Shanghai districts to promote garbage sorting, 95 percent of the 739 residential complexes have already enforced scheduled garbage dumping at fixed locations, the district government told the legislators on Monday.

Chen Huawen, vice head of the district government, said the scheduled hours for garbage dumping will likely be extended in summer for the convenience of residents and the frequency of garbage transport will be increased to ensure a clean and healthy living environment.