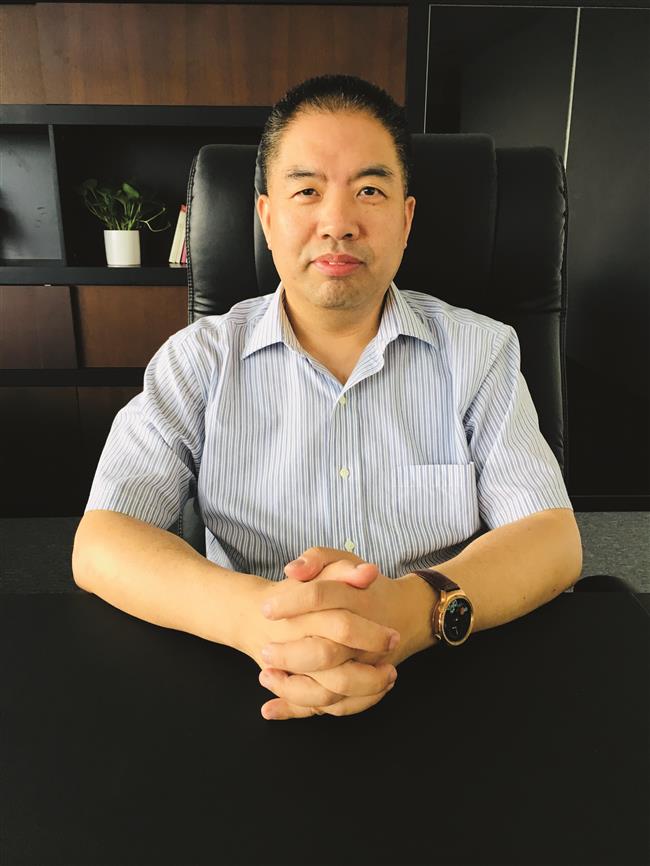 Once a humble researcher and teacher, Yang Ruijun is today president of CSG Smart Science and Technology, a leading enterprise in the fields of artificial intelligence, industrial robots, smart logistics and smart electric.

“As a pioneer of technology innovation, I always believe in innovatively serving customers’ needs and persist in achieving that,” he says.

Years of study and training at military school and work experience on some of China’s major military high-tech projects at the Jiuquan satellite base in Gansu Province and in Nanjing, Yang, at the age of 48, has grown into a man with great self-discipline, strong learning motivation and the strength of will to overcome all obstacles.

In 2002, he joined CSG as head of its technological development department, in charge of scientific research in communication automation. At the time, CSG was only engaged in the power automation industry.

In 2013, at the turning point of reconstruction and transformation, CSG marched into the artificial intelligence and robot industry. The company had gone public in 2011 and Yang, as one of the members who took part in the listing process, went from being a technician to a manager.

“It was no easy job at first but the military training experience taught me strong adaptability. A qualified corporate leader should have enough foresight, communicative skills, learning ability and a holistic, global view,” Yang says.

Songjiang-based CSG has become one of the leading solution providers of industrial intelligence with offices, factories, subsidiaries and R&D centers in China, Asia and Europe.

They are capable of transferring goods, assembling parts, welding and polishing.

The products are widely used in many fields such as vehicles and the military, with clients including Volkswagen and Ford.

“CSG is one of few Chinese enterprises which can break the long-term monopoly of mainstream car makers with foreign high-end robots in the welding production line,” Yang says.

It also has specialized inspection robots for tunnels, power distribution stations and substations with independent navigation, positioning and charging functions.

At last year’s Singles Day shopping festival, express delivery speed was improved thanks to the automated warehouses of various e-commerce platforms equipped with robots working round the clock.

CSG makes its contribution to online shopping and the Internet economy with its smart logistics and smart storage.

“They reduce handling costs, making it more efficient with higher stability and sustainability. We not only manufacture related equipment, but also offer solutions to optimize storage space,” Yang says.

A smart warehouse features an intelligent sorting system, supply units, automatic code scanning systems and automated guided vehicles that shuttle back and forth between shelves.

“This is a new growing business for CSG. It’s still in a startup stage currently, but we estimate it has the greatest potential in future,” Yang says.

Last April, CSG’s first artificial intelligence robot Amika made its debut, showing the company’s ambition to get a head start in the hot battlefield of “Artificial Intelligence + Healthcare.”

The Amika health consultant robot is able to give a diagnosis after people input their symptoms, and search for the right medicine from its big data links with the city’s major drugstores. Users’ health information can be acquired and stored, after big data analysis, and the robot sets up health files and gives tailor-made, proper healthcare suggestions for clients.

Another new medical robot — the medical image analysis robot — can teach itself through large numbers of imaging and diagnostic data, assisting doctors to analyze medical images more precisely. The robot can greatly improve the accuracy of early-stage diagnosis for chronic diseases and their effective treatment.

“CSG is in the top tier among China-grown industrial robot makers, but we’re still left behind by foreign makers. China’s research and development capability is weak and the environment for intellectual property protection is not good enough.

It takes at least 10 years for China to catch up,” Yang says. 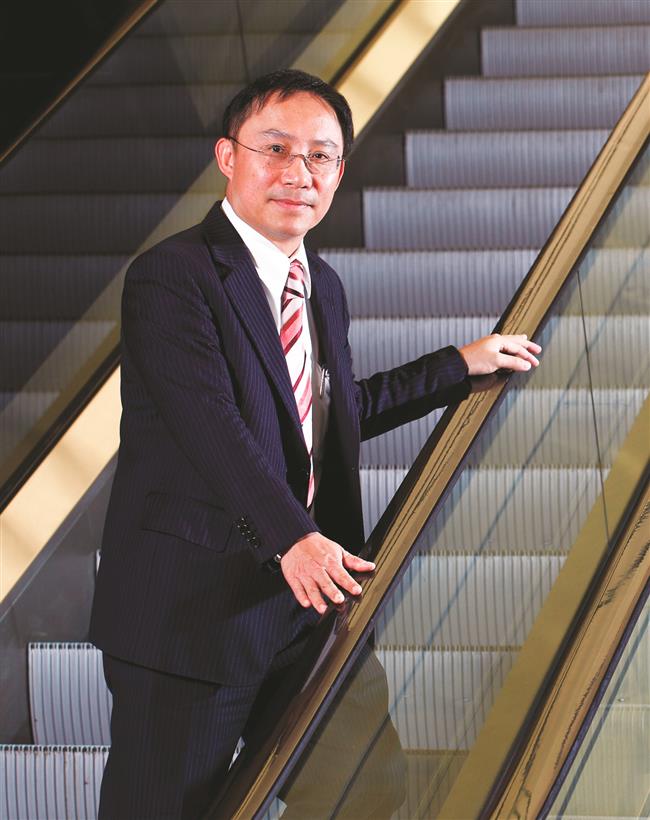 On an elevator to the top

Hsu Tsoming never expected that he would be still working and living in Songjiang District 20 years after he and his team were dispatched to the Chinese mainland to develop a Taiwan company’s business.

As president of Yungtay Elevator, a Taiwan-grown electronics equipment enterprise, Hsu was among the first batch of overseas entrepreneurs in the Chinese mainland.

“Songjiang is my hometown today,” he says.

The 58-year-old has witnessed the city’s dramatic urban development and that of the country’s elevator industry.

Having been at Yungtay for more than 30 years, Hsu has worked in almost every department from IT support to auditing, accounting and after-sales, climbing the corporate ladder step by step.

In 1999, Hsu was assigned to Shanghai to help expand Yungtay’s business.

At the time, China had just been through the global economic crisis and Hsu sensed signs of a revival.

In 2000, the real estate market was open and mortgages were allowed, which gave a strong boost to home sales as well as the elevator industry.

Hsu grasped the opportunity, rolled up his sleeves and decided to go all out.

Within two years, he and his team had grabbed almost 7 percent of the Chinese market, closely following the four big foreign brands.

But a turning point came in 2005 when a major stockholder withdrew investment and Yungtay had to go it alone.

Market share quickly dropped to 2.6 percent, and the enterprise was in danger of being eclipsed by foreign competition.

“Some of the managers wanted to quit and went back to Taipei. We had a hard time,” Hsu recalled.

However, the financial crisis in 2008, ironically, came to the rescue. As foreign companies stopped taking orders, Yungtay took the opposite track by accepting as many as possible. “I noticed the central government spared no efforts to develop infrastructure construction, and I believed these measures would take effect,” he said.

Hsu was right. Capital flowed into the real estate industry and the rising demand for elevators brought Yungtay back to life.

“China’s elevator industry still has large growth potential, though it had a little twist in 2015, and I’m quite optimistic about it,” he said.

China has about 8 billion square meters of old buildings built between 1980 and 2000, 70 percent of them without elevators. One conservative estimate was that there would be the need for some 3.5 million elevators in the future.

At the same time, the number of Chinese elevator factories had grown to 700 by the end of last year, attracting more investment and more competition. An important battlefield is elevator maintenance, which enjoys huge profit margins.

“To train more maintenance workers able to offer professional, quality service is absolutely a trend for the industry,” Hsu said.

Since Yungtay set up in Shanghai, safety has been a priority.

The company developed and patented a braking force detection system and an automatic uncontrolled operation rescue system that can evacuate passengers quickly in the case of an emergency.

Yungtay also established a laboratory that simulates extreme weather for fatigue tests, the industry’s first in China. It is also famed for its quality control. It carries out a total of 925 tests for every single part from design and production to assembly.

Yungtay now has factories in Shanghai, Tianjin and Chengdu, manufacturing 30,000 elevators a year.

Hsu is grateful for the support of local governments, which give guidance on tax and coordination with the land office.

“Yungtay is a China-grown brand. It had good days and hard times, but what I’m striving to do today is to polish the brand and let it shine again,” Hsu said. 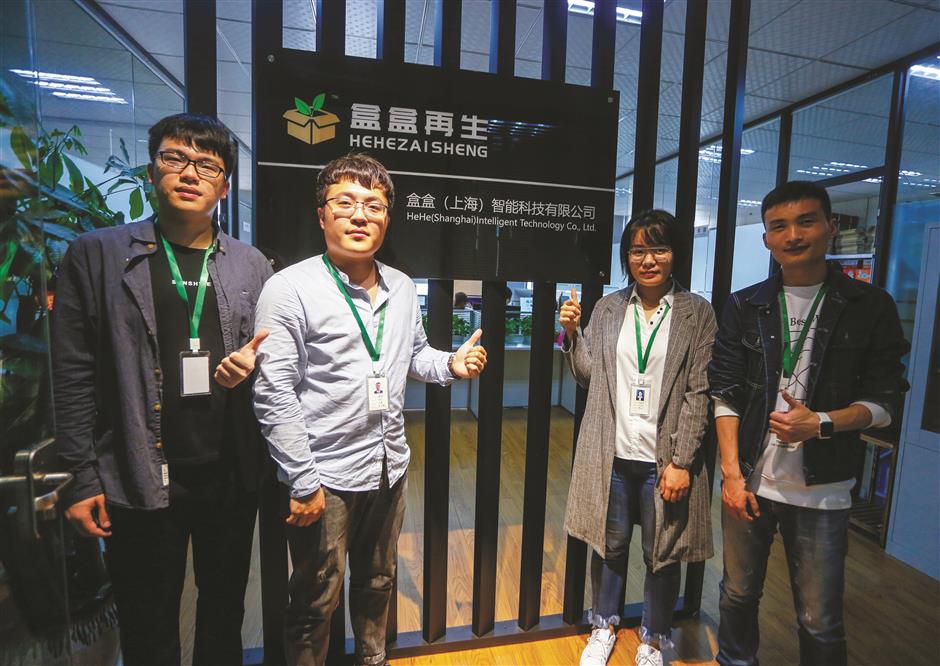 From good friends and schoolmates to business partners today, Pu Di and Liu Tao have found their niche in Songjiang University Town after they graduated.

Painted in green, the smart paper recycling machine the pair has invented helps recycle the paper packaging mostly thrown away after students unwrapped their deliveries.

“I’d noticed the waste paper boxes when I was at school. They were piled up beside the dustbins like a small hill,” Pu recalled.

Liu shared the same thoughts when he was an exchange student in South Korea, seeing that Koreans seldom used plastic bags and old paper boxes were recycled for use as packaging in supermarkets.

“So we had the idea and made it,” Liu said. The machine, called Hehe (box-box), placed by self-help express lockers, can be operated by smartphone via scanning a QR code.

After picking up deliveries, students can throw the paper packaging into the machine, which will then compress, shred and grind it. Each machine, now upgraded to its third-generation, can process about 250 kilograms of packages and 400 kilograms of old books at one time.

Each piece of paper put into the machine earns credits which students can exchange for snacks and daily necessities.

“The compression treatment keeps paper from being corroded by moisture, which helps better manage the later processing,” Pu said.

More than 600 people tried the machine in the first month at Shanghai International Studies University, but the young entrepreneurs have higher ambitions.

Before July, the project will cover Songjiang University Town’s five dorm areas, benefiting about 120,000 college students and faculties. And by November, it will be extended to the city’s four university towns of more than 400,000 students.

“After that, we’ll launch the project in the Yangtze River Delta region, and build up a 5G-supported recycling network,” Liu said.