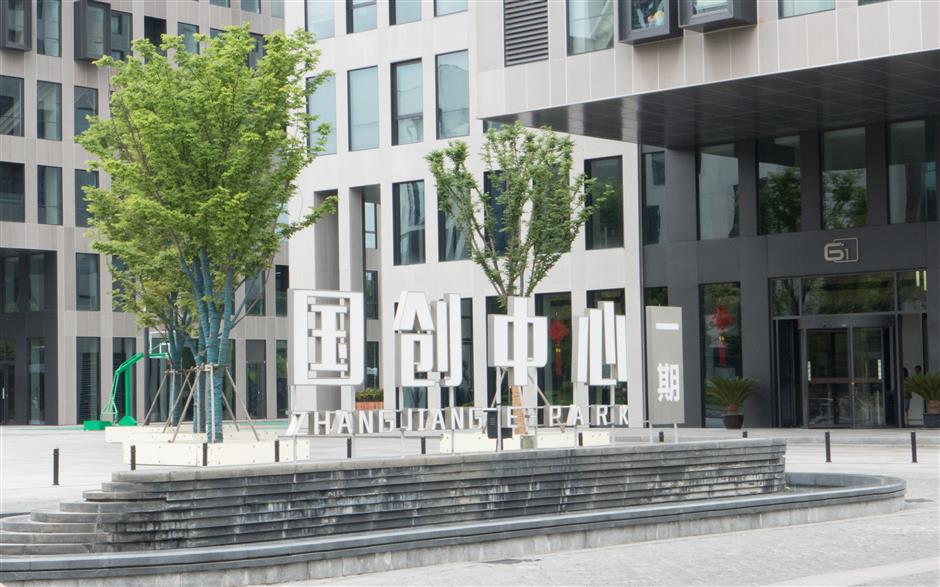 Zhangjiang E-Park offers not only fertile land for innovation, but also an ideal place to live.

Many of the city’s old factory buildings have been granted a new lease of life as innovation parks to support the city’s goal to become an innovation center with global influence.

Zhangjiang E-Park, covering about 100,000 square meters in the north of the city’s major innovation engine of Zhangjiang in the Pudong New Area, is a great example of how to revive a dying factory complex and make it a great place to live and work.

The site at 899 Dangui Road used to host an LCD-manufacturing factory, but it failed to keep pace with the rapidly growing market and the property was sold in 2014. Last year, renovation work was completed and the innovation park opened.

The park has a huge working space almost equal to eight soccer fields and hosts many startups and innovation centers of international companies such as Honeywell.

Han Lu, board chairman of the Zhangjiang Culture Co, told Shanghai Daily that currently about 20 percent of the park's tenants are from abroad.

Plug and Play Tech Center, one of the world's largest tech incubators, plans to launch its regional headquarters in Zhangjiang E-Park in October this year, he said.

The center, an early stage investor based in Silicon Valley, has branches in 28 countries and regions.

Its latest site in Zhangjiang will cover 13,000 square meters to become its second-largest tech and innovation center, and is set to serve business across the Yangtze River Delta.

After it is launched, it will join with Zhangjiang E-Park to launch a series of activities to build a platform connecting startups, incubators, government departments and other relevant bodies, Han said. 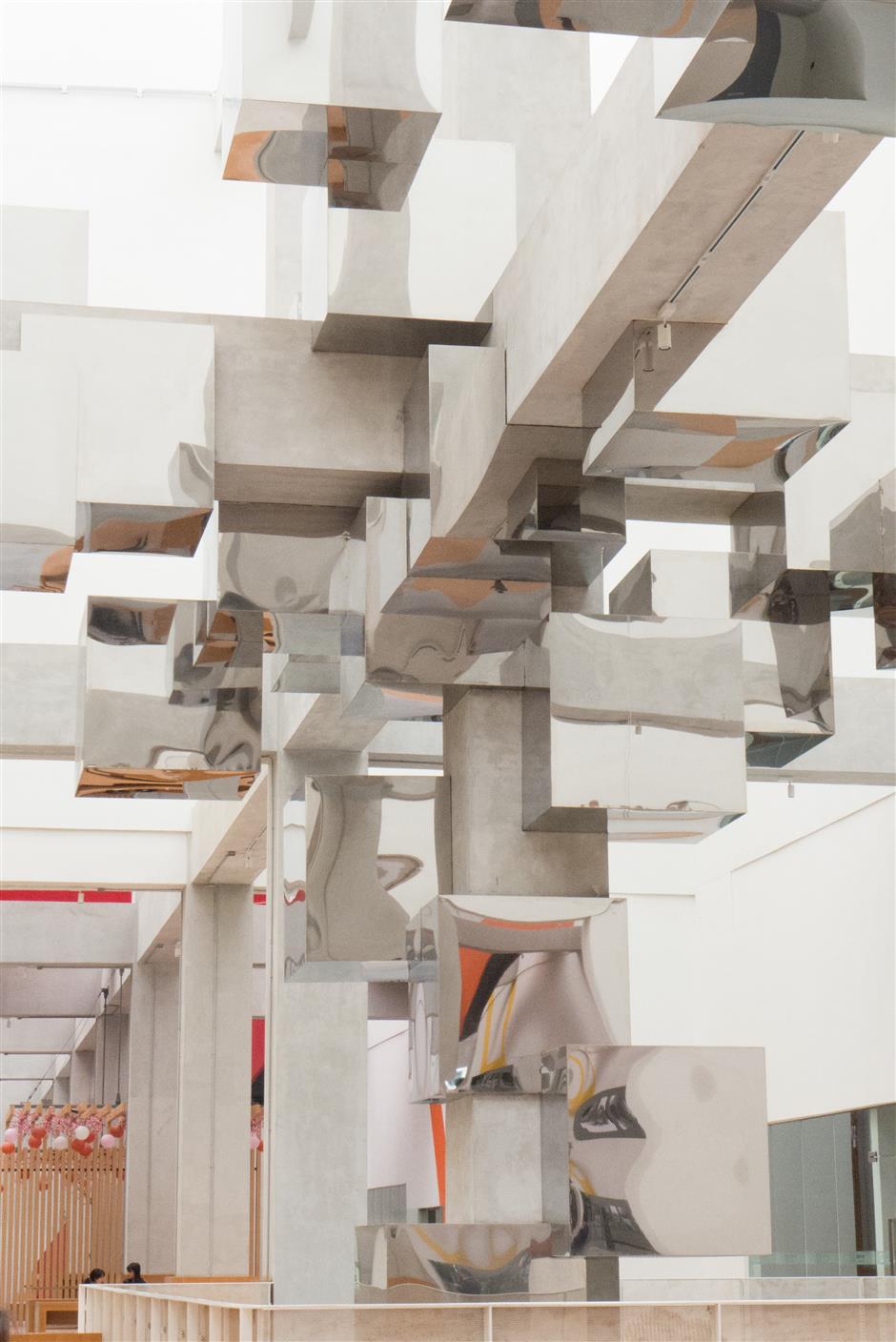 Zhangjiang E-Park is a great example of how to revive a dying factory complex.

To better serve the park's tenants, some government departments, such as customs, the inspection and quarantine authority and the administrative affairs management center, have offices in the park.

Han said Zhangjiang E-Park offers not only fertile land for innovation, but  also an ideal place to live with a bookstore, cafes, restaurants and sports fields.

Huanle Entertainment (Shanghai) Technology Co, which was founded in Zhangjiang in 2009, moved from another industry park to a five-floor building in Zhangjiang E-Park last year.

Zhou Xian, CFO of the company, said its former site, also in Zhangjiang, could no longer meet the company’s demands.

“There, it’s like every company works alone, and there's a lack of support facilities,” she said. “Here we feel it a really great environment. We can find everything here, from dining to child-caring services, which can make talent stay. More and more good companies, such as Ximalaya FM, have moved here.”

The company is famous for designing and operating several popular games such as “Dragon Nest” and “Ragnarok Online.”

Li Wei, co-CEO of the company, said the company has enjoyed favorable policies.

“The park always encourages us to expand overseas and launch our products abroad. It helps us connect with some useful resources,” she said. Last year, the company fetched US$100 million from overseas markets, involving more than 20 countries that included Japan, Thailand and South Korea. 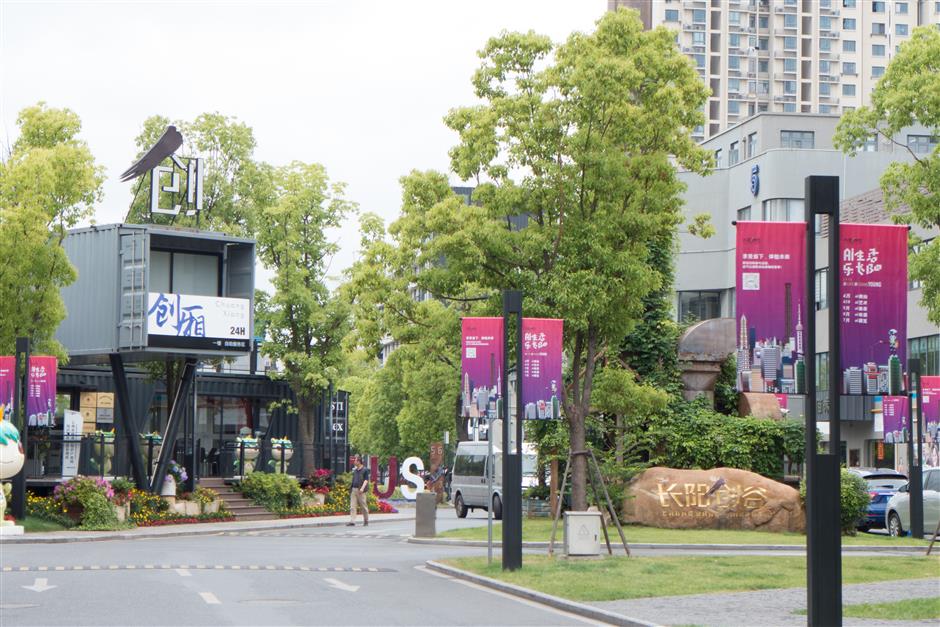 Changyang Campus is a downtown innovation focal point in a renovated textile factory in Yangpu District.

“Today’s young entrepreneurs don’t give up their personal lives, unlike the past generation who could stay in some suburban innovation parks for consecutive weeks. They need a place to have a drink and go shopping,” said Xi Rongqing, general manager of the site.

“So we proposed that innovation return to downtown areas, and I believe it is the trend,” he said.

The campus, formerly Donghua Textile Factory, now has nearly 300 startups and tech firms. About 20 percent of them are engaged in the research and development of artificial intelligence, and four are unicorns including US-listed Liulishuo, literally "fluent spoken English," an app allowing users to speak excellent English via AI technology.

Elements of AI are seen everywhere in the park, from unmanned vehicles to automatic street sweepers.

“For startups, we lack people and place, but Changyang Campus helps us solve the problems,” she said.

Yangpu has some of the city’s top universities such as Fudan and Tongji, with about 200,000 students creating a great talent pool.

“Nearly half of my employees are local university students,” Yang said.

Xi said the site is also favored by these students.

“They are familiar with the environment. And it is not far from their schools. Both they and their professors feel it convenient to come here,” he said. 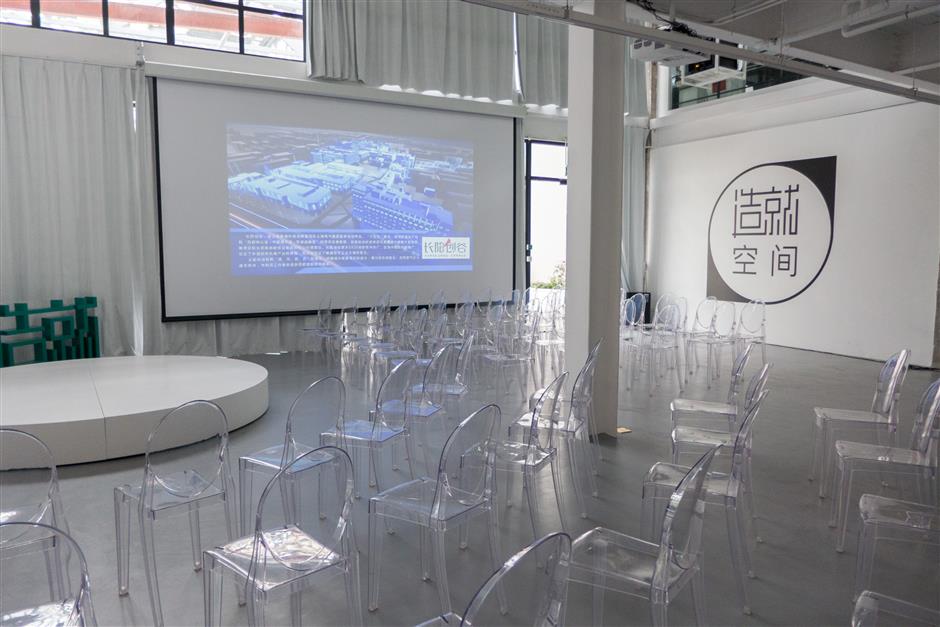 A venue for lectures at the Changyang Campus