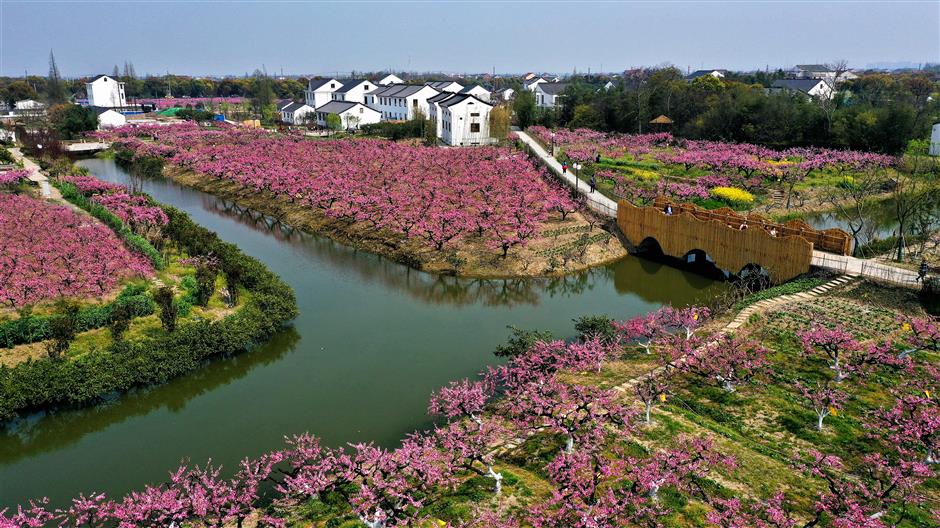 A Qing Dynasty (1644-1911) village in the city's southern outskirts has been renovated to become a tourist attraction while improving the quality of its farm produce.

Wufang Village in Fengxian District's Qingcun Town dates back around 300 years. Its old houses have been restored, waterways dredged and the environment improved as part of the city's "rural revitalization" program, the district government said.

Reporters visited the village on Wednesday, the first in an ongoing program to invite over 100 reporters from cities in the Yangtze River Delta region to visit Fengxian's villages and towns.

The village, known as production base for Shanghai's famed yellow peaches, has been listed as one of the first batch of nine demonstration villages to be revitalized. The practice will be promoted to other rural villages across the city's outskirts.

The village was initially developed under the order of Emperor Daoguang to reward a local Wu family for their filial piety. A stone gateway was once erected at the entrance to remind people of showing respect when entering the village. It has been deemed as one of the origins of local cultures.

However, the village covering 1.99 square kilometers with 481 households was later affected by pollution. The once-fertile farmland grew barren, while many houses were vacant after the young generation moved downtown to work. 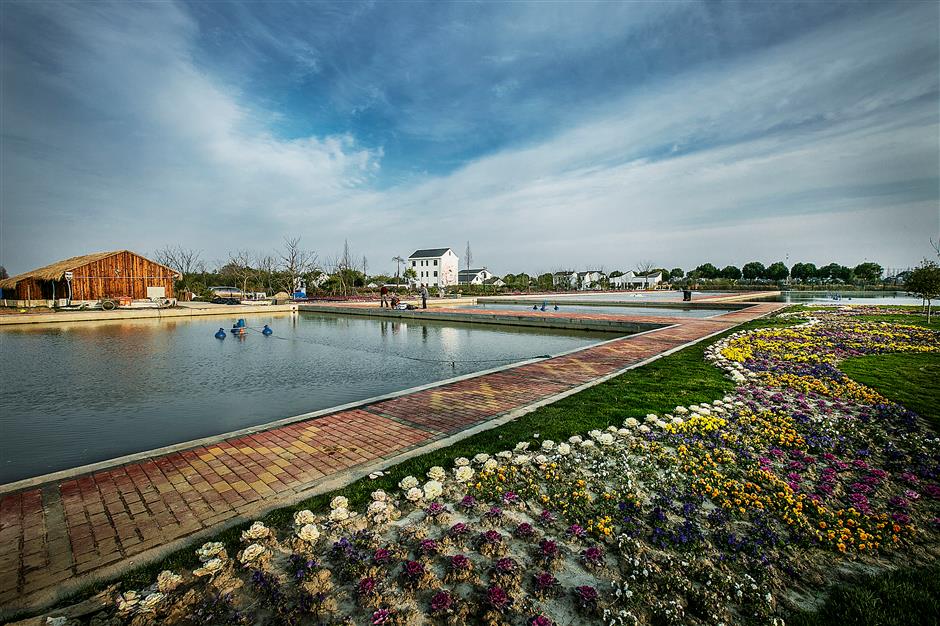 The former ponds used to raise fish and crabs are now places where tourists can fish. 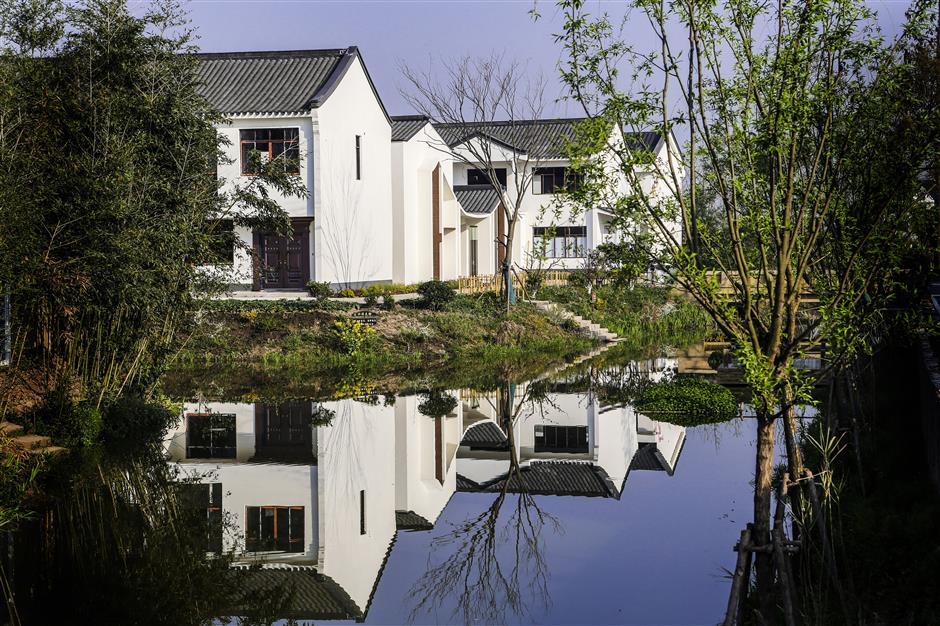 Renovated village houses are reflected in crystal-clear waterways which have been dredged and purified. 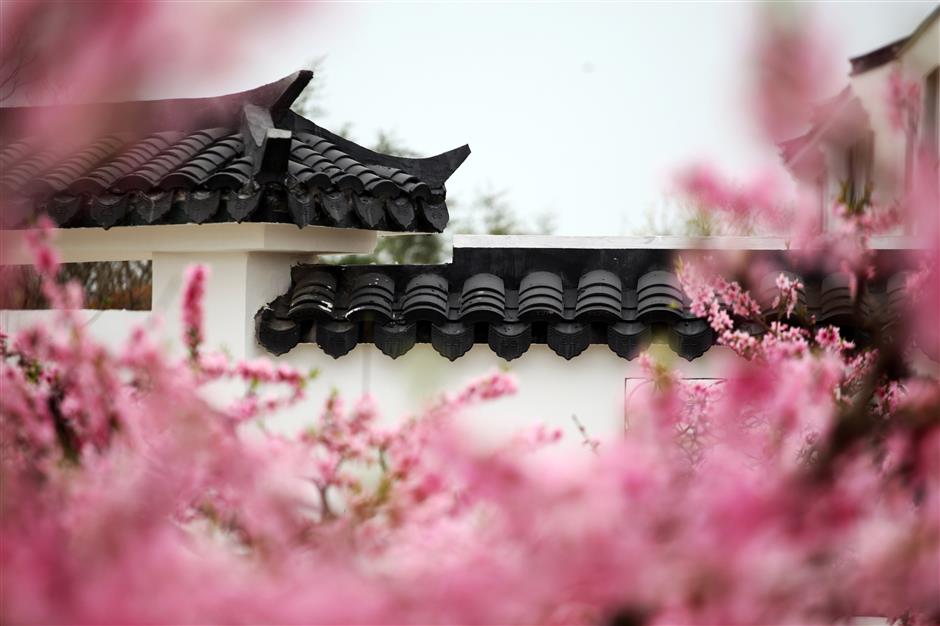 The village houses have been renovated, with many of their original features preserved.

Fengxian launched the facelift campaign in September 2018 with an investment of 100 million yuan (US$14.5 million). The village houses and roads were renovated and the original elements, such as their tiles and white walls, have been preserved. The once-murky creeks have been dredged and purified to restore the historical ambiance of a typical water village of Jiangnan, or regions south of the Yangtze River.

Villagers have been encouraged to rent their spare houses to the government and the buildings are being converted into homestay projects and offices for startups. Over 60 households have signed leases with the government, which will take charge of repairs and redecoration.

Some abandoned artifacts such as milestones and plows have been collected to decorate some houses that have become homestays or small eateries. The former ponds to raise fish and crabs have been unified for tourists to enjoy fishing contests.

A century-old residential house is now a museum telling the history of the village, said Cao Zheng, who is in charge of the renovation project.

Bigger and sweeter yellow peaches are expected this summer, the Fengxian government said, along with a rise in the number of visitors. 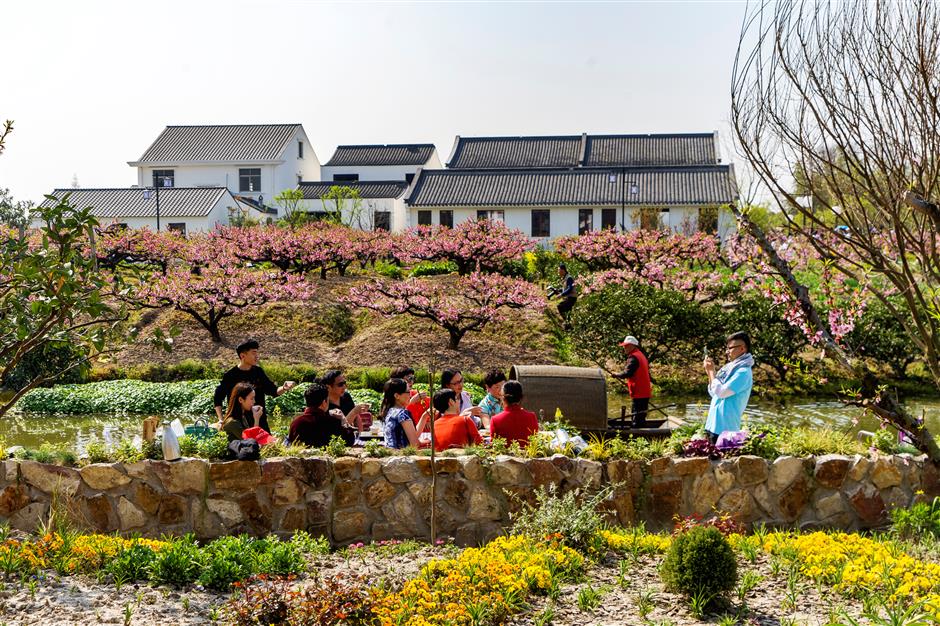 Visitors pose for photos by a river in the newly renovated Wufang Village in Fengxian District.