Ten people have been declared dead after the collapse of a factory building on Zhaohua Road in Changning District, according to the Shanghai Emergency Management Bureau on Friday morning.

The bureau said workers were renovating the building when the structure suddenly crashed to the ground around 11:20am on Thursday.

As of 1:45am on Friday, 25 people had been pulled out of the debris and rushed to hospital. No one was known to be still trapped in the ruins. 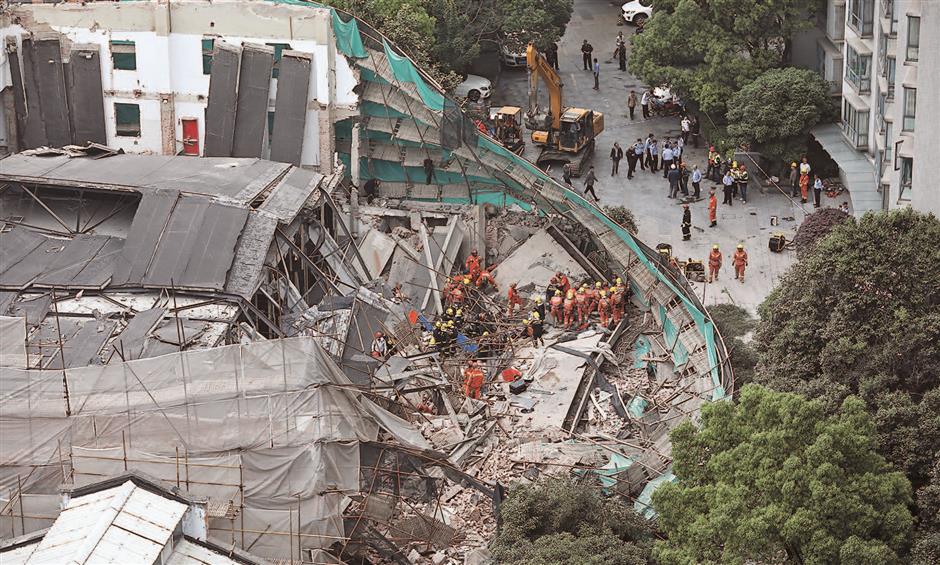 Rescue workers search for people in the collapsed building in Changning District.

All injured workers are undergoing treatment in local hospitals, which have opened green channels to treat the rescued as quickly as possible.

A total of 30 fire engines, over 200 firefighters and some 30 armed police participated the rescue.

The accident is under investigation. 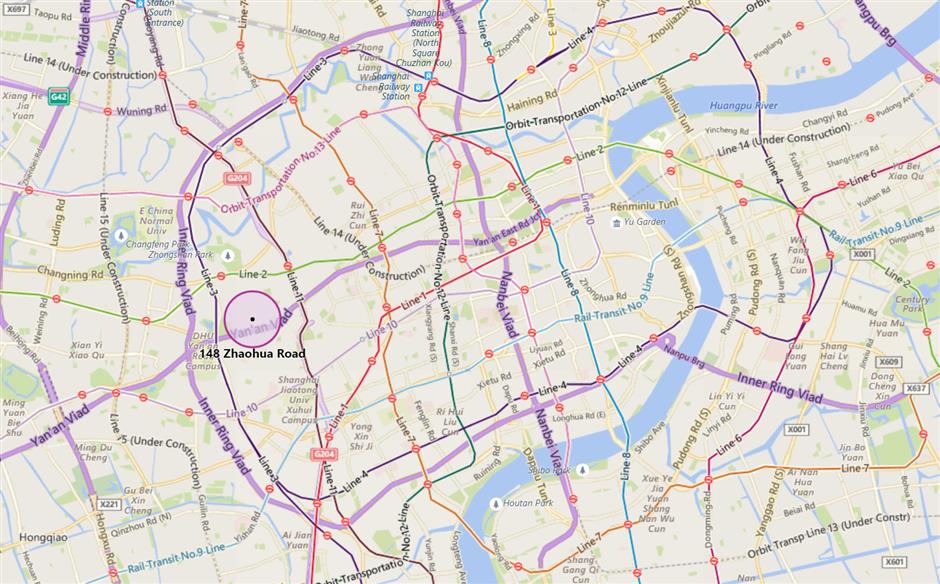 The site of the accident