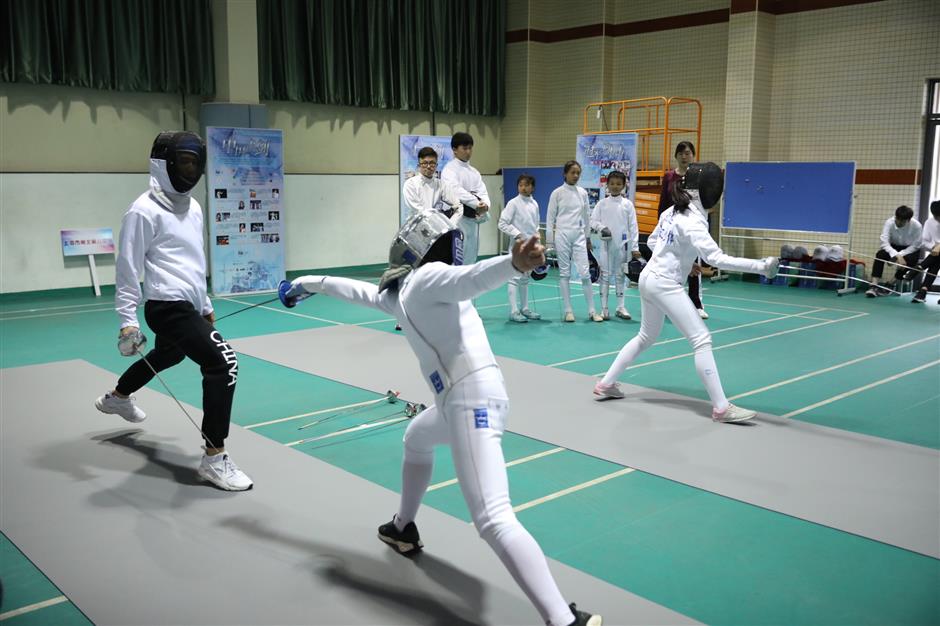 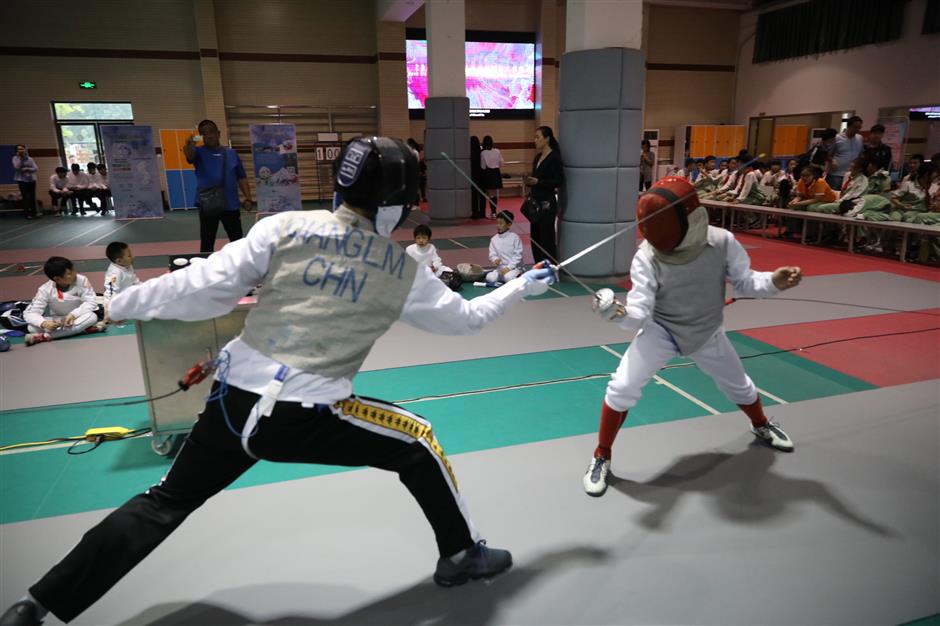 Nearly 400 fencers from 46 countries and regions will compete at a three-day competition in Jing’an District.

The 2019 Westgate Mall Fencing Grand Prix Shanghai will be held between May 17 and 19 at the Jing’an Sports Center and the Westgate Mall. Of the 387 fencers, 206 are male and 181 are female.

Competitors include Italian Alessio Foconi, 2018 individual and team world champion; Britain Richard Kruse, who won the European Fencing Championships in 2006; and Russian Inna Deriglazova, who won the gold medal in the 2016 Olympics.

China will field 40 fencers. They include Fu Yiting, who won the silver in the women's individual foil at the 2018 Asian Games.

The competition has been held in Jing’an for 16 years.

To popularize the sport, nearly 50 young fencers from Jing’an challenged eight fencers from the national team at the Shanghai Zhabei No.8 Middle School on Thursday afternoon.

The district has 248 registered fencers and seven coaches.