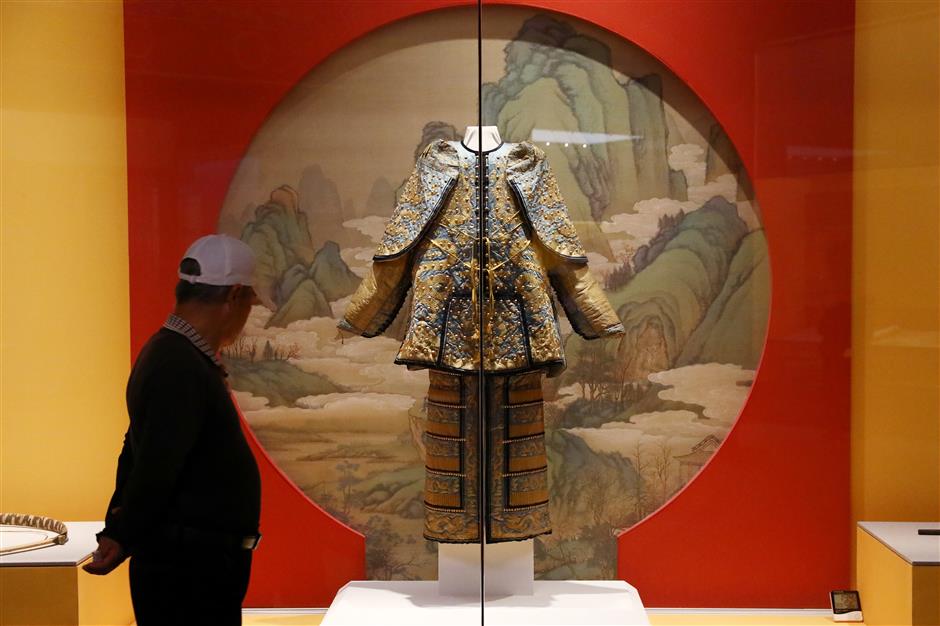 A visitor is enraptured by the armor of Emperor Yongzheng at the new Fengxian Museum.

A total of 125 items from the Palace Museum in Beijing related to Qing Dynasty Emperor Yongzheng (1678-1735) have gone on show at the new Fengxian Museum, which officially opened on Thursday.

Hundreds of visitors arrived at the museum early for the grand opening of the first major museum on Shanghai’s southern outskirts. Admission is from 9am to 4pm, every day except for Mondays.

The museum, designed by Japanese architect Sou Fujimoto, covers 20,000 square meters by the artificial Jinhai Lake. It will feature permanent exhibitions about urban planning and the history of Fengxian, which gained its name in the Spring and Autumn Period (770-476 BC) when early residents in the area offered help to an apprentice of Confucius.

Another exhibition depicts the history of its seawall, a listed historical site of the city built in 1713 on the orders of the emperor. The flood barrier has contributed to the social and economic development of the city and part of it is well preserved. 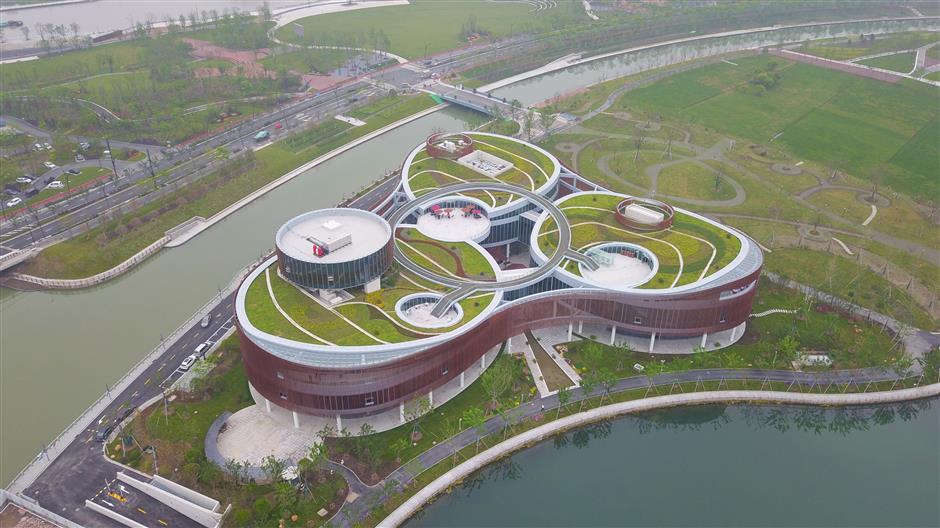 An aerial view of the new museum 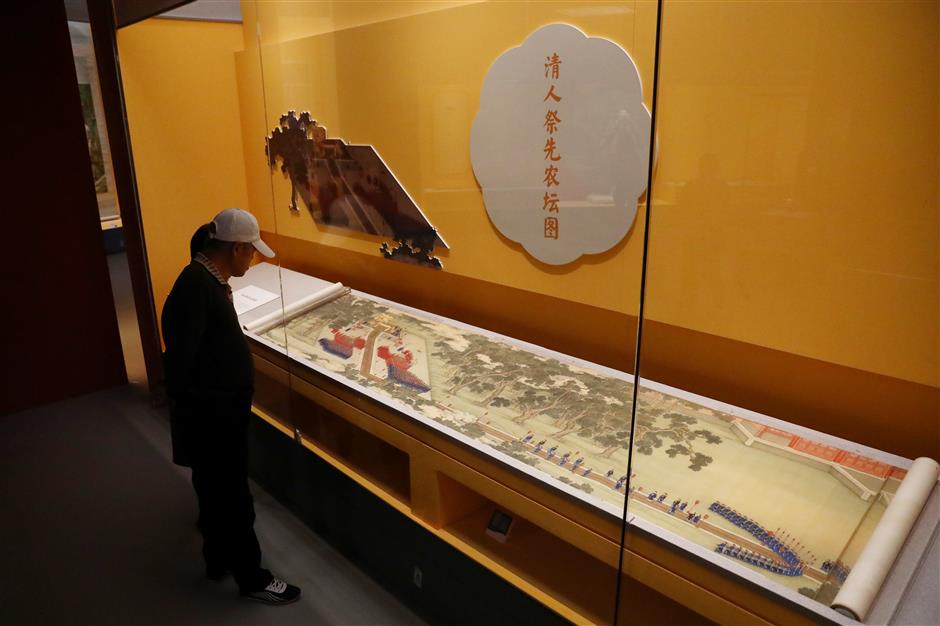 A visitor takes in a scroll painting of a royal ritual paying tribute to the god of farms.

“The Palace Museum and the Fengxian Museum decided the inaugural exhibition would be about Emperor Yongzheng, who ordered the setting up of Fengxian County in 1682 and construction of the seawall that has protected the region from floods for centuries,” said Yan Yong, deputy director of the Palace Museum.

Yan said it was the largest exhibition about the emperor the Palace Museum has staged. The exhibits include the porcelain, jade and paintings, as well as a pair of glasses, a gun, a bow and a telescope used by the emperor and some of his calligraphy.

Key exhibits include a scroll portrait of the emperor and a scroll painting of a royal ritual paying tribute to the god of farms. The faces and expressions of each of the 100 figures in the painting can be clearly discerned.

“We Fengxian residents have seldom had any chance to see such great exhibition,” said Jiang Xueliang, 72, a resident of Nanqiao Town where the museum is located, and former math teacher at a nearly middle school.

“I hope more such exhibitions from both home and abroad can will be staged in the museum,” Jiang added. 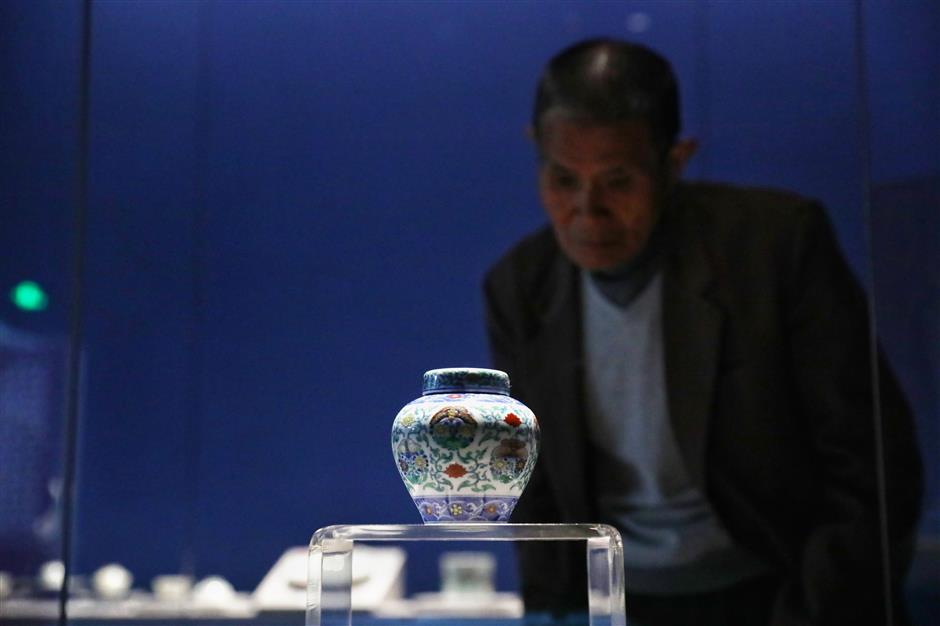 A visitor looks at an elegant piece of porcelain from the Yongzheng period. 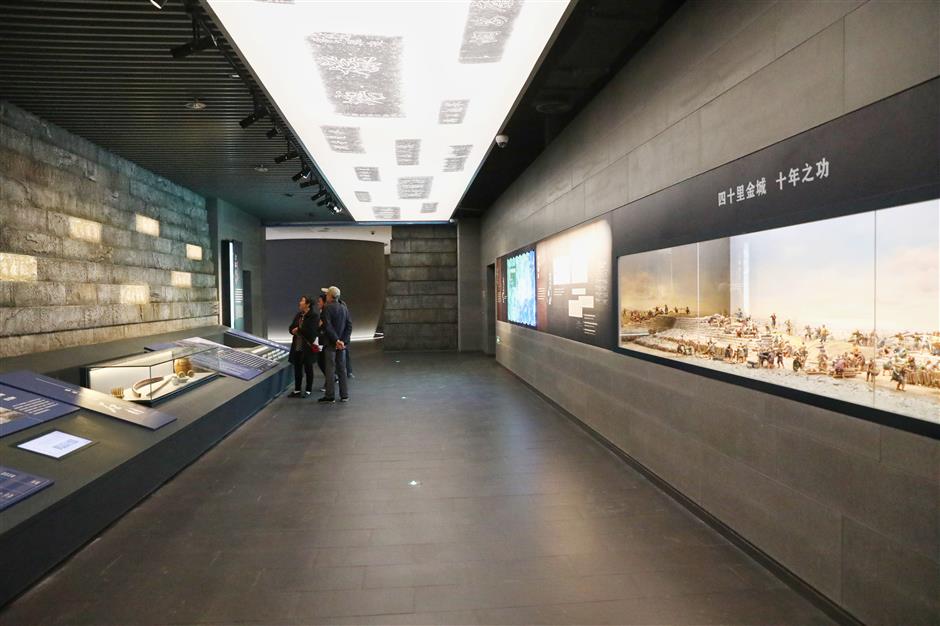 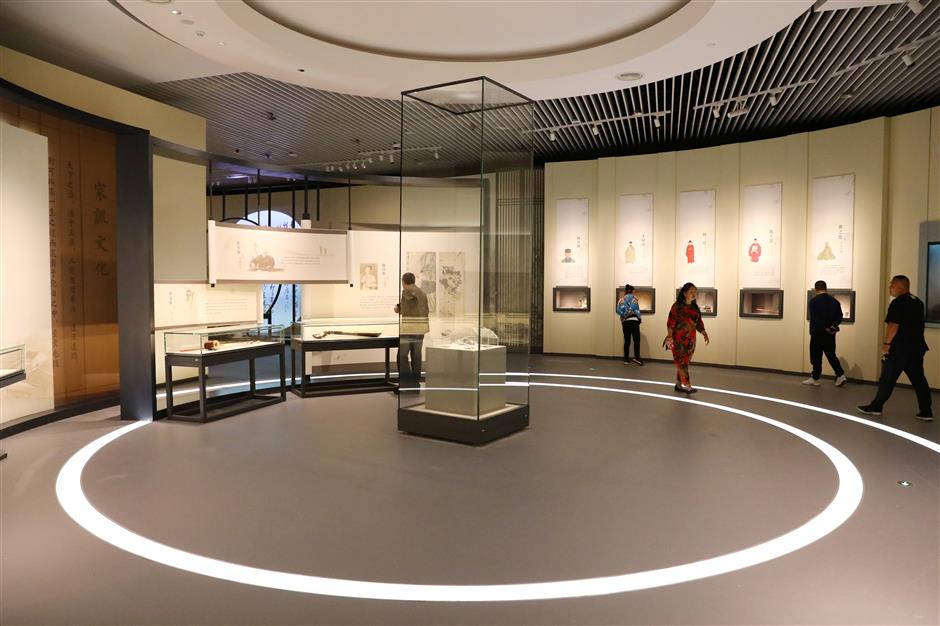 Visitors browse exhibits about the history of Fengxian.