Holding out for a 'Hero' in troubled times 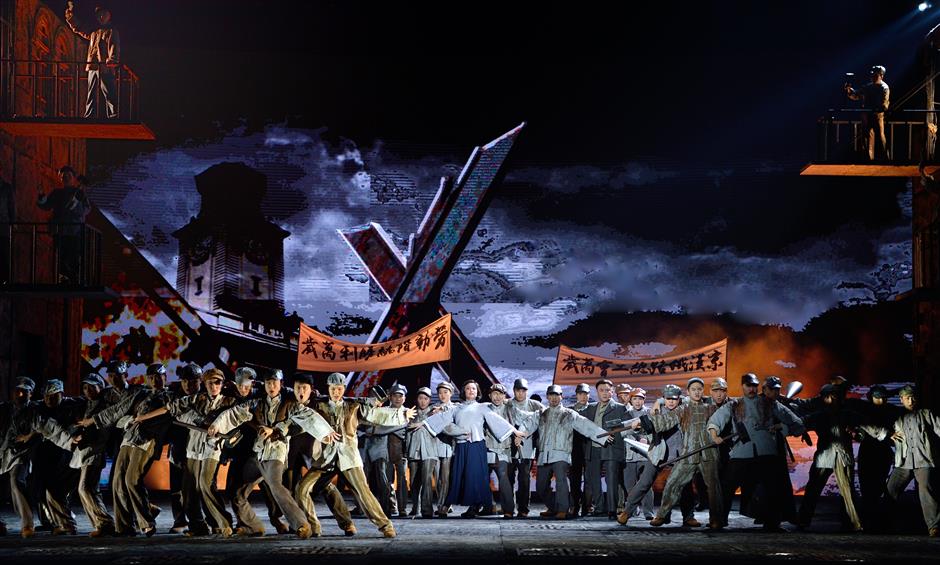 "Hero" is based on the story of Miao Boying, the first female member of the Communist Party of China, and her husband He Mengxiong.

The Chinese opera “Hero” is being staged at Shanghai Poly Grand Theater on May 19 and 20, as a part of the 12th China Art Festival.

The show is based on the story of Miao Boying, the first female member of the Communist Party of China, and her husband He Mengxiong. The couple were among the first batch of Party members under the introduction of Li Dazhao, one of the Party founders and pioneers.

In 1921, He was arrested in Manchuria during a trip to attend the Second Congress of the Young Communist International in Moscow. Miao managed to raise funds for his release and saved him. The two got married later that year and were devoted to each other, despite having little time together in the fight against the anti-Communist warlords.

In 1927, they were sent to Shanghai to work when Chiang Kai-shek launched a counterrevolutionary coup. The mission ultimately cost Miao’s health and she died in Shanghai in 1929. Her husband was later imprisoned and executed with 23 martyrs at Shanghai’s Longhua execution ground in 1931.

Created and performed by the Zhuzhou City Opera Heritage Center, the opera is one of nine dramas supported by the Chinese Opera Inheritance and Development Project under the Ministry of Culture and Tourism.

The performers relive the difficulties and hardship the couple went through during this tumultuous time in a compelling story which touches on every aspect of their relationship.