It's crayfish time in Baoshan 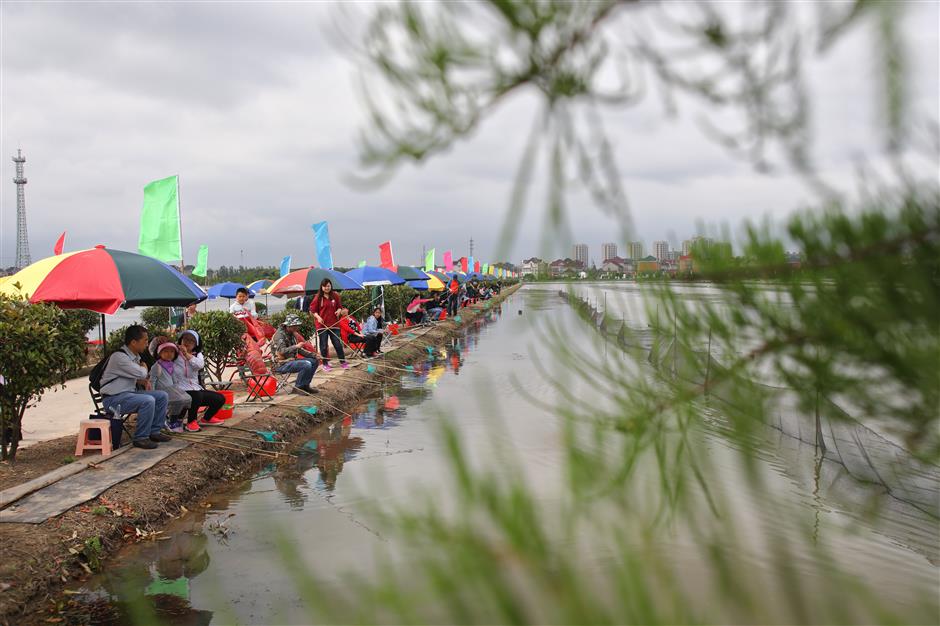 People fish for crayfish in Luojing Town, Baoshan District on Saturday as the fishing season starts.

Fishing started on Saturday for locally farmed crayfish on the north outskirts of Shanghai in Luojing Town, the city’s major agricultural center in Baoshan District.

The crayfish are raised in ponds and rice fields covering about 130,000 square meters near the mouth of the Yangtze where strict environmental protection of the waterway is in place, said Yang Xin, director of Luojing.

The famed Yangtze River hairy crabs are also raised in the ponds and rice fields in Luojing. In the traditional Chinese culture of working with the environment, the crabs' excrement fertilizes the weeds that feed the crayfish.

The paddy has received "pollution-free certification" from the Ministry of Agriculture and Rural Affairs.

The practice is expected to get promoted among local traditional villages as part of the city government's rural revitalization program, said Yang.

Although Shanghai is not among the major production sites, the city consumes much of the crayfishes mainly produced in neighboring Jiangsu and central Hubei provinces.

The price of crayfish has risen this year because the harvest has been hit by low temperatures and frequent rainy days affecting growth.

At the Shanghai Jiangyang Aquatic Products Wholesale Market, wholesale prices are higher than usual, from 50 to 100 yuan per kilogram.

But the bad weather has not actually affected the growth of crayfish locally produced in the Luojing paddies.

To promote the fame of Luojing crayfish, renowned for its larger size and sweeter meat, the town held a crayfish fishing competition on Saturday to open its annual harvest season.

Luojing hopes to attract visitors from both downtown and neighboring provinces to enjoy its farmland scenery and learn about its agricultural bounty, said Yang. 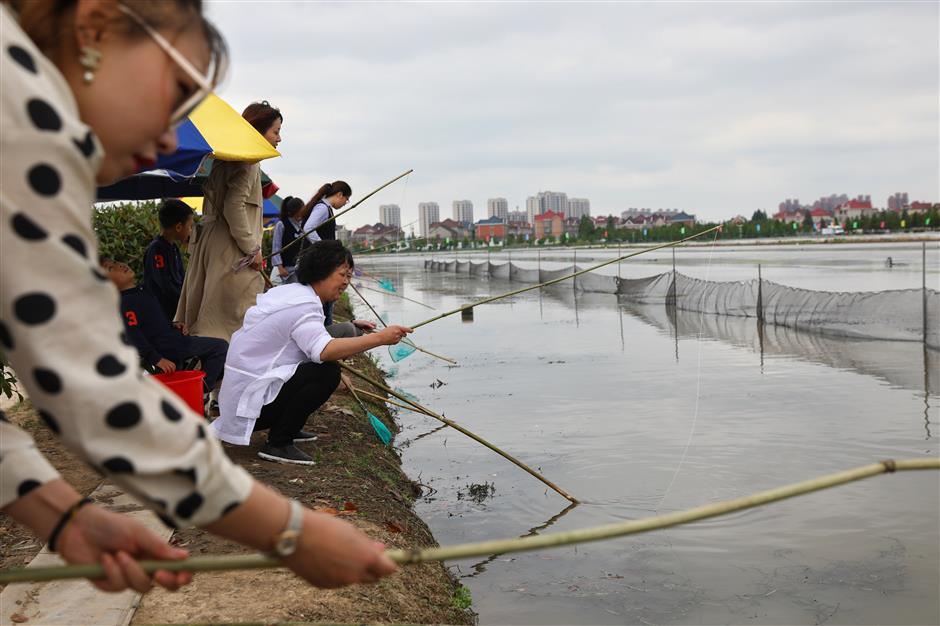 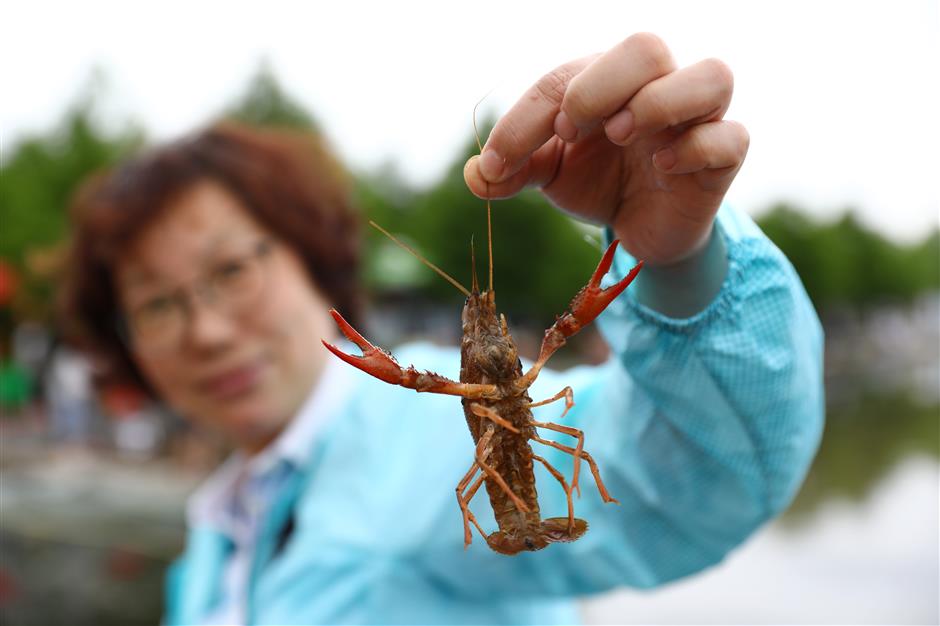 A visitor shows a crayfish she caught from a pond in Luojing Town in northern Baoshan District on Saturday. 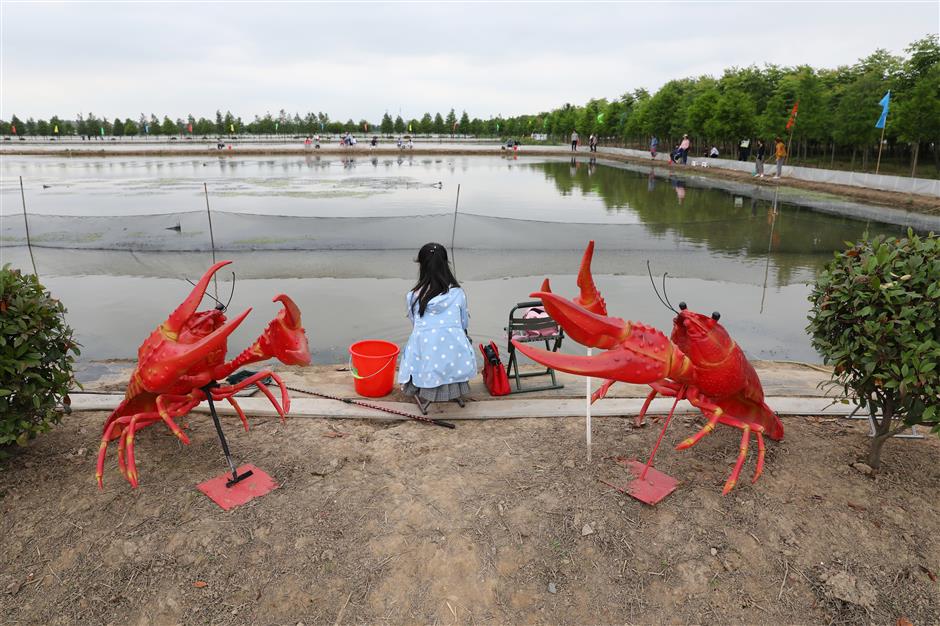 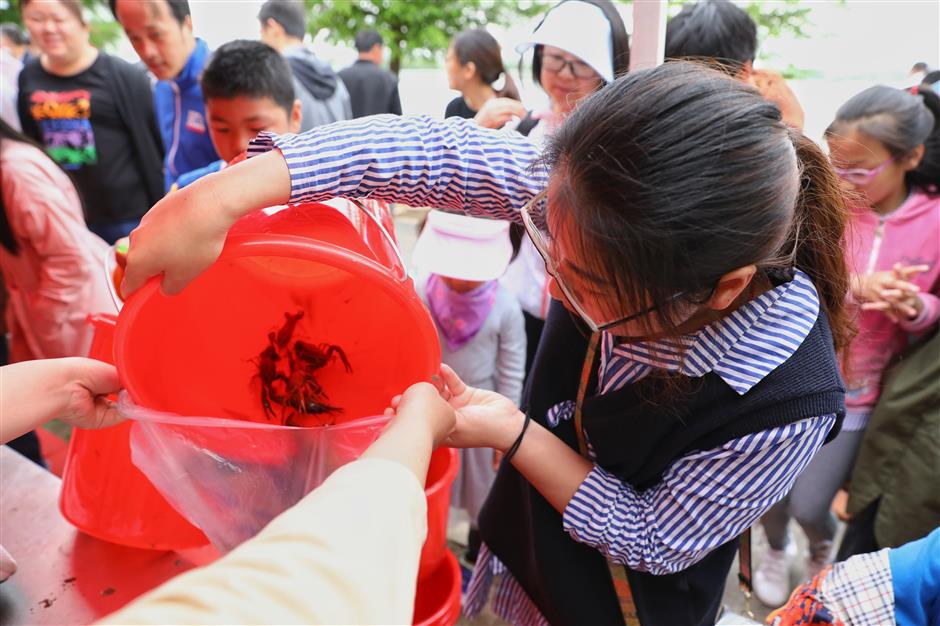 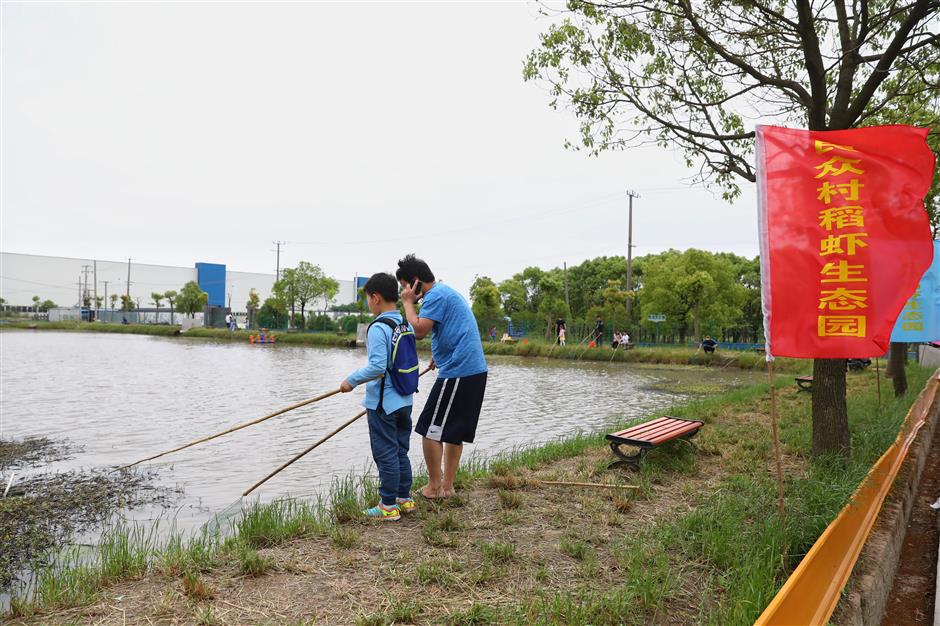 Crayfish season is on.