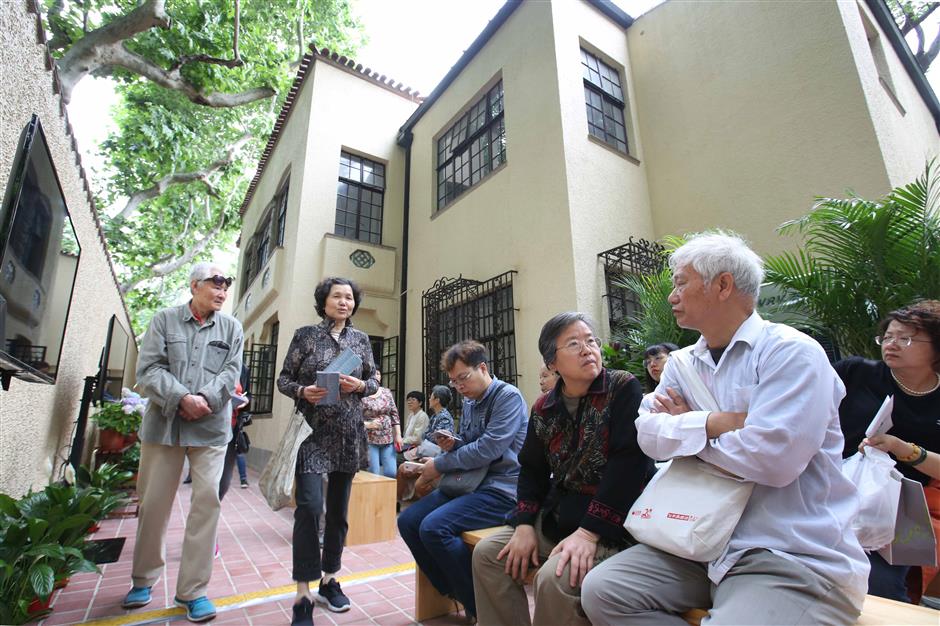 Visitors wait outside the newly opened Hengfu Exhibition Hall in Xuhui District on Saturday which was converted from a historical villa, known as the The Cloister, at 62 Fuxing Road W.

Shanghai museums and memorials were popular over the weekend thanks to free admission and hundreds of events to mark the International Museum Day on Saturday.

The 126 museums taking part included newly opened attractions such as the Hengfu Exhibition Hall in Xuhui District which was converted from a historical villa, as well as the former residence of famous journalist and publisher Zou Taofen (1895-1944) which has reopened after a half-year renovation.

Although the Shanghai Museum always has free admission, there were large crowds on Saturday who came to celebrate the day as well as go on special guided tours.

The first group of visitors began waiting outside the southern entrance of the museum in People's Square at 9am on Saturday.

Visitors had to wait for an hour to enter the museum. It received over 8,000 visitors on Saturday, about 60 percent more than normal weekends.

The museum arranged an in-depth guided tour across its 10 exhibition halls. Professional guides introduced the general history of China through various exhibitions.

"Visitors now seek quality experiences at museums rather than brief tours," said Ma Yunjie, head of the education department with the museum.

Some accessible guided tours are also offered to disabled visitors. 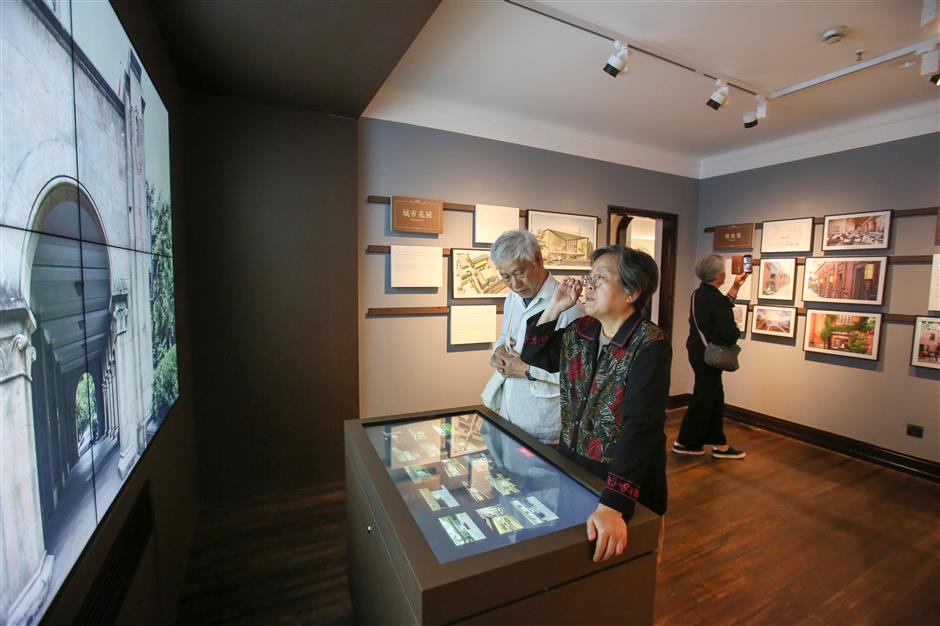 Also popular was The Cloister, at 62 Fuxing Road W., which opened for the first time to the public on Saturday as an exhibition hall to showcase the culture, events and architecture of the Hengshan and Fuxing roads historical zone. The zone has 15 heritage-listed structures, 1,074 excellent historical buildings and 1,620 preserved historical structures.

The Spanish garden villa served as the former residence of US businessman Chester Flitz and his socialite wife.

Highlights include a biography of Flitz.

It opens every Tuesday, Wednesday and Thursday during the ongoing test operation. Reservations are required and a 100-people limit on daily visitors' number has been set. 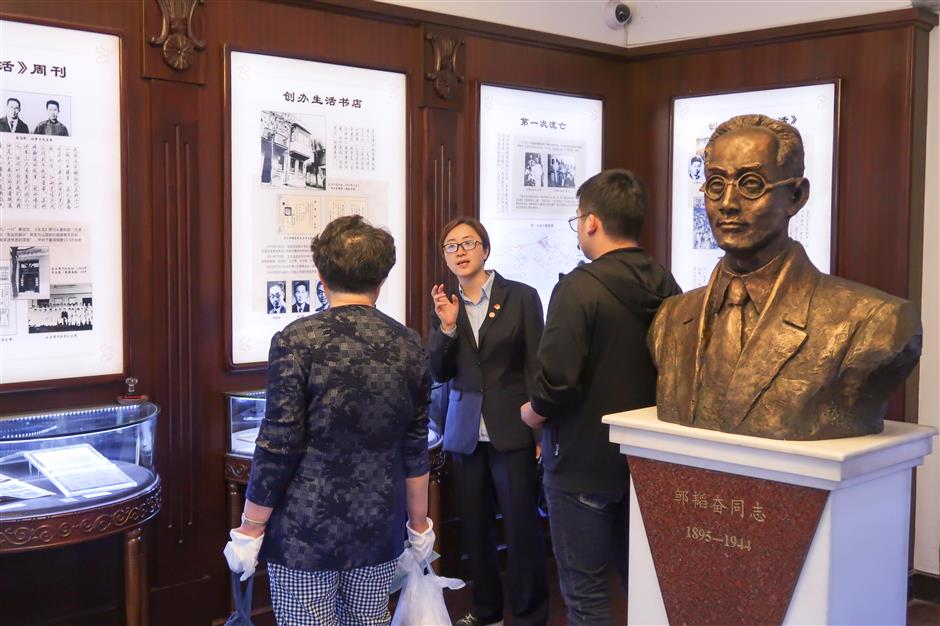 People visit the memorial and former residence of famous journalist and publisher Zou Taofen (1895-1944) that reopened after a half-year renovation on Saturday. 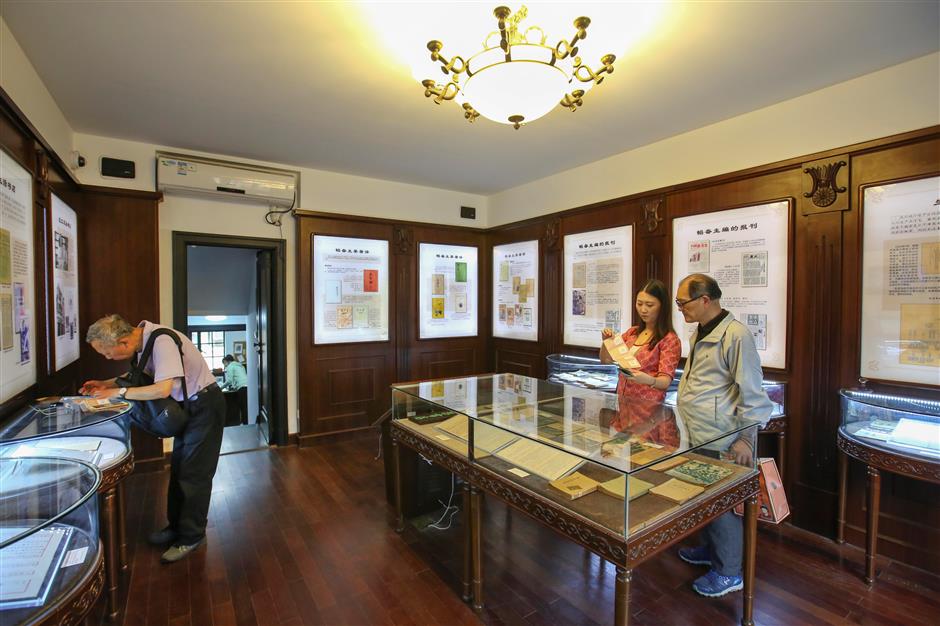 The memorial for Zou Taofen opened on Saturday after a major renovation to fix rain leaks and termite problems.

The memorial at 205 Chongqing Road S. in Huangpu District includes a restored apartment where Zou lived with his family from 1930 to 1936. It originally opened in 1958.

The memorial showcases the life story and artifacts of the respected journalist who made a great contribution to China's journalism, especially during the War of Resistance Against Japanese Agression (1931-1945). China's top award for journalist is named after Zou.

International Museum Day was established in 1977 to raise awareness of the fact that museums are an important means of cultural exchange, enrichment of cultures and development of mutual understanding, cooperation and peace among peoples.

This year’s theme was “Museums as Cultural Hubs: The Future of Tradition.” The theme focused on the new roles of museums as active participants in their communities, according to International Council of Museums, the organizer of the event.

Last year, more than 37,000 museums participated in the event in about 158 countries and territories. About 100 local museums opened free in 2018.