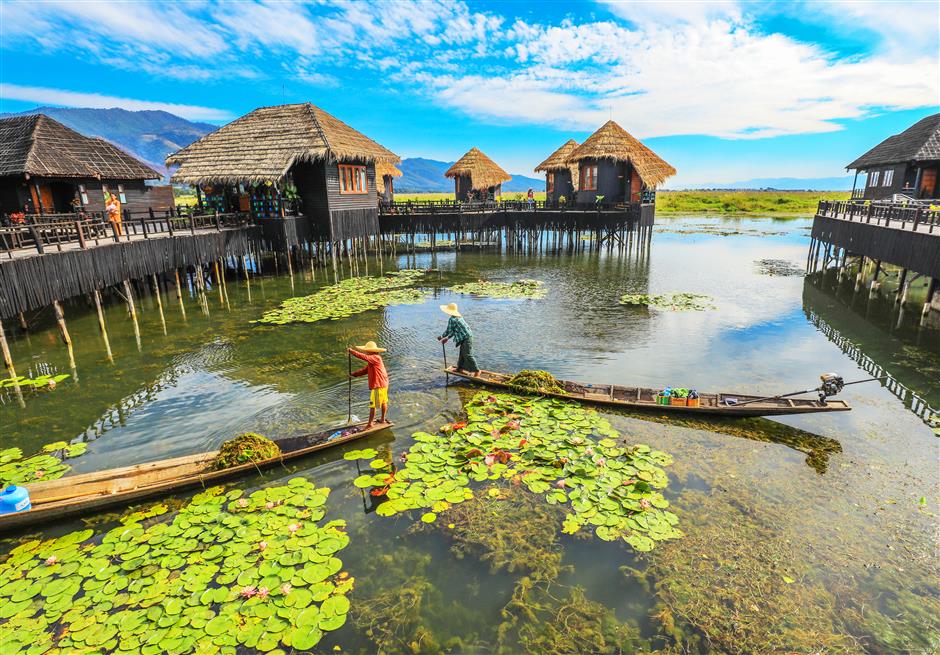 Shanghai-based airlines are competing with each other to open direct flights to popular destinations in Southeast Asia to cap the rising travel demands amid the Belt and Road Initiative.

Spring Airlines announced on Tuesday to open the first direct flight between Shanghai and Yangon in Myanmar from July 1. The budget carrier will operate four flights weekly that take five hours in a one-way journey, half of the time taken by existing transfer flights.

China Eastern will also open a direct link between Shanghai and Rangoon around July with three return flights every week.

As the largest city of Myanmar, Yangon features a large number of Buddhist pagodas along with beautiful beach and natural scenery as well as hospitable locals, which can meet the requirements of Shanghai tourists, the China Eastern said.

Juneyao Airlines has opened a direct flight between Nanjing in neighboring Jiangsu Province and Mandalay in Myanmar last month. The local carrier has been operating flights to Southeast Asian nations such as Thailand and the Philippines.

Due to preferential visa policies as well as improved transport and infrastructure under China's Belt and Road Initiative, Southeast Asia has become one of the top choices for local tourists, said Shao Yuhua, general manager of the Asia-Pacific department of the Shanghai Spring Tour.

Belt and Road, a signature initiative unveiled by President Xi Jinping in 2013, embraces 65 countries to expand commerce and international relations. The initiative connects China with Europe, the Middle East, South Asia and Africa via the old Silk Road and the 21st Century Maritime Silk Road.

The number of travelers to Southeast Asian countries from Shanghai has been rising by 15 percent annually since 2016, said Shao.

To cap the rising demands, the Spring Airlines is operating eight flights every day from Shanghai to Southeast Asian cities such as Bangkok, Phuket Island, Chiang Mai, Singapore, Sabah and Phnom Penh.

"The new direct flight to Yangon is expected to promote the tourism resources in Myanmar among locals as well as add a new travel choice among the Belt and Road countries," said Shao. The low-cost carrier offers a discounted ticket price of 99 yuan (US$14) for a one-way flight from Shanghai to Yangon. A return ticket of China Eastern costs 1,600 yuan excluding taxes.

The Spring Tour has organized over 100 local tourists, including many senior travelers, to Laos and Cambodia this year. More popular travel packages in Southeast Asia and other Belt and Road nations will be developed in future, Shao said.