Conservation effort bringing the birds back to our wetlands

Besides the 680,000 residents of Chongming District’s three islands, there are also millions of annual visitors — migratory birds arriving at the Dongtan Wetland as stopover points or wintering grounds.

Sitting in the middle of the East Asian-Australian bird migration route, Shanghai has visits from more than 250,000 waders and about 50,000 to 60,000 geese and ducks wintering from October to March every year. Bird watchers can also find endangered species such as hooded cranes, oriental storks, tundra swans, black-faced spoonbills and reed parrotbills.

At the mouth of the Yangtze River, Dongtan is a typical estuarine wetland ecosystem supporting biodiversity in Shanghai and providing suitable habitats for birds, fish and other aquatic creatures. 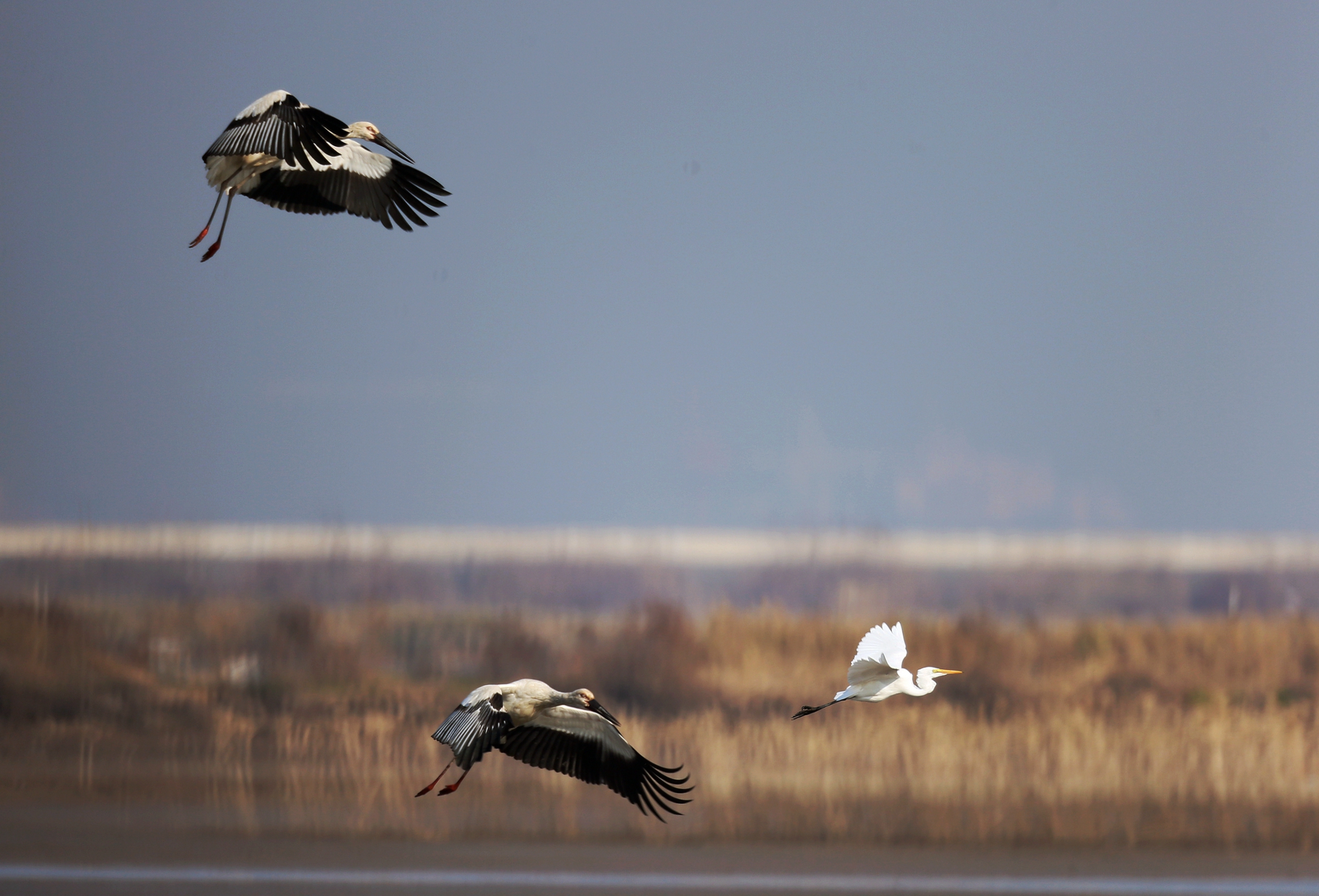 “Wetlands are the ‘kidneys’ of the Earth, so we can say Dongtan is the ‘kidneys’ of Shanghai, the ‘gate’ of the Yangtze River,” said Chen Jiakuan, ecologist and professor of Fudan University. “It plays a vital role in the protection of watershed biodiversity and construction of ecological civilization.”

Shanghai Declaration on the Protection of Watershed Biodiversity will be published at the 2019 Shanghai Forum, which opens tomorrow. Professor Chen is one of the chief drafters.

As one of the roundtables at the Shanghai Forum 2019, “Watershed Biodiversity and Construction of Ecological Civilization” will be held at Shanghai International Conference Center tomorrow. More than 150 scholars, officials and heads of NGOs from Asia, Africa, North America and South America will come together to share their experiences on the biodiversity conservation of global large river basins, including the Yangtze, Amazon, Nile and Mekong river basins.

The lectures will share cases of effective biodiversity conservation and watershed management in cross-cultural river basins to share expertise and solutions for scientific management and sustainable development.

“The world’s four great civilizations have all flourished along great river basins,” said Chen. “Without a healthy Yangtze River, there will hardly be a healthy Shanghai.”

The Dongtan Wetland’s condition in the 1990s suffered under increased pressure from human activity and the invasion of smooth cordgrass, a perennial deciduous grass. It took over the space where native plants once flourished. Birds lost their foraging and roosting habitat as a consequence, and the number of visiting birds decreased significantly. Dealing with the invasion of the exotic species of grass became urgent in order to restore the habitat.

In 2013, professor Chen and his team were involved in a campaign to control the smooth cordgrass invasion. 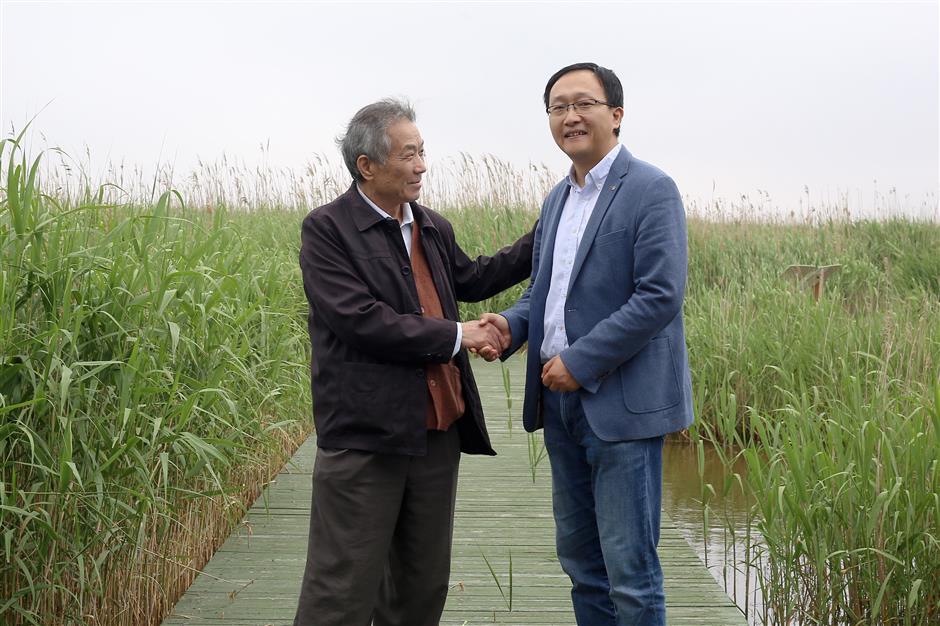 Chen Jiakuan (left), professor of Fudan University, with his student Ma Tao, also a biologist, at the Dongtan Wetland

A bird watcher surnamed Zhang said he was glad to have witnessed the wintering population of tundra swans rising from just 10 to around 200 since 2013.

“The shorebirds, ducks and geese love to rest, even breed in the reeds,” said Ma Qiang, senior engineer of the reserve.

“They feel safe and have a sense of belonging after flying thousands of kilometers, some even 10,000 kilometers, so they are expanding the living area here,” said Wu Wei, senior engineer of the reserve.

In addition, every spring, baby fish, crab and shrimp enter the ecological restoration area along with tidal water. In autumn and winter, mature individuals return to the Yangtze River estuary to breed.

Not only has the aquatic fauna biodiversity increased in the area, abundant food resources are also provided for waterbirds. According to an aquatic fauna survey, 21 species of fish and 25 species of underwater organisms have returned to the restored area.

Island officials have also announced plans to step up the campaign against illegal poaching of wildlife.

The Dongtan and Xisha wetlands are the first priorities when it comes to law enforcement. Law enforcement teams have been established at forestry stations, with wildlife protection patrols in every village.

The watershed biodiversity and construction of an ecological community has attracted worldwide attention. Australasian Wader Studies Group and the RSPB Wildlife Charity started long-term cooperation on the protection of ecology and sustainable development since 2004 and 2013 respectively. 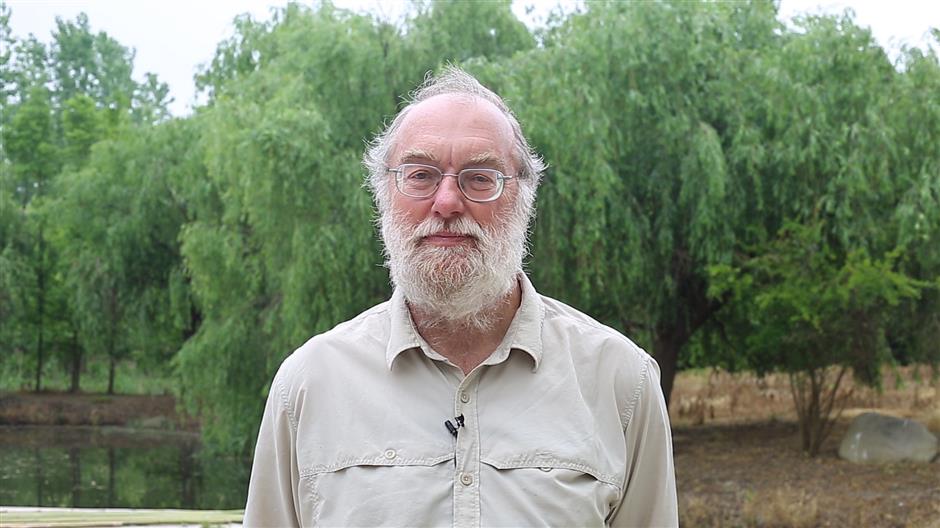 David Melville, an ecologist from Global Flyway Network, has been working in the area for more than 20 years. The New Zealander joked that he has the same flying route as the birds from New Zealand. “Conservation of the Dongtan Wetland is vital, not only for China’s biodiversity but also for the world’s biodiversity,” he said.