Smart route to integration is development 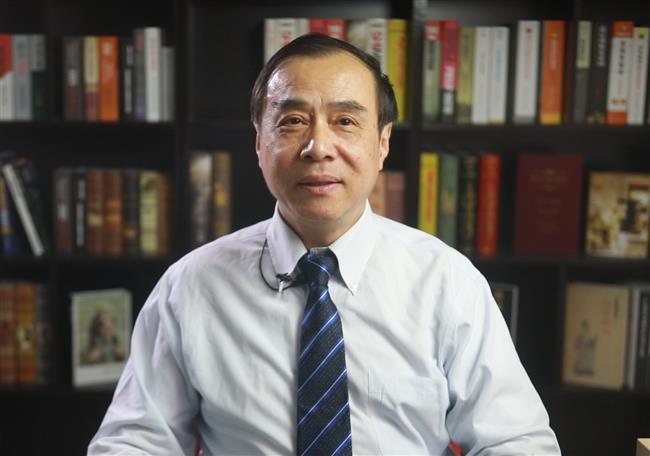 Now into its 12th year, the Pujiang Innovation Forum has a prominent role to play in science and technology innovation and the integrated development of the Yangtze River Delta region. Li Yuan, dean of Tongji University’s school of economics and management, shared his thoughts on the value of the forum with Shanghai Daily.

Q: How do you evaluate the success of the forum over the last 12 years?

A: Since 2008, the forum has focused on innovation, with Tongji University deeply involved as co-organizer. We have witnessed how it built a platform for innovators, and how it has contributed to national strategies and policy.

With innovation now playing an increasingly strong role in economic and social development, competition between countries is more fierce. Innovation does not mean a single breakthrough, but the construction of an ecosystem, improving resource utilization, developing new industries and laying the foundation for a new economic boom.

The world is more complicated than ever. All countries are facing huge challenges now. High-quality economic and social development means using innovation as the primary driving force of development. China needs to grasp opportunities in key global fields to gain the upper hand, raising the bar for us all. How do we approach opportunities with a global vision and contribute to China’s future as a world science and technology power? The Pujiang Innovation Forum allows people from all walks of life to offer advice and suggestions to the country’s policy-makers.

Q: Technological development has inspired the vision of a smart city. What will a smart city look like?

A: New products, new industrial forms and new business models based on the Internet, Internet of Things, Big Data and AI support traditional industries while fostering new drivers for the economy.

The ultimate goal is to benefit the human race. It’s not just about economic development, but also about urban planning, construction and management. At the 2010 World Expo, we put forward a good slogan, “Better City, Better Life.” A better city must be a sustainable city.

Many Chinese cities are dedicated to becoming smart, which has driven new industrial forms and business models. Government services are of a higher quality and efficiency than ever before. Intelligent services make citizens’ lives easier. New drivers have created new sources of growth.

Shanghai started building a smart city early. In 2010, it already had a strategy. Since then, a lot has been invested in information infrastructure, opening up many fields such as government affairs, urban management and health care. Citizens enjoy the tangible benefits of innovation.

Shanghai has broken down some of these barriers through one-stop public services citywide. The improved government website collects data and shares it among departments, making public services more equal, more universally beneficial and easier to navigate.

Building a sustainable city driven by market forces and the public good is impossible without effective top-level design, new technologies and high technical standards. We need better security in sharing data. These challenges mean that in planning a smart city and we need to figure out how to solve future problems before they arise.

Q: Has Shanghai made progress in building a science and technology innovation center of global influence?

A: The fundamental structure must be in place by 2020, with core functions of a science and technology innovation center working well by 2030.

Zhangjiang Science City has gathered more than 18,000 enterprises and is expected to boost four core industrial clusters — the Synchrotron Radiation Facility, the integrated circuit design park, the industrial base for aircraft assembly and the biomedical collaborative innovation platform — nicknamed “the strongest light, the Chinese chip, the sky dream and the new drugs.”

The science city has also assisted biomedical enterprises to establish a chain of R&D, production and sales.

Things are happening quickly because Shanghai is open to all. During his visit last year, President Xi Jinping said the city’s development was closely related to its open nature. More opening-up, connecting local and international resources, will benefit everyone.

Q: Shanghai is now pursuing high-quality development and living. How can science and technology innovation do more to serve these goals?

A: How can Shanghai perform better in international competition? We have a concept called “brand effect” in management science.

Based on its traditional advantages, Shanghai has decided to develop its brand in services, manufacturing, shopping and culture, and to promote Shanghai characteristics in industry, services, consumption and culture. By doing so, it aims to build its image as a high-end international city, to lead integrated development in the Yangtze River Delta region, and to support economic development.

Q: How do you see the relationship between building an innovation center and integrated development of the Yangtze River Delta region?

A: Coordinated development requires coordinated policy on land, environmental protection and talent, among others. It means eliminating regional market barriers and allowing a free flow of talent, cash and information.

The Yangtze River Delta is an important power base and demonstration area with a mission to establish an effective mechanism for coordinated regional development. It was one of the first places in China to industrialize, therefore it has well-established industrial chains with strong support. There are not only FTZs in Shanghai and Zhejiang Province and national science centers in Zhangjiang and Hefei, but it also has international super ports such as Shanghai, Ningbo and Zhoushan.

GDP in the delta exceeds that in the Beijing-Tianjin-Hebei region in the north and the Pearl River Delta region in the south. The delta region is regarded as the world’s sixth-largest city cluster, but its per capita GDP is far behind the other five. That means huge space for development.