Exhibition on the liberation of Shanghai opens 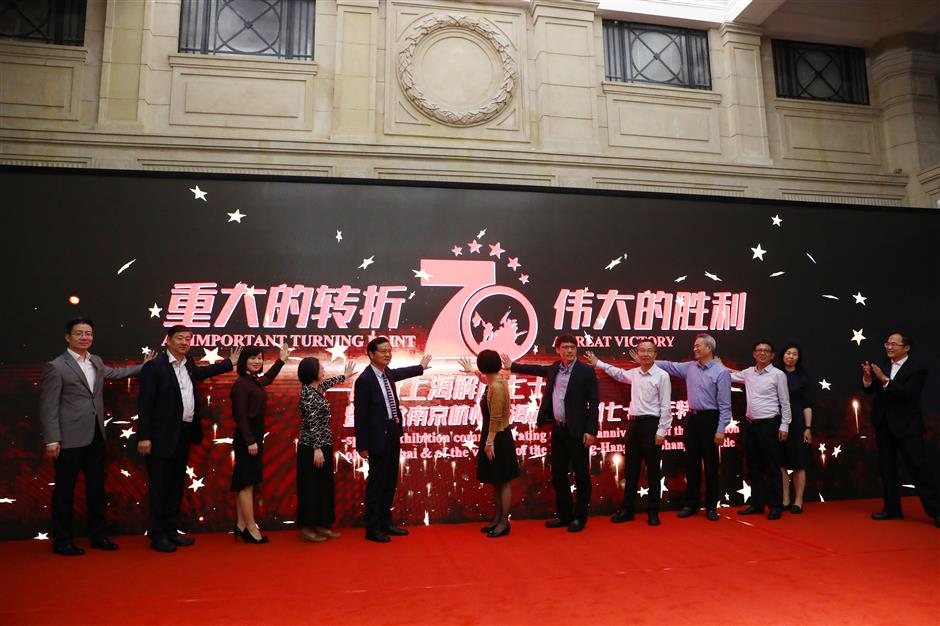 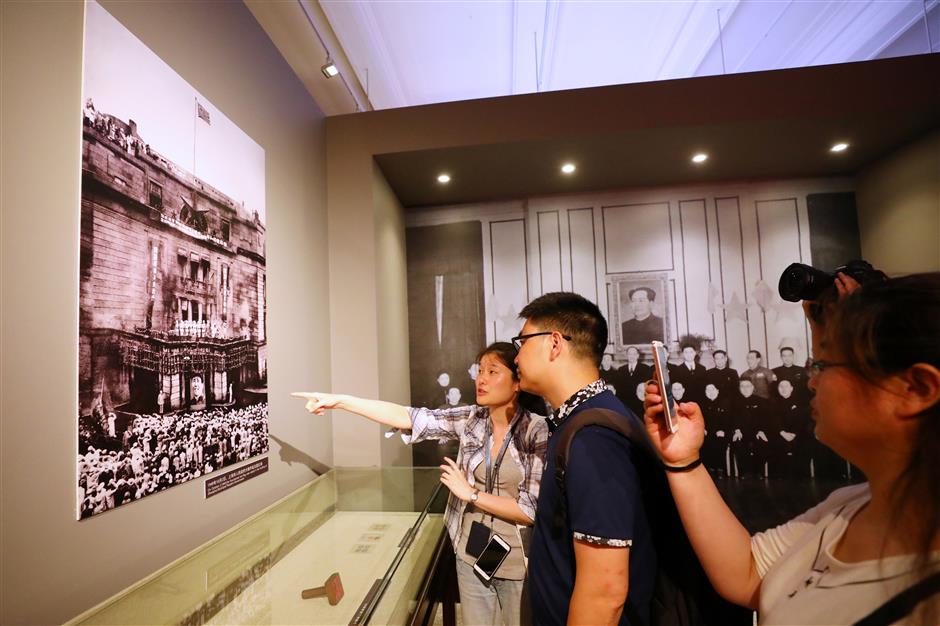 The first visitors check out the exhibition on Monday afternoon.

To celebrate the 70th anniversary of the liberation of Shanghai, which fell on May 27, an exhibition about the campaign opened at Shanghai History Museum.

For the first time, historic documents and objects from the liberation of Nanjing and Hangzhou, which fell on April 23 and May 3, 1949, are also on display.

The exhibition presents the economic situation and preparations before combat, people’s support for the frontline, as well as protection of factories and schools.

The exhibition also has historic relics donated by Shanghai residents.

Collector Shi Junping donated an old photo taken on May 28, 1949, the day after liberation, showing cheering crowds at the People’s Square.

“I think historic objects should be displayed rather than being put away in my personal collection,” he said.

Other exhibits include two waist drums used by a troupe, a water jug, a porcelain bowl and a pen left by soldiers of the People’s Liberation Army who died in the Shanghai Campaign, a medal awarded to the soldiers after the liberation and an old seal of the Shanghai government. 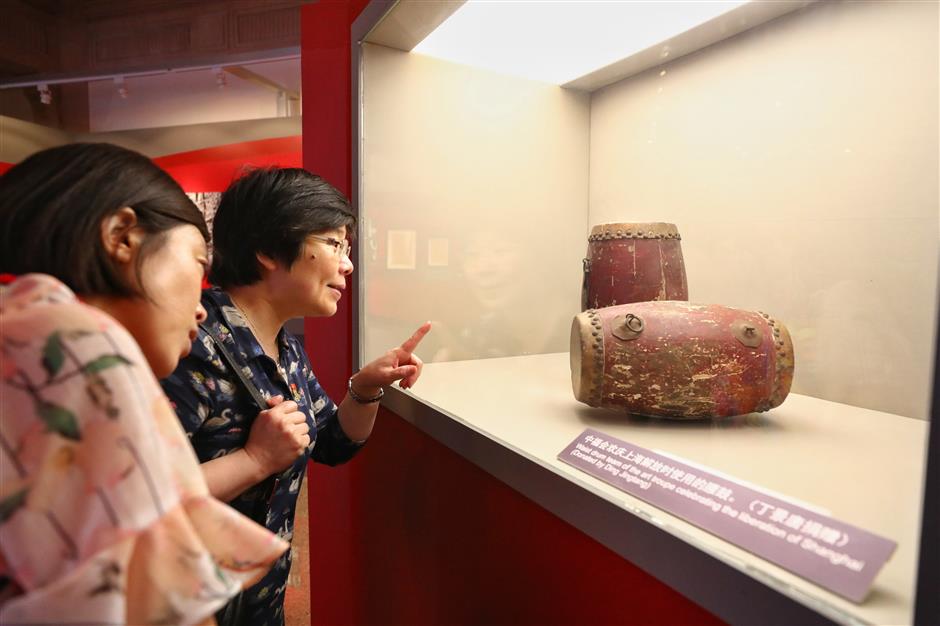 Two visitors look at waist drums used by a troupe celebrating the liberation of Shanghai. The drums were donated by a resident.

Chen Hui, an 88-year-old PLA veteran of the Shanghai Campaign, spoke at the opening ceremony.

“We fought a special battle in which we defeated the Kuomintang without destroying the urban landscape of the city as demanded by the central military commission,” he said.

“Let the commemoration remind us to always love our country, love peace and say no to wars.” 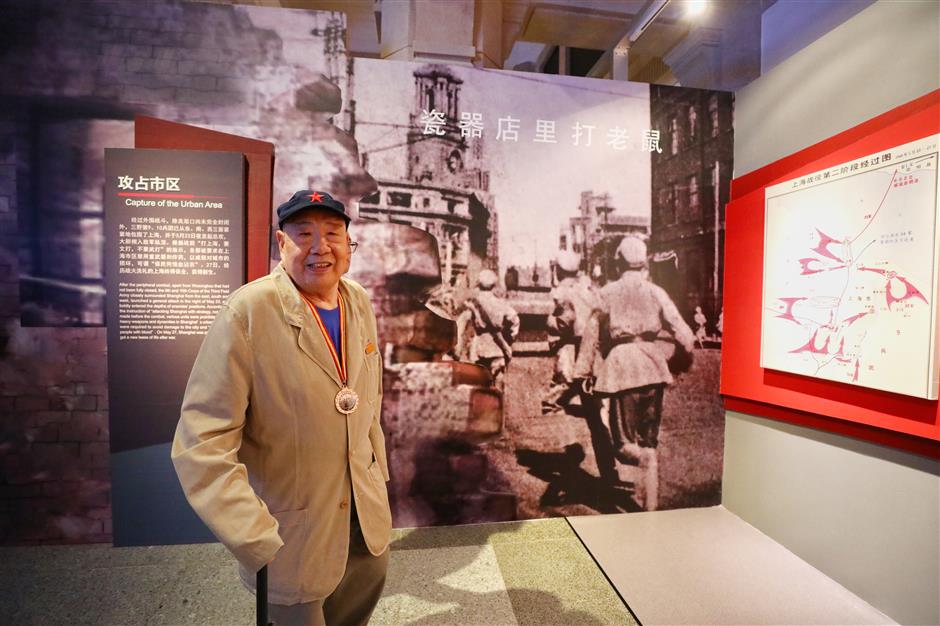 Chen at the exhibition on Monday

Chen donated a commemoration book given to cadres of the PLA in October 1949.

The exhibition will run till July 1 on the first floor of the east building of the museum on Nanjing Road W.

On the first floor of the west building, another exhibition outlines the development of Shanghai, Hangzhou and Nanjing after 1949.

The exhibition is presented in both Chinese and English.