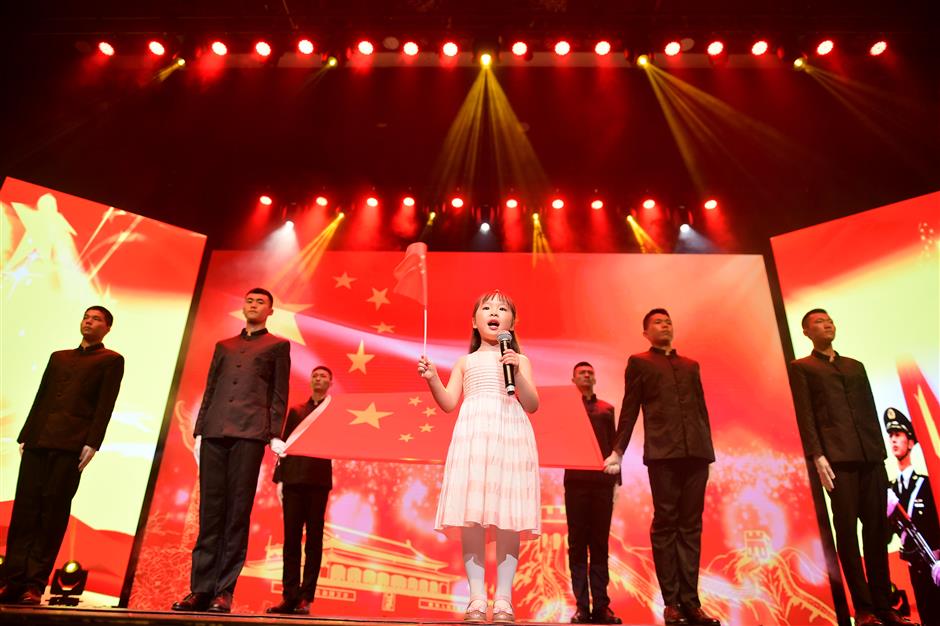 Celebrations marking the 70th anniversary of the liberation of Shanghai are held on stage at the Shanghai Centre Theater on Monday. 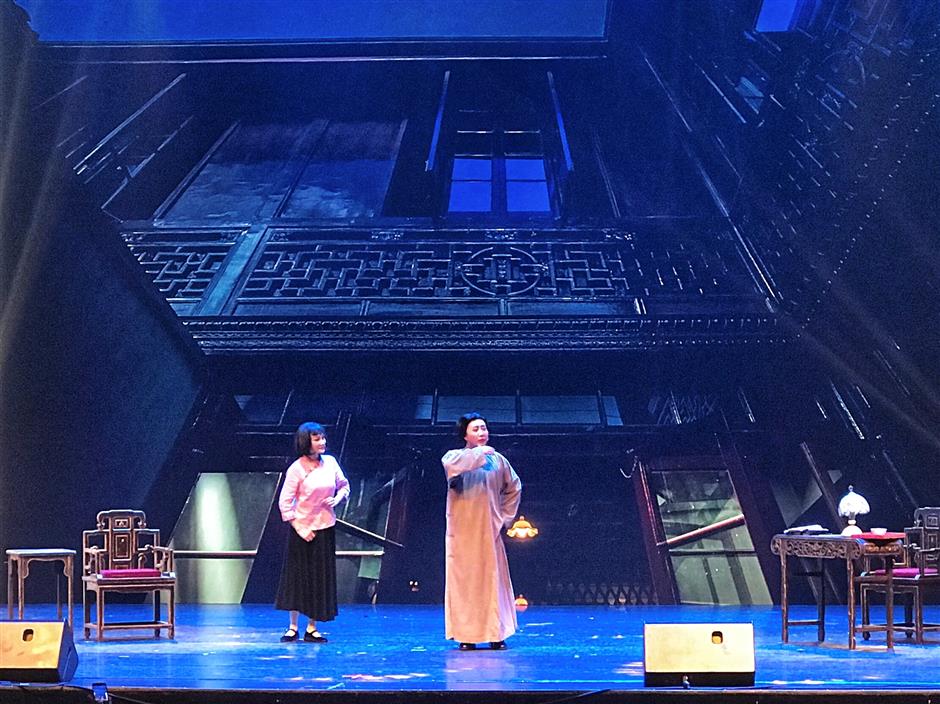 Scenes from the life of Chairman Mao Zedong and his wife Yang Kaihui at one of their residences in Shanghai are presented at the Shanghai Centre Theater on Monday. 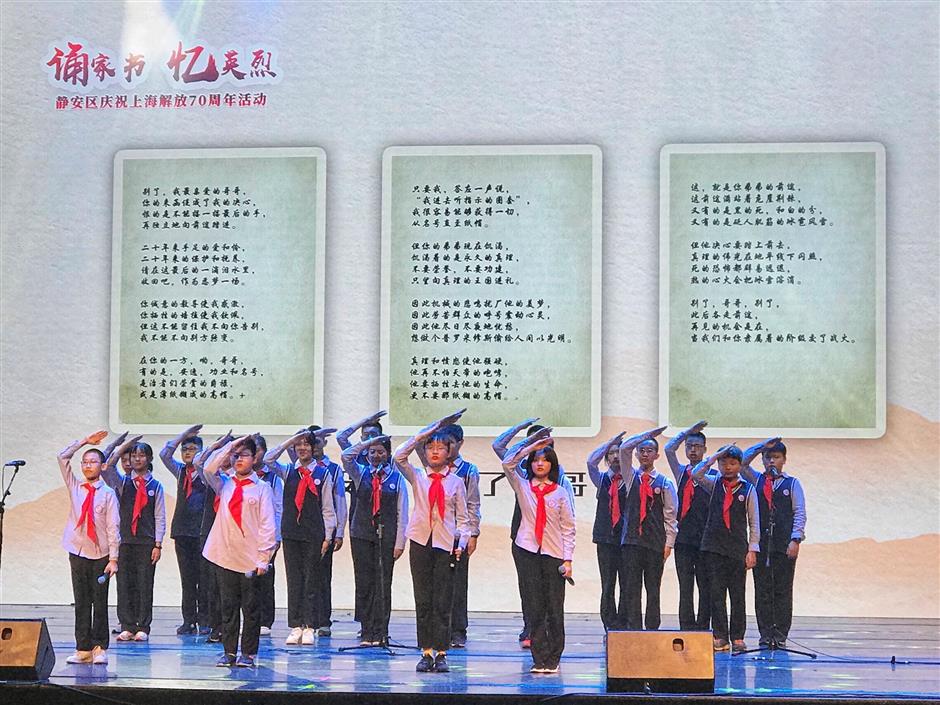 Students from Shanghai Minli Middle School pay their respect to Yin Fu, a former pupil who was killed in 1931 at the age of 21 for his involvement in the revolutionary movement.

The stories of four revolutionary figures and the sacrifices they made in wartime were told at the Shanghai Centre Theater on Monday, the 70th anniversary of the liberation of Shanghai.

A letter written by Yang Kaihui to her husband, Chairman Mao Zedong, was read out on stage. It was found in a crack in a bedroom wall of Yang’s former residence during renovation work.

Wu Qing, who works at Mao’s former residence and memorial on Maoming Road N. in Jing’an District, shared the letter with the audience, a letter that Mao never had the chance to read.

Yin Fu, whose real name was Xu Bai, was a renowned poet and member of Zuolian, an alliance of Chinese left-wing writers. He was killed aged just 21 for his involvement in the revolutionary movement.

Students from the Shanghai Minli Middle School, a 116-year-old school in Jing’an where he had studied, read one of his letters to his brother, and a play depicting his talk with literary giant Lu Xun was performed.

Scenes of Chinese soldiers led by Lieutenant Colonel Xie Jinyuan fighting Japanese invaders in a fierce battle at the Sihang Warehouse were staged.

Chen Guanyu, whose parents were killed around 10 days before the city's liberation when he was just 11 months old, read out a letter to his parents.

Activities celebrating the anniversary are being held across Jing’an.

An exhibition featuring old newspapers reporting great Party moments is underway at Mao’s former residence at 120 Maoming Road N., where he spent his longest time in the city from June to December 1924.

The exhibits are from Zhu Junhua, a collector from Gaoyou in Jiangsu Province, and they will be on show to the end of August.

The oldest exhibit is a copy of Xinhua Daily on January 1, 1949, which carried a new year message from Mao to “carry out the revolution till its victory.” Exhibits also include the launch issue of some Shanghai-based newspapers, such as Jiefang Daily, Labour Daily and Youth Daily.

Jing’an has 99 revolutionary sites, including former sites of Party conferences and headquarters, former residences of Party leaders and sites witness to wars and labor movements.

The renovation of some sites is underway to better preserve their history.

The National Labor Union Secretariat is due to reopen in October.

The interior design and exterior have been restored to their original look, but the exhibits will be upgraded, with new exhibition technologies introduced and new historic archives expanding the collection, cultural officials said.

The secretariat was founded by the Party in the city’s old international settlement to unite all workers in a class war in August 1921, when labor organizations were largely fragmented.

It was forced to close in July 1922 by the then governing body of the international settlement.

The two-floor shikumen (stoned-gated) building at 899 Chengdu Road N. was granted protected status in 1959 and opened to the public as a memorial in 1992. However, it was later pulled down to make room for the construction of an elevated road. It reopened at its new site at 893 Chengdu Road N. in 1999.

Inside the memorial, historic archives and settings depicting the founding conference of the secretariat and working scenes of early Party leaders are on display.