Explaining the big changes coming to the delta region 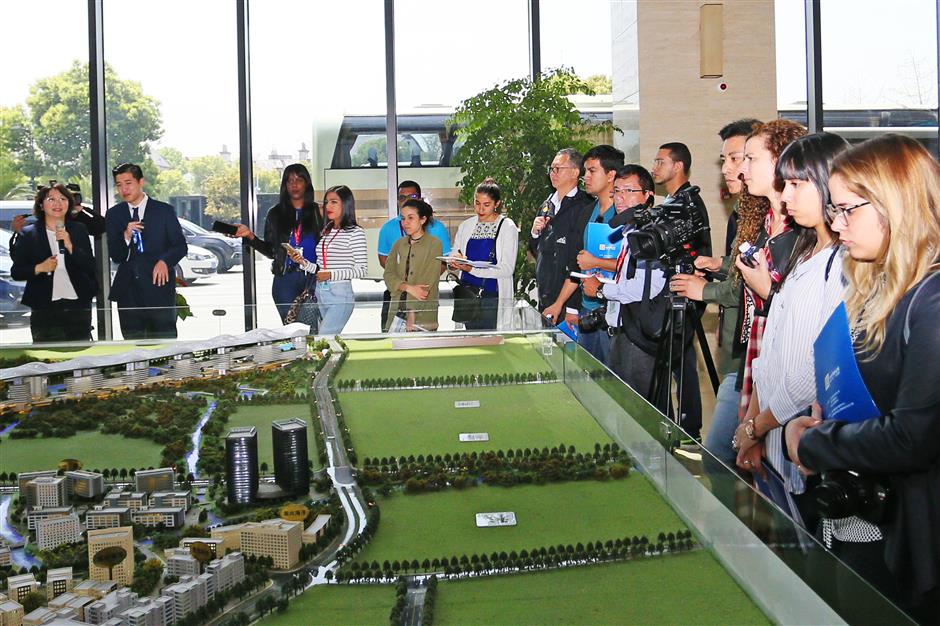 Sixty-five journalists from 42 foreign media outlets took part in a group interview on integrative development in the Yangtze River delta region recently, with the first leg in Songjiang District.

The group interview, from April 8 to 11, was launched by the foreign affairs office of the Shanghai government and Shanghai Media Group.

During their four-day trip, the journalists visited industrial parks and science and research institutes in Songjiang District and the cities of Hangzhou, Suzhou and Hefei along the G60 High-tech Corridor. The G60 is a cross-regional development program agreed between Songjiang and eight cities in the Yangtze River Delta.

In early 2016, Songjiang launched the 1.0 version of the G60 High-tech Corridor development within the district by focusing on innovation, industrial reconstruction, investing in advanced manufacturing industry and exerting regional leadership.

In 2017, the district launched a 2.0 version by cooperating with governments from Hangzhou and Jiaxing.

The 3.0 version launched last year will see the region expand horizontally along the Shanghai-Suzhou-Huzhou-Hefei Intercity Railway to include the cities of Suzhou, Huzhou, Xuancheng, Wuhu and Hefei.

Industrial parks in the nine cities will form a coalition to build themselves cross-regionally. Sci-tech enterprises within the Yangtze River Delta region will also deepen their cooperation.