Leading the way to a 5G future 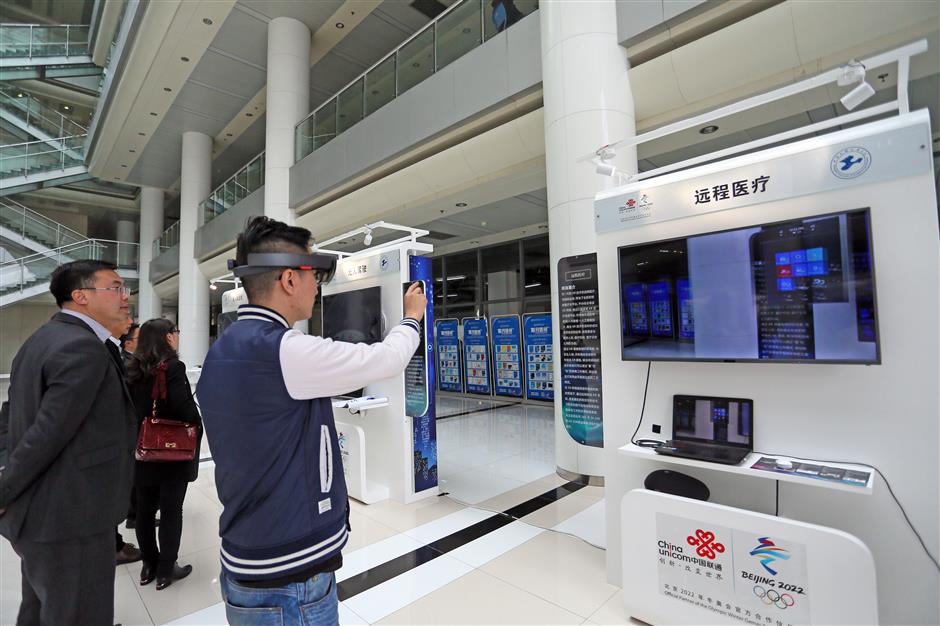 Songjiang will hasten its trial of promoting and applying the 5G network in the district this year, a Songjiang Science and Technology Committee official said during the recent 5G and Artificial Intelligence Application Display and Academic Seminar at Shanghai University of Engineering Science.

Compared with current 4G networks, 5G has a larger bandwidth and is more reliable and more widely applicable with merits including low latency and the Internet of Things.

Shanghai has become the first city with a trial 5G network with existing 500 5G base stations and various 5G applications. In Songjiang District 5G technologies are also being actively promoted.

Shanghai University of Engineering Science became the first campus nationwide that is thoroughly covered by 5G networks. Its 5G and Artificial Intelligence Lab, jointly built by China Unicom, was unveiled on March 19.

An 8K high definition screen at the lab can show clearly the facial expression of a driver who is a kilometer away. The 5G smart system is also employed at squares or other crowded places, and with only a few cameras can comprehensively monitor an area as large as several thousand square meters, according to a lab representative.

The lab will further apply 5G technologies into smart campus construction, unmanned driving, virtual reality and other research projects, paving the way for Songjiang to build itself into a smart manufacturing region guided by the G60 High-tech Corridor vision and equipped with 5G technologies.

With a theoretical net speed estimated to be hundreds of times faster than 4G’s net speed, 5G will significantly change society and affect industrial upgrading, according to an industrial insider.

As the first nationwide internet new industry model base, Songjiang is where Haier’s COSMOPlat, Yonyou Cloud and NewTon IOT of Shanghai MJ Intelligent Co are located. Its Dongjing Artificial Intelligence Smart Industry Cluster is also the gathering place of a batch of high-quality artificial intelligence companies. All these help build the foundation for the application of 5G technologies.