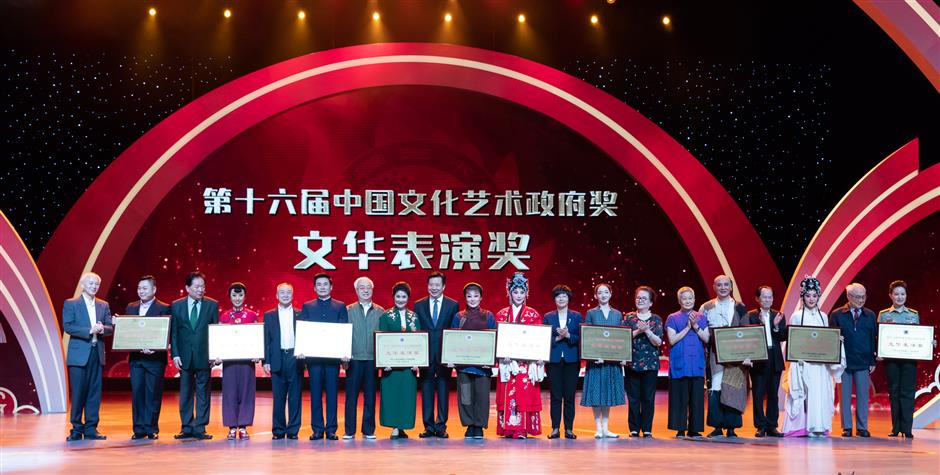 Ten shows are honored with the Wenhua Award of the 12th China Art Festival which closed on Sunday.

The 12th China Art Festival closed on Sunday night, revealing the top national art awards with performances from the winners.

Ten shows were honored with the Wenhua Award from the 38 nominees that were selected from all shows around the nation over the past three years. Ten top performers were also announced earlier.

The espionage dance drama, “The Unfailing Radio Wave,” from Shanghai, which opened the festival two weeks ago, was among the winning shows. The refreshing dance drama picked the most suspenseful and visually creative moments from the 1958 classic movie of the same title, telling the story of a secret telegraph operator who kept sending encrypted messages with key intelligence information until his death. It is based on the story of a real hero during China's War of Resistance Against Japanese Aggression (1931-1945).

Other winners included a dance drama visualizing three generations of friendship and partnership between constructors of the challenging Qinghai-Tibet railway and local Tibetans, a Chinese opera about a civic yuppie’s efforts to help a poor village, and a love story told through the combination of traditional Qinqiang Opera and modern chorus.

“This year's nominees have four main features,” summarized Zhu Di, director of art at the Ministry of Culture and Tourism.

“There are many realistic works rooted in daily life. Artists are trying to achieve a balance between high-brow art and accessibility to tell the China story. Many refreshing works have been done by reinnovating traditional culture and classics. We also see a sharp rise in great works from central and western China.”

The festival, held every three years in a different city, opened on May 20 in Shanghai, with more than 50 shows, a creative product expo, and a grand art exhibition that will run through August. It has broken many records.

On average, more than 80 percent of the tickets were sold for each show, attracting nearly 100,000 audiences. The organizers used new media extensively, attracting more than 114 million people to watch the shows online. The exhibition, which showcases the best works of paintings, calligraphy and photographs, attracted nearly 60,000 visitors in the first 10 days.

It was also a big surprise for many participating museums and companies at the creative product expo that their goods were sold out on the first day. More than 50,000 people visited the four-day expo, with sales revenue soaring past 34 million yuan (US4.93 million). 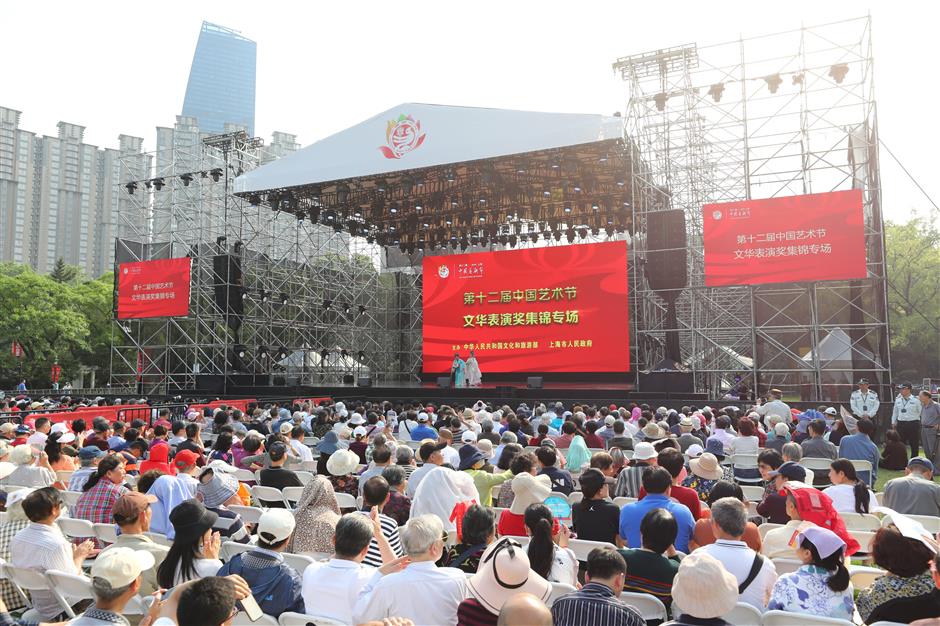 Free and low-price performances were organized in public spaces, allowing artists to get closer to more crowds.

The organizers, meanwhile, allowed artists to get closer to more crowds, by organizing free and low-price performances in public spaces, including parks and malls. Artists also went to communities and schools to give seminars and collaborate with fans and students.

“I’m quite excited to perform at an outdoor park like this, so close to the general audience, and very different from doing it in the theaters,” Wang Ping, a two-time Wenhua performing award winner, including this year, told Shanghai Daily, ahead of his performance at a local park.

“Many people say youngsters don’t like traditional opera. From my experience, that’s not necessarily true. We go into campus a lot, and many students love the operas. It’s a matter of whether and how they get to experience it for the first time.”