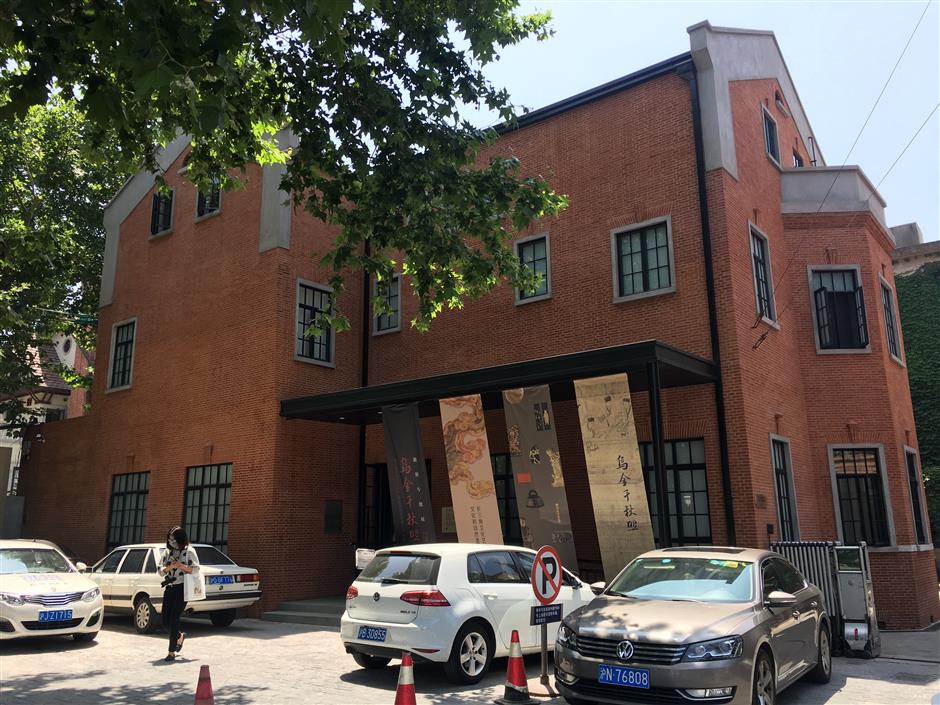 Xuhui Art Musuem will reopen on Thursday after a major renovation.

Xuhui Art Museum will reopen to the public on Thursday after a major renovation, with a free exhibition about Huizhou Ink Stick, which dates back to the Tang Dynasty (AD 618-907).

The museum is in a three-story Western-style building on Huaihai Road M. built in 1932 as Hongying Library, once the largest culture and history research institute in east Asia. It became the art museum in 2005.

The renovation has restored the building's historical appearance while installing a number of multimedia facilities for digital exhibitions, said curator Tang Hao.

The museum, with an exhibition space of 600 square meters on two floors, has hosted many popular exhibitions. A five-month exhibition about the Dunhuang Murals last year attracted a record 80,000 visitors, Tang said.

The forthcoming exhibition showcases dozens of historical ink sticks and multimedia shows about their history.

“We’d like to showcase the core spirit of the Chinese people and its inheritance nowadays through the culture and history of Huizhou ink,” said Tang Liqing, the exhibition's curator.

Craftsmen would burn pine wood or animal oil to collect the smoke to make ink sticks in a complicated process that adds ingredients such as traditional Chinese medicine herbs to improve quality.

Museum researchers visited ink-stick factories in Yangtze River Delta cities, especially in neighboring Anhui Province where the famous Huizhou ink originated. They learned about traditional methods and talked to senior masters of the listed cultural heritage skill to prepare for the exhibition. 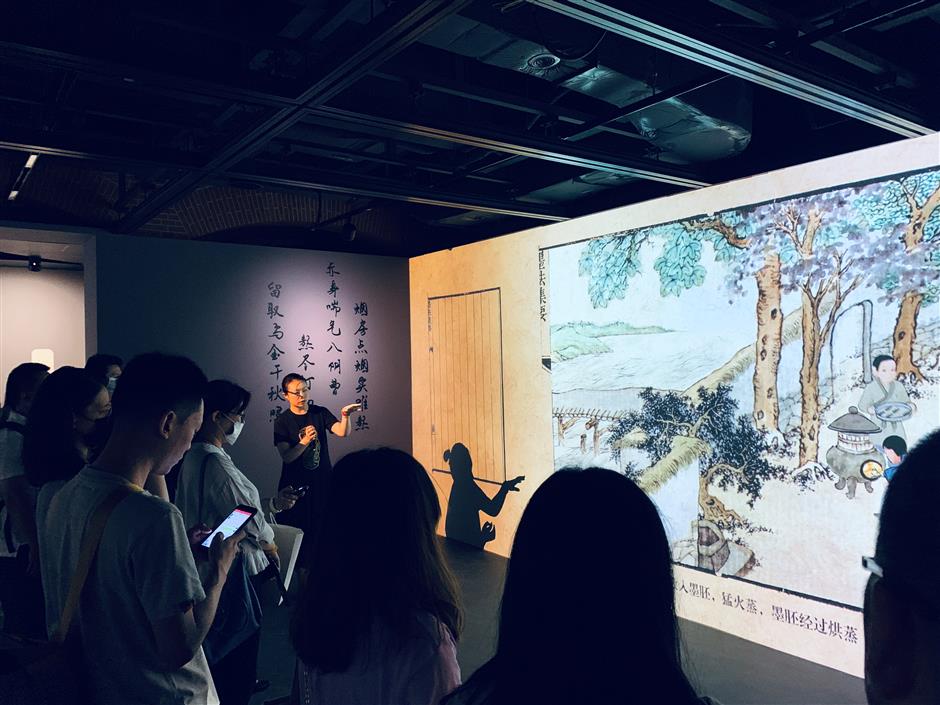 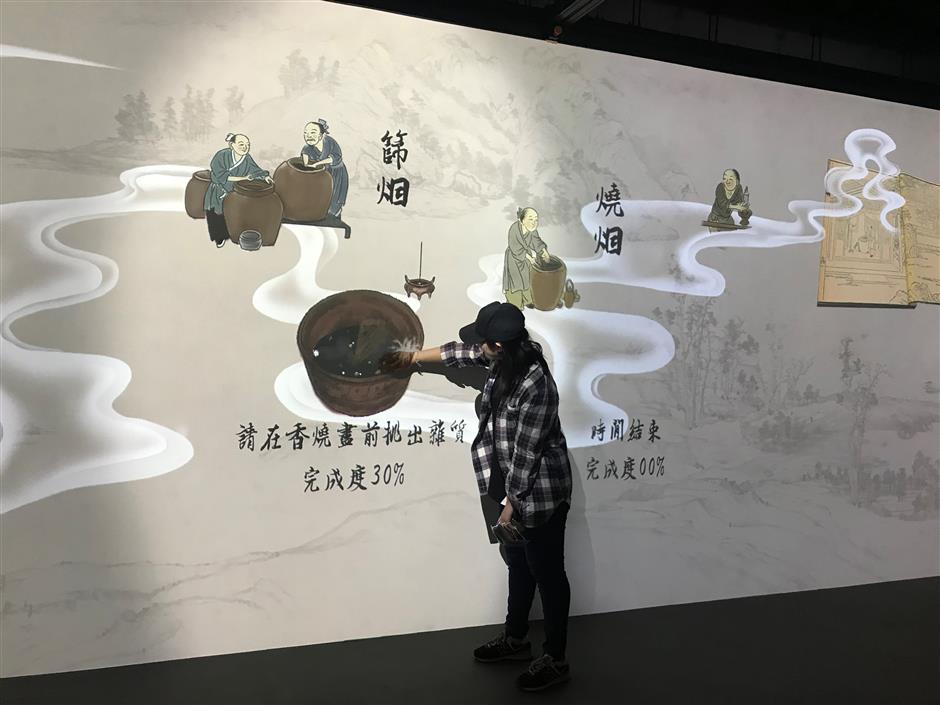 A visitor tries an interactive exhibition at Xuhui Art Museum on Tuesday.

Animations and interactive displays highlight the traditional process of making Huizhou ink. Artists were invited to incorporate paintings in historical books, such as the Siku Quanshu, or Complete Library in Four Divisions, China’s largest ancient encyclopedia, into the animations.

Music was composed by experts from the Shanghai Conservatory of Music, and craftsmen’s moves were modeled with motion capture technology based on interviews at the ink factories, Tang Liqing said.

As a highlight, 40 historical ink sticks made with the original molds dating back to the Qing Dynasty (1644-1911) are included in the exhibition. The series of ink sticks made at the Shanghai Ink Factory in 1986 were designed by Qing Dynasty artists based on 40 favorite scenic spots in imperial gardens such as the Palace Museum and the Old Summer Palace in Beijing.

The imperial residence and studies of the Qing emperors were incorporated into miniature paintings on the ink sticks.

“Visitors are expected to experience the magnificence of the historic architectural masterpiece through these exquisite ink sticks,” said Tang Liqing. Delicate carving and painting skills were involved in the sticks, she added.

Many other historical ink sticks are displayed along with their molds and boxes. Five colorful ink sticks ordered by renowned print brand Winsor & Newton in London are showcased. A rare medicine ink stick that includes many precious traditional Chinese medicine herbs and is said to be a cure for illness if drunk is also on show.

Volunteers from local schools and universities are serving as guides for visitors.

The exhibition, which runs to September 22, is open from 9am to 5pm every day except Mondays. 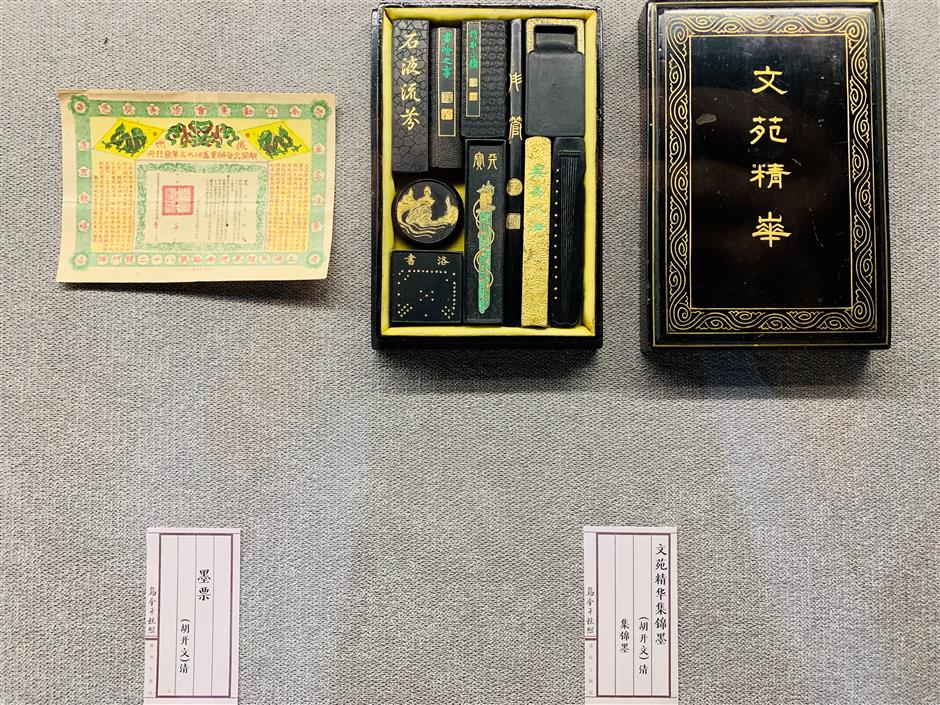 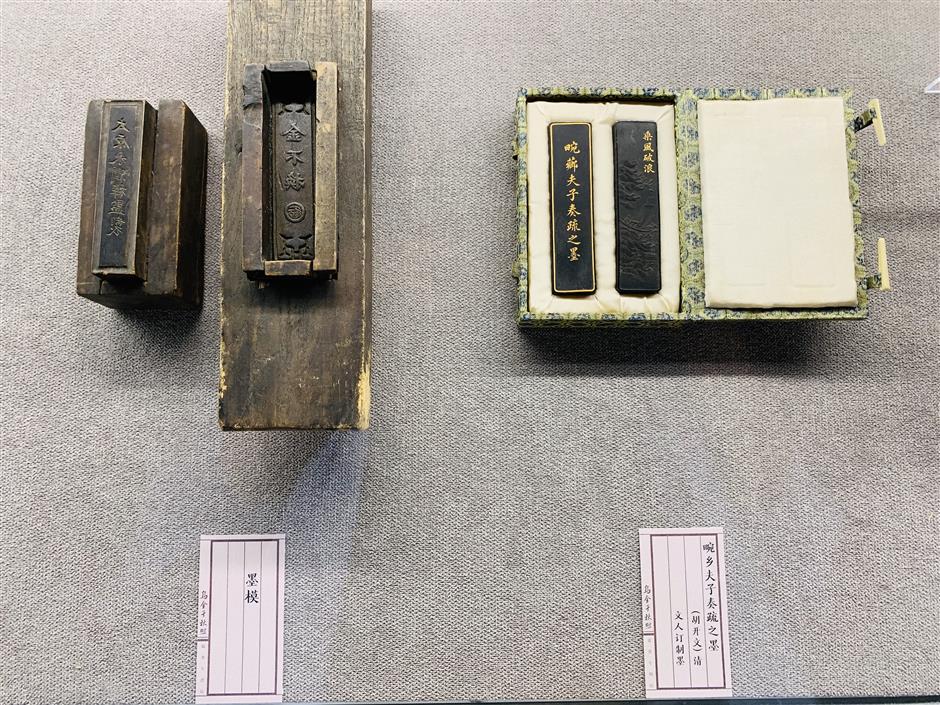 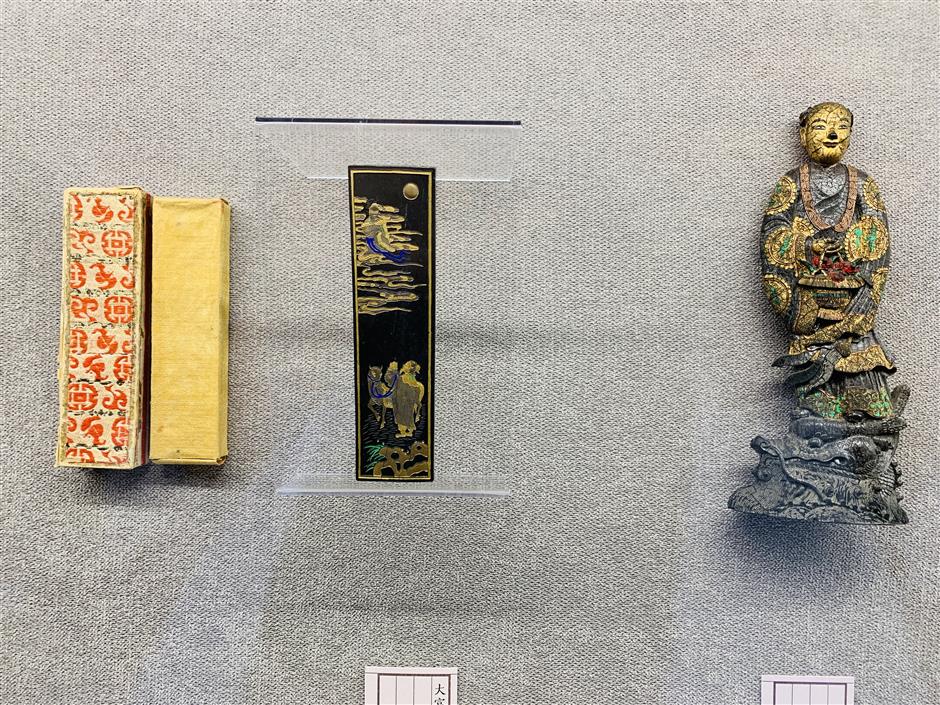 Some Huizhou ink sticks on display at Xuhui Art Museum 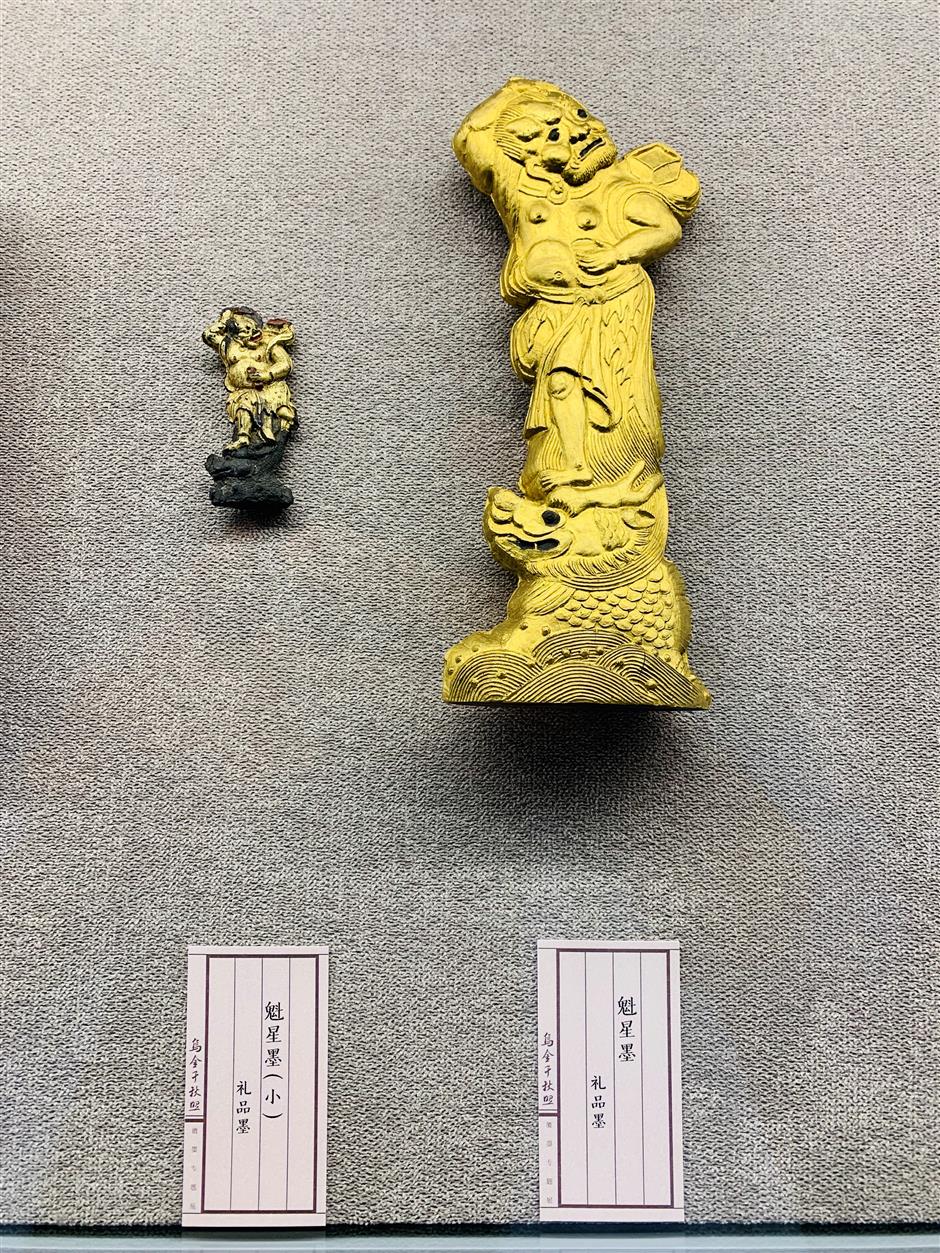 Huizhou ink sticks given to examinees for good luck are among the items on display at Xuhui Art Museum.