A cargo boat slammed into the Huangpu River bank near Ruining Road in Xuhui District around 8 pm on Wednesday, following a collision with another vessel.

A Shanghai Daily reporter arrived at the scene around 10pm. The area where the bank rails were damaged was sealed off, but the rest of the waterfront remained open.

Many people could be seen taking photos near the scene.

According to the Shanghai Maritime Safety Administration, the two boats, Run and Jingrui, collided with each other on the river.

The collision led Jingrui to veer toward the shore and it finally crashed into the river bank, damaging some of the rails placed there.

The administration soon dispatched two patrol vessels to the scene.

Nobody on the boat or on the riverside was hurt, the administration said.

Jingrui was loaded with sand. Its front was damaged but its navigation ability was not affected.

One of the patrol vessels escorted Jingrui, which was also not leaking, to suburban Minhang District. The other boat, Run, later sailed to Yangpu District and was berthed there.

The cause of the incident was still being investigated at the time of going to press. 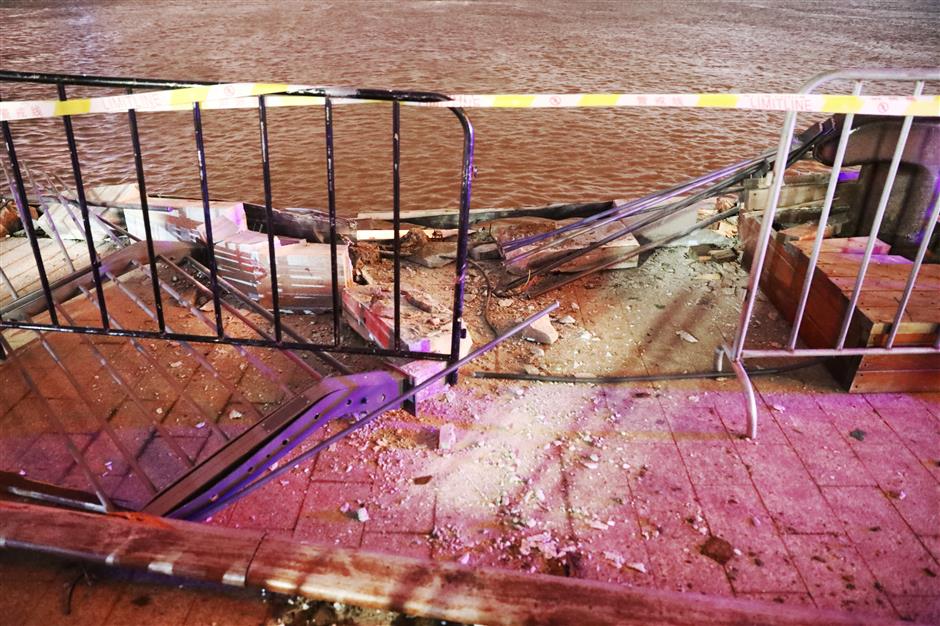 Damaged rails, caused by a cargo boat slamming into the Huangpu River bank, can be seen at the shore site in Xuhui District on Wednesday night. 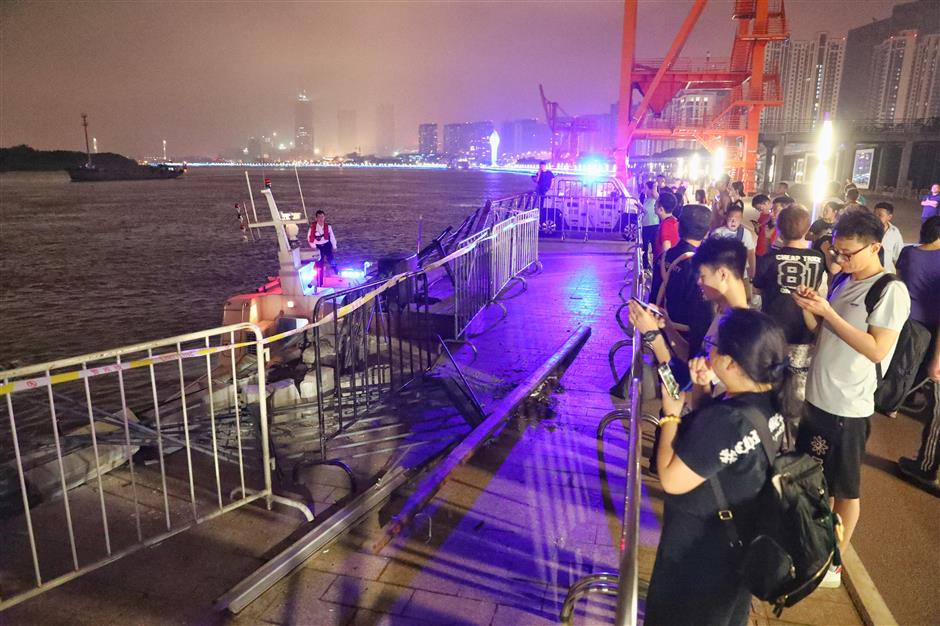 A patrol boat responds to an accident where a cargo boat slammed into the Huangpu River bank in Xuhui District as people gather near the scene on Wednesday night.