Trash sorting: Local universities waste no time in getting ahead 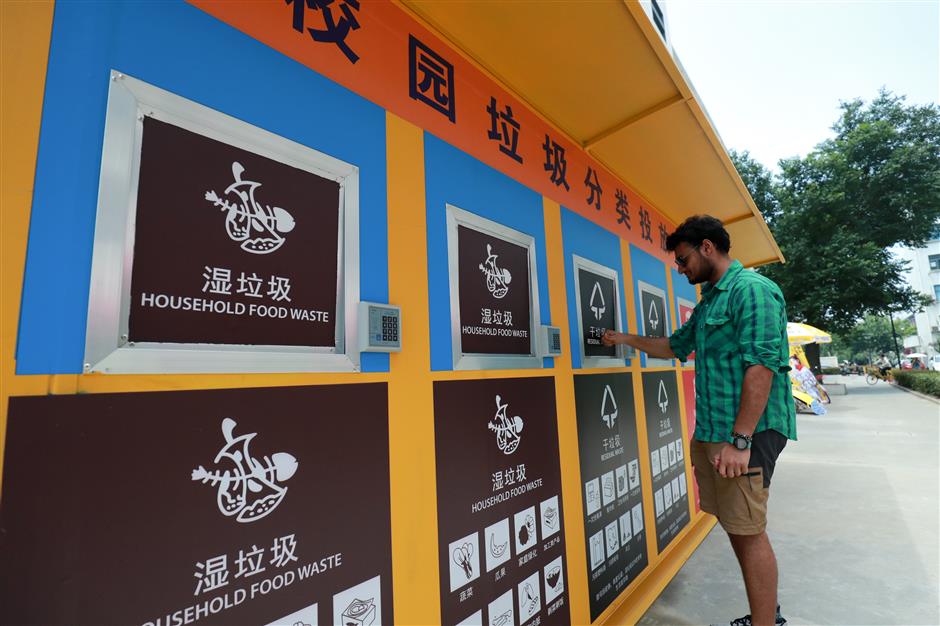 Dhritiraj Sengupta, an Indian student at East China Normal University, gets rid of trash at a designated dumping spot.

A training session on garbage sorting was also conducted during the conference.

East China Normal University, which has two campuses — in Putuo and Minhang districts — with about 40,000 students and faculty, released the university's domestic garbage-sorting management implementation regulation in May.

"The aim is to create a 'green' campus," said Mao Yunfei, deputy director of the university's logistics support department.

The university uses high-definition cameras on campus to spot irregularities. Students captured dumping garbage arbitrarily once will be publicly named at their colleges. If they are caught twice, they will be exposed to the whole university and their scholarships or subsidies slashed. In the third instance of random waste dumping, the errant students will be deprived of the qualification for any award, according to the regulation.

For failure to correctly sort garbage for the first two times, students will be strictly handed down instructions but from the third instance to the fifth one the punishments are the same as for random waste dumping, it states.

"We give three chances to those who secretly dump trash into river courses or greenery, and five chances for failure to sort garbage," said Mao.

"We have also established designated garbage-dumping spots, which open three times a day and are being trialled," he said, adding that trash bins will be removed from dormitory areas. 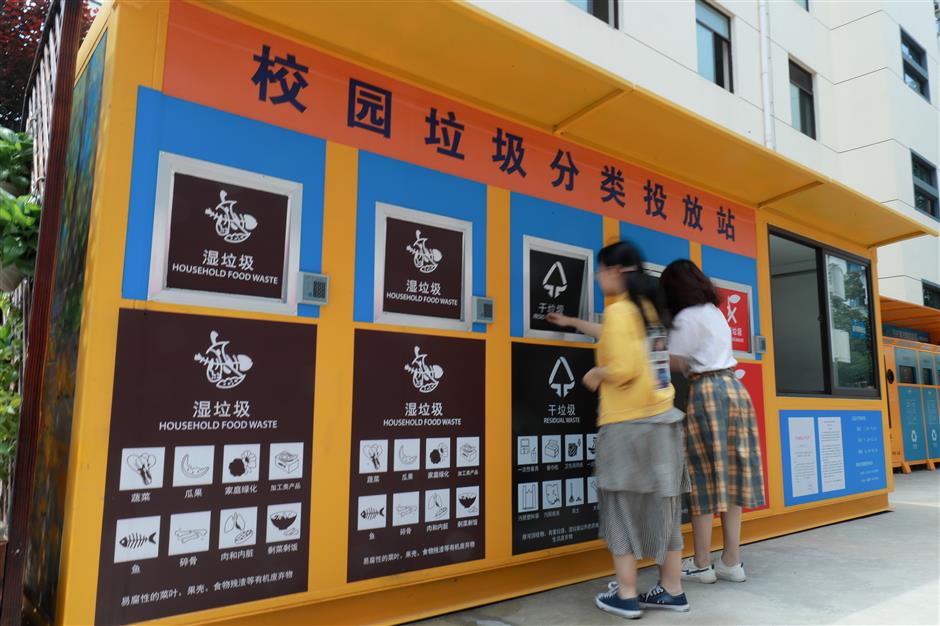 In the future, there will be no garbage bin open round the clock, which allows random dumping anytime, Ma explained, revealing that the university has 10 short-distance garbage transportation vehicles for different types of trash to avoid mixed transportation.

Volunteer teams have been established, also including foreign students, and training has been conducted among faculty and on campus, said Mao. "It takes time to establish a long-term mechanism and ensure correct garbage sorting, which requires a transition period."

Dhritiraj Sengupta, an Indian student at the university, said he has started sorting garbage at his dormitory.

"We mainly focus on plastic and electronic trash, as they are the big waste among students here," he said.

"Garbage sorting is the most important thing to do given the current state of our environment," Sengupta noted. "Sorting them from the source will help waste managers spend less effort in recycling them. In the end, it saves both our environment and money."

Dumping garbage at designated spots is not inconvenient at all, he insisted.

"Once people get to know where and what to dispose, it will be easier for everyone. We do need to follow a civilized practice to properly manage our waste and put less pressure on our environment, especially oceans."

"I sort napkins out separately into bins for dry waste in the canteen, and we have been informed of the new regulations," Li said  "Garbage sorting is important for the environment.”

"The aim (of garbage sorting) is to raise awareness of environmental protection and promote the construction of 'green campuses'," said Min Hui, an official with the Shanghai Education Commission.

From July 1, when Shanghai’s first domestic garbage management regulations take effect, individuals can be fined up to 200 yuan (US$30) for failure to sort garbage.