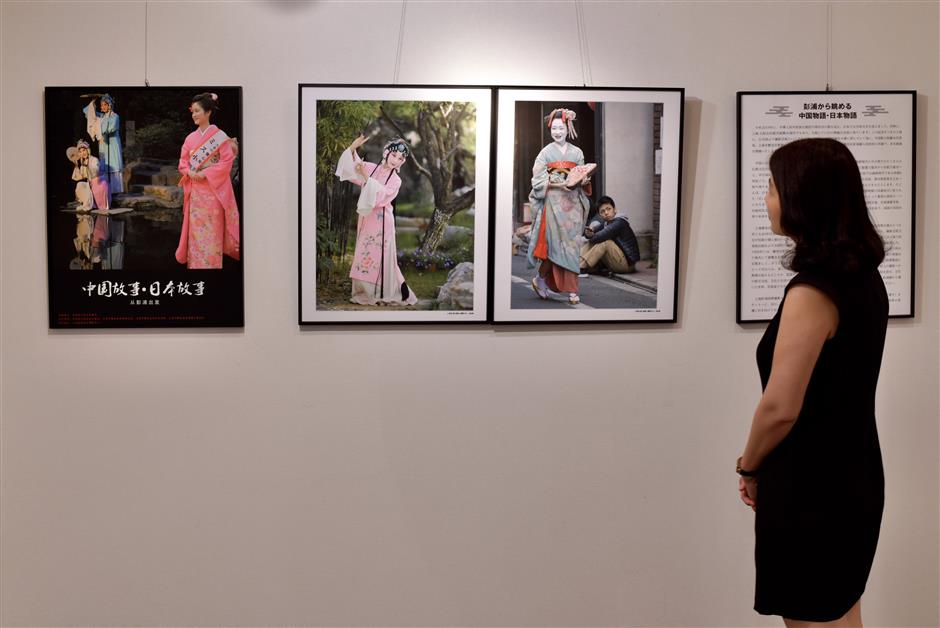 A visitor admires some of the photographs on display in Osaka that highlight the similarities between the cultures of China and Japan.

Pengpu, a former agricultural town in Jing’an District and now a thoroughly modern community, is to establish an international photography center later this year as a portal for cultural exchanges.

“We hope Pengpu will take an active part in recording great moments across the world and display the beauty of Chinese culture to the world,” said Yang Rong, deputy director of the township government.

“No matter shutterbugs or professional photographers, they will have a platform to tell their stories to the world. They will also get access to overseas photographers and get to know the world’s vicissitudes through photos,” she added.

On Tuesday, an exhibition that displays the relationship between Chinese and Japanese cultures was unveiled in Osaka, Japan, the latest in a set of warm-up activities ahead of the opening of the photography center.

The exhibition features 50 photos taken by Zhao Hui, a renowned Shanghai photographer who will operate the center after it opens.

The photos were taken in the two countries, some in Pengpu, displaying Buddhist temples, traditional clothes and folk customs.

“We can see through the photos how the two countries absorb each other’s culture,” said Zhao.

His photographs highlight some interesting comparisons, such as that between young women in kimono in Japan and in qipao in China’s watertowns, and the contrast between Japan’s Kabuki performers and China’s Kunqu Opera artists. 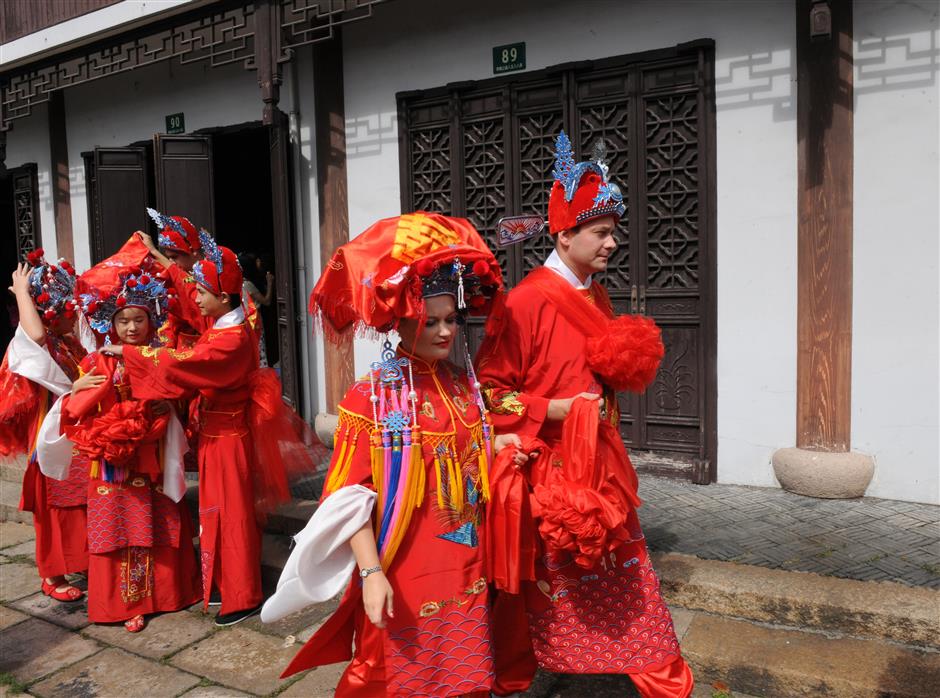 A traditional wedding in a Chinese watertown

Some of Japan's Buddhist temples can find their prototypes in China. Daming Temple in China’s Yangzhou, Jiangsu Province, for example, and Toshodai-ji in Japan’s Nara are both related to renowned Chinese monk Jianzhen.

Jianzhen popularized Buddhism in Japan in China's Tang Dynasty (AD 618-907) and introduced a great deal of Chinese culture during his 10-year stay in Japan. He designed the Toshodai-ji, now a World Heritage Site.

Li Tianran, Chinese consul general in Osaka, said the cultural exchanges between the two countries are long-lasting, and this exhibition will introduce Chinese culture to more Japanese people.

The exhibition will run through June 16 at the Rihga Royal Hotel art gallery. Then it will tour Osaka during the G20 Osaka Summit. In September, it will return to Shanghai.

Osaka is a sister city of Shanghai, and the two have enjoyed ties for 45 years. Currently, half of the overseas visitors to Osaka are from the Chinese mainland.

Osaka also has some connection with Pengpu.

Photography became popular among farmers in Pengpu in the late 1970s, and they soon earned fame across the country. In 1988, some of the photographers, mostly farmers, were invited to display their work in Izumisano, a city administered by Osaka, becoming the Chinese mainland’s first non-government photography group to hold an exhibition abroad.

“At that time, we displayed purely local rural life, and it really caused some sensation in Japan,” said Li Weimin, one of the picture-takers. “Today, farmland has been replaced by buildings, and there are no farmers any longer. Pengpu has turned into a modern beautiful community.”

Yang said more exhibitions and classes will be available locally to foster budding photographers. Teams will be established in every neighborhood, and photographs exhibited along major roads.

“Along with the opening of the photography center, the first township photography art festival will also be held,” said Zhao. “We plan to cooperate with local consulates of Europe Union countries and hold exhibitions. It is expected to be a lasting project.” 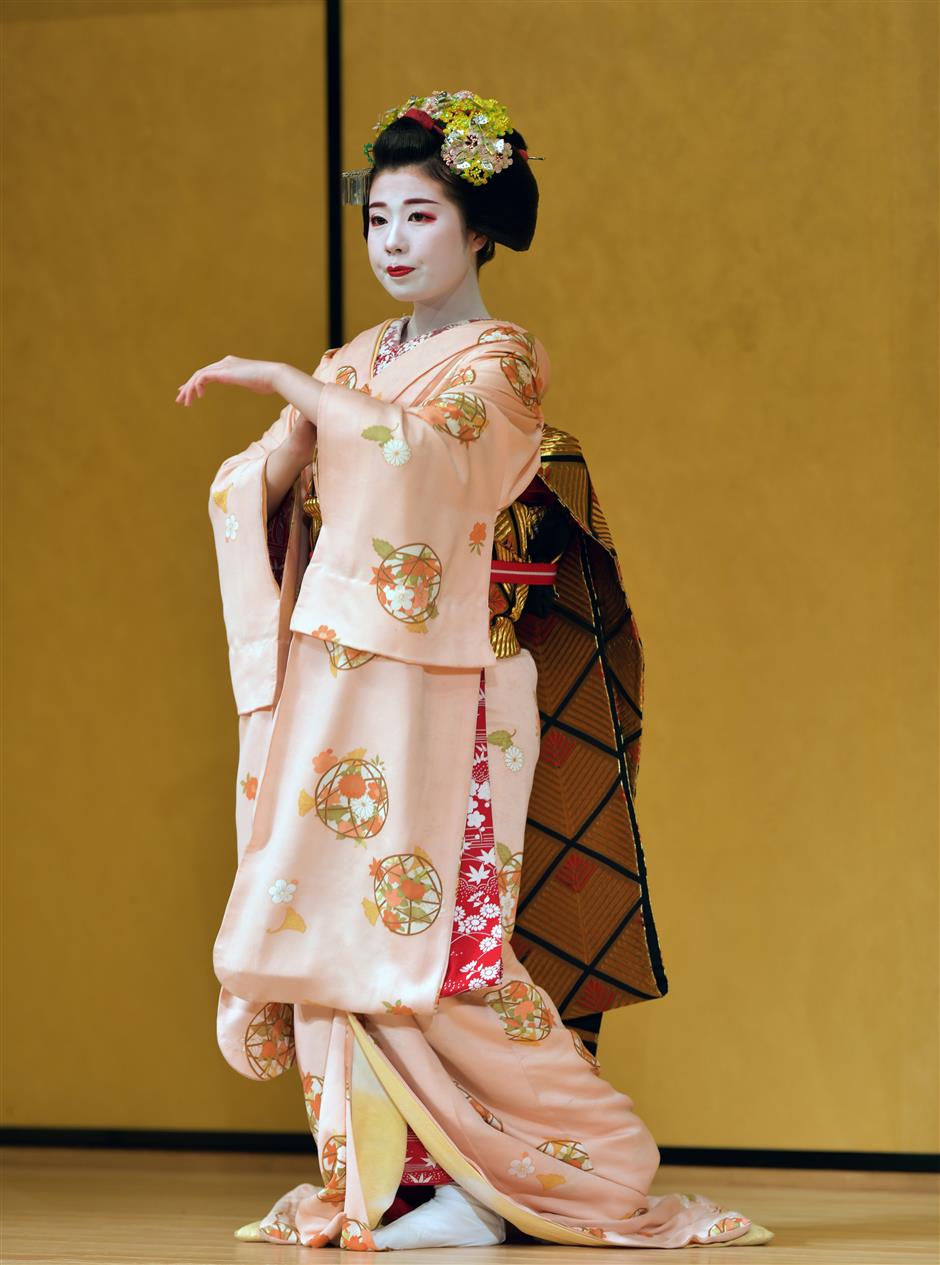 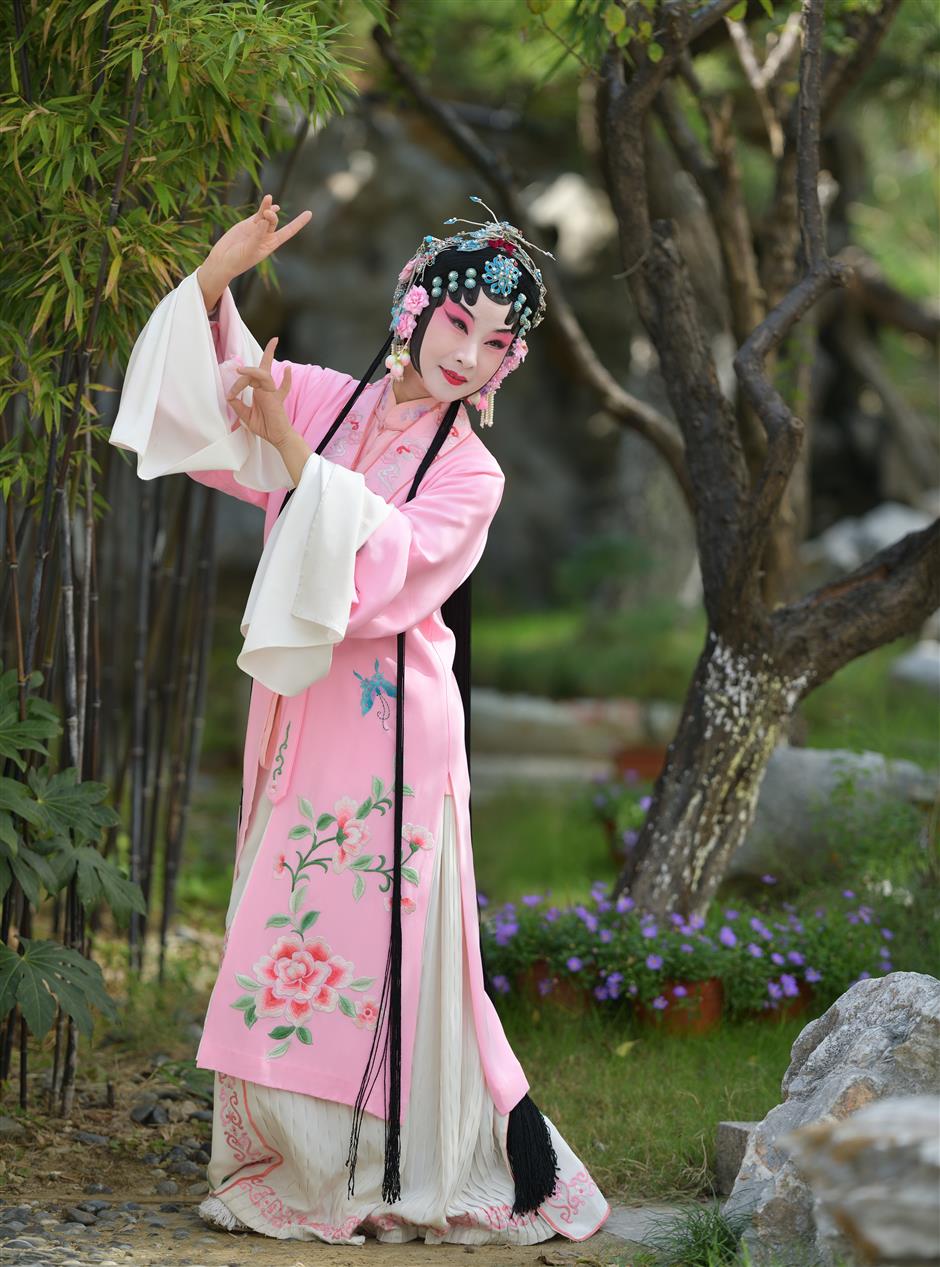