A forum at the Shanghai International Film and TV Festival discussed new trends in the production and marketing of online films on Wednesday.

Ever since the debut of online movies in 2014, China has seen huge potential in the genre, producing more than 1,500 online movies last year.

According to Lu Yang, general manager of Youku’s online film center, the quality and artistry of online movie will be improved by original stories and new marketing modes.

Later this year, Youku will present the country’s first “seasonal film” based on an online novel about women in Beijing. Four installments are planned for four seasons throughout the year.

At the very beginning, online movies catered for the tastes of young men who spend a lot of time online. But movies today attract a much wider audience with comedy, adventure and suspense among popular genres. 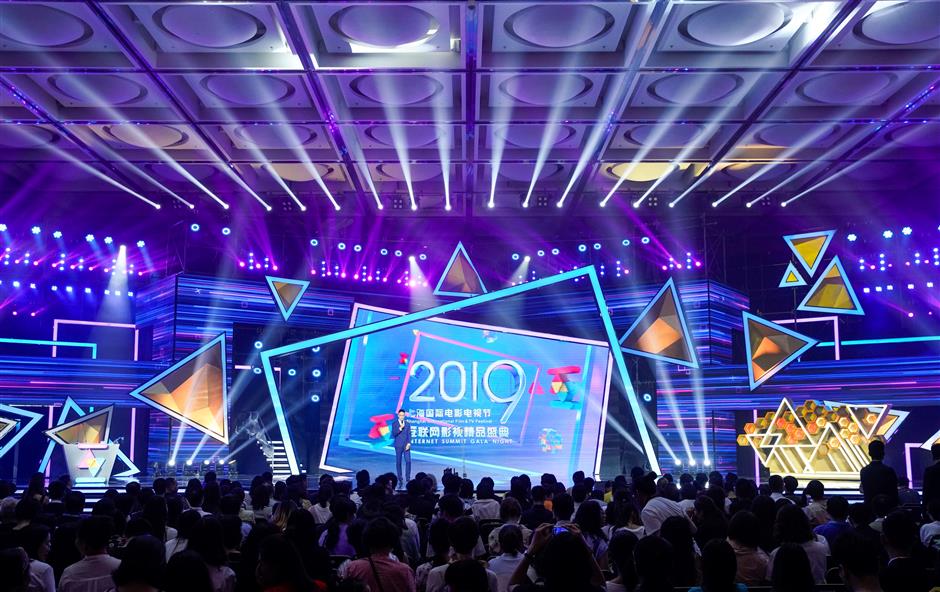 The 2019 Internet Summit Gala Night of the film and TV festival was a celebration of last year’s accomplishments in creative works through online streaming services.

On Tuesday, stars graced the red carpet for the 2019 Internet Summit Gala Night of the film and TV festival at the Shanghai International Sourcing Center.

The gala was a celebration of last year’s accomplishments in creative works through online streaming services, including Tencent, iQiyi and Youku. As technology progresses, entertainment is looking toward a 5G future, where Internet works become the mainstream and are accessible on every device. Every feature of the ceremony, from presentation to execution, strived to demonstrate a technology-first attitude.

Last year witnessed a skyrocketing rise in Internet variety shows, an increase of 14.1 percent from 2017. Total investment surged 58 percent to 6.8 billion yuan (US$982 million) in 2018. With this popularity, variety shows are competing for creativity and novelty, creating an uphill battle for success. This year’s most creative team went to Shine Entertainment. The individual performance award went to Yang Chaoyue, who began her career as singer and actress in variety show “Create 101.”

In the Internet movies category, there were 1,526 productions made in 2018. Hai Fenxing and Ma Xiaogang of the series “The Guilt” took home best playwright and best director of an Internet movie respectively. Both Hai and Ma expressed hope that Internet works can be brought onto the bigger screen as well. Best actor went to Zhang Chao for his performance in “Exclusive Memory.” Best actress went to both Li Tingting of “Exclusive Memory” and Zhu Yanmanzi for her performance in “The Guilt.” 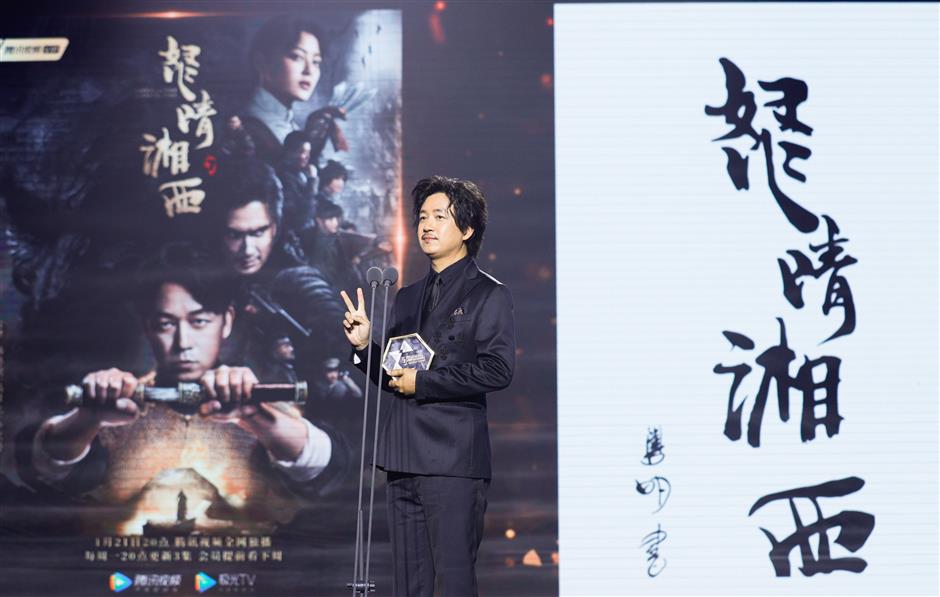 Pan Yueming wins the best actor award for his work in “The Wrath of Time.”

Quality over quantity was the theme for last year’s Internet series. Known for occupying data use, Internet series has made a reputation for itself due to its widespread audience base.

The biggest challenge facing Internet series is that "we never know if it will be a hit, so we must pay close attention to every detail,” director, playwright and producer Bai Yicong said.

This year’s best actress went to Qi Wei for her portrayal of resilience in “Women in Beijing.” While for the second time in a row, Pan Yueming took home best actor for his work in “The Wrath of Time.”