One One Zero Eight 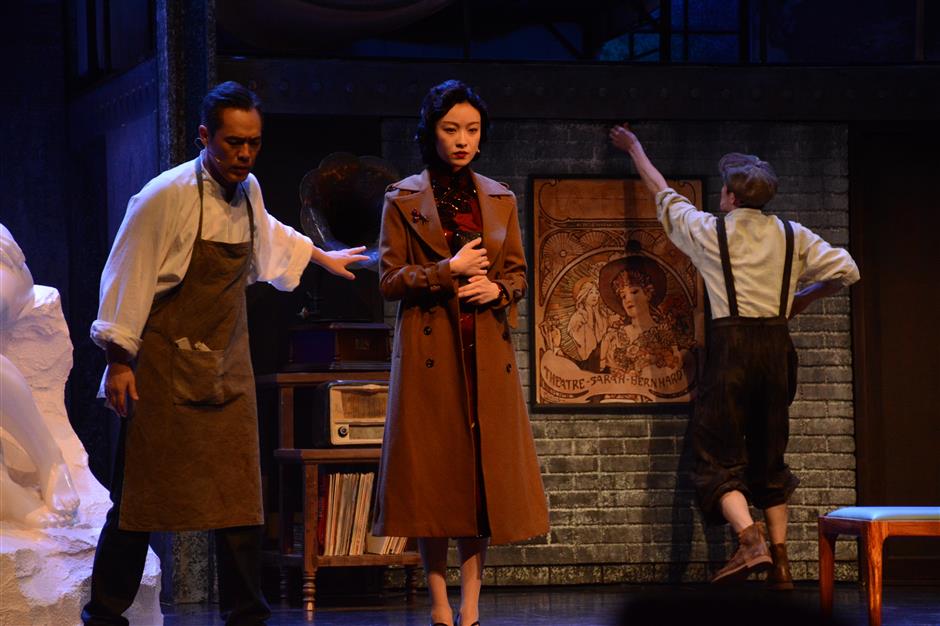 Fan Kuang-yao (left) and Ni Ni (center) both play two roles in “One One Zero Eight.”

The play “One One Zero Eight” is to premiere at the Theater Above in Xuhui District on Saturday.

Set in two different times in a building near Hongkou Park, by 1943, the former armaments factory had become the secret headquarters of Party members under the cover of a sculpture studio owned by artist Bai Shi. In the present day, the place now houses the loft where popular novelist Shu Tong lives.

In a place full of stories, a cross-time conversation between Shu and Bai takes place.

Written and directed by Stan Lai, “One One Zero Eight” is based on the premise that we are merely transient guests who never truly own a space. Staying temporally somewhere, we can’t know who once left their tracks there.

“Just like the shopping mall Metro City where the Theater Above is located. Most people don’t know that the site was a theater which was demolished. We also don’t know what it will become in the future. These thoughts fueled my desire to write this script,” said Lai.

The old buildings from the early 20th century, the lush phoenix trees and the overall sense of a bygone age have been an important source of inspiration for Lai since 2015. The stage is also designed by himself.

“This is the beginning of my theater career,” said Ni, who is performing on stage for the first time.