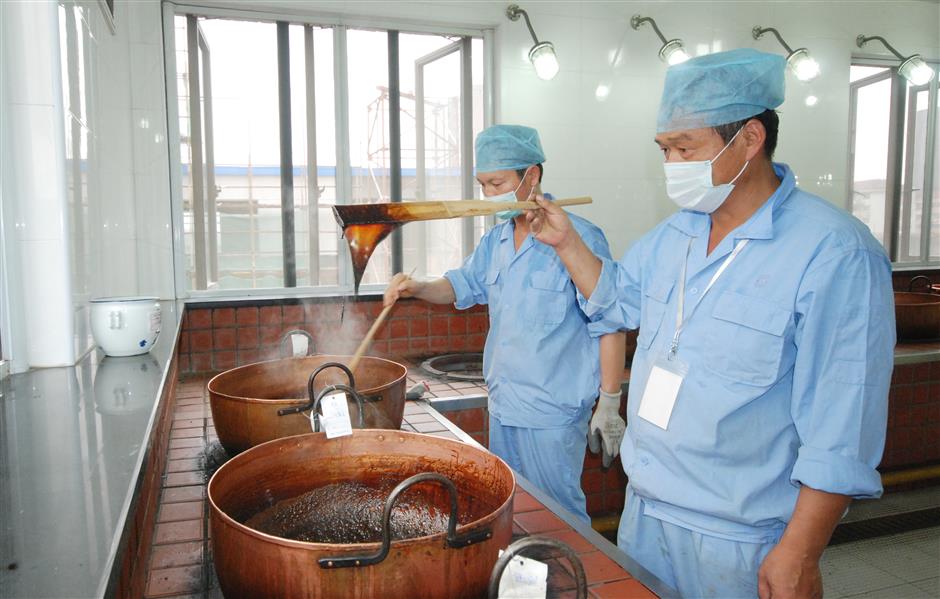 Traditionally, Chinese people rely more on experience, the complete opposite of Westerners who believe in numbers. So, traditional Chinese medicine prescriptions usually refer to a few ginseng or some saffron, instead of 1 gram of ginseng or 6 grams of saffron.

This is a unique charm of China, but it also causes some people to distrust TCM. Renowned Chinese pharmacy, Lei Yun Shang West, breaks that stereotype by standardizing the process of making gaofang, Chinese herbal pastes.

Its innovative and scientific approach has helped it earn official recognition as one of the 66 “Shanghai brand” certificate owners, 16 of which were announced at an awards ceremony on Wednesday. It is the only TCM brand to get the honor.

It’s very hard for a TCM industrial player to gain the "Shanghai brand" plaque because of the very high standards expected. But, according to Lei Yun Shang West, it has been consistently improving its standards over a period of time.

Lei Yun Shang originated in the city of Suzhou in neighboring Jiangsu Province. Initially it was called Lei Song Fen Tang when it was founded in 1662. 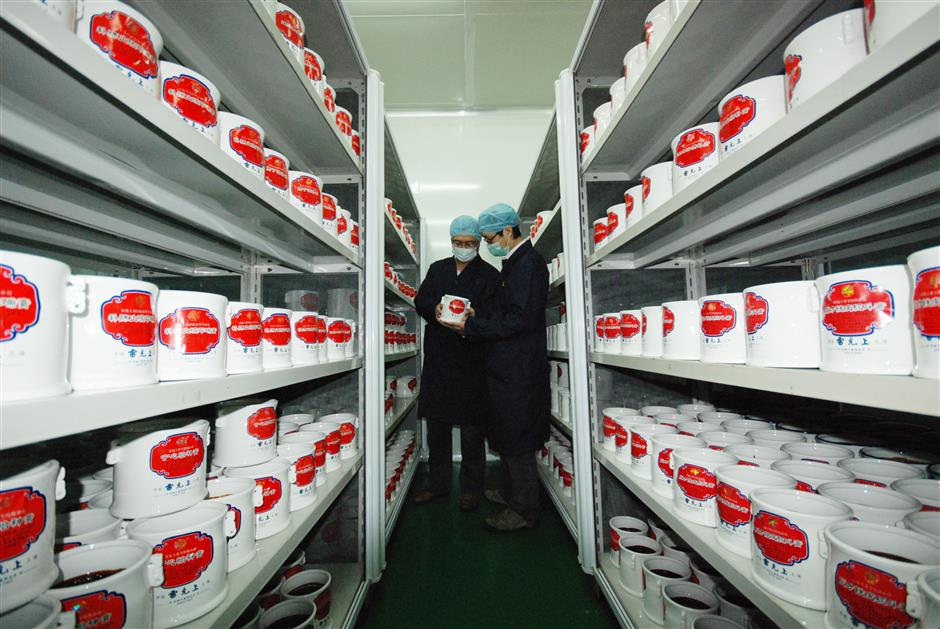 In 1734, Lei Dasheng, also known as Lei Yunshang, took over the family-owned business. He became a well-known doctor and pharmacist, and people started to call his pharmacy Lei Yun Shang.

In 1860, Lei’s descendants fled to Shanghai to escape the Taiping Rebellion, a farmers’ uprising against the Qing Dynasty (1644-1911) after the rebels seized Suzhou. In 1862, they opened the first store in Shanghai and later expanded the business to other districts.

For historical reasons, currently, there are several pharmacy chains under the name of Lei Yun Shang. But to locals, Lei Yun Shang West, headquartered in Jing’an District, is the most popular for its quality products, especially gaofang.

In 2011, Lei Yun Shang West became the city’s first TCM industrial player to come up with standards for making gaofang.

It set up a gaofang workshop, covering about 670 square meters, where workers strictly follow traditional skills to soak herbs, boil and dry the paste. Modern factory equipment such as UV disinfection light and monitoring cameras have been installed to ensure safety.

Also, it has developed an online management platform, allowing managers to monitor everything taking place in the factory via their mobile phones. They can get to know who is doing what at which time, which place and whether herbal residues are properly processed. Next, it plans to add customer feedback to the app.

Its gaofang workshop has been assigned by the city’s TCM industrial association as the only training base, where nearly 100 people are trained every year. So, it is almost like the birthplace of local gaofang makers.

"It’s our duty to pass on the TCM tradition, and we will continue to foster young talent," said Lei Yun Shang West. 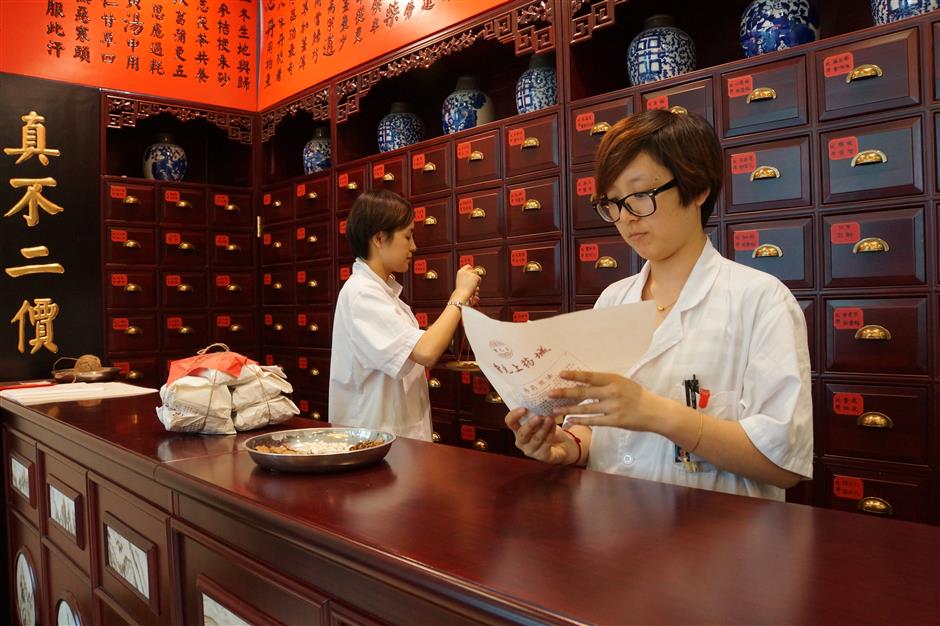 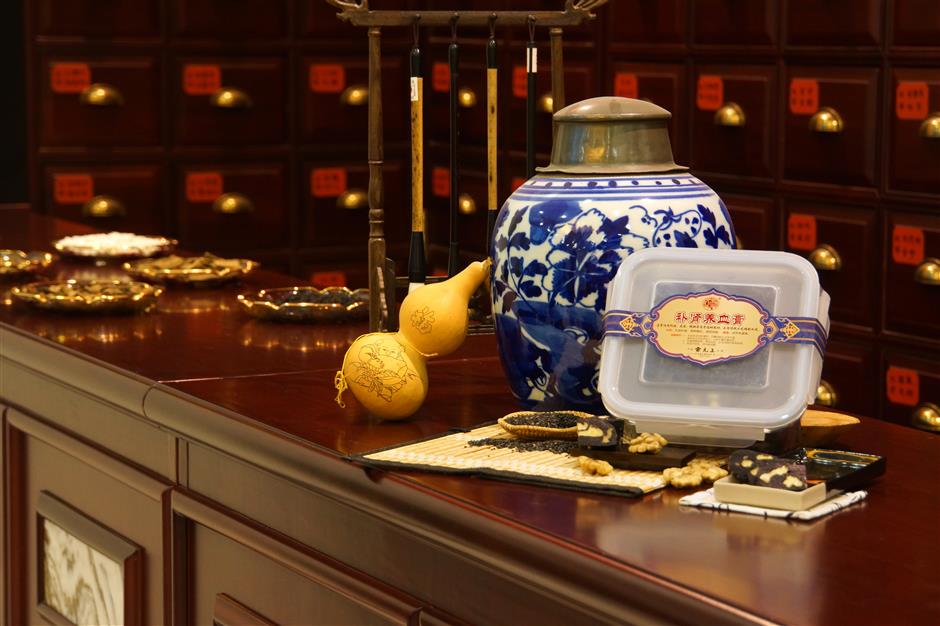 A gaofang packet is seen at a Lei Yun Shang West outlet.