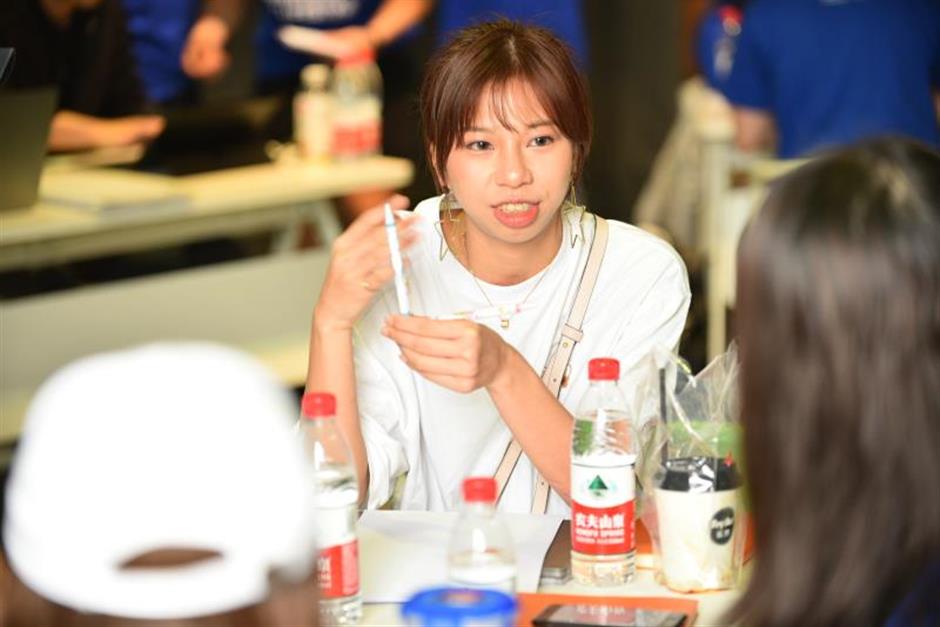 Young entrepreneurs from Hong Kong, Macau and Taiwan have completed a training program along with their mainland counterparts at Tongji University.

Forty-five entrepreneurs from across the country attended lectures, workshops and seminars during the two-week session at the Tongji University-Bauhinia Valley innovation and entrepreneurship development center.

Kwok Tsz-ching, who founded a craft brewery in Macau, said the program had helped her target customers and make a development plan and brand strategy.

“It was only during the session that I realized how immature my startup really was,” said Kwok. She’s now decided to involve tea culture with her “2048 Macau Craft Beer,” and won the best team award at the end of the program.

Tommy Zheng from Hong Kong runs a design workshop in Guangzhou. He plans to turn his small company into a global service platform to exhibit and sell innovative art around the world.

“I’ve learned a new development strategy in the AI era,” Zheng said. “I also learned the tolerance, culture and giant market opportunity of Shanghai,” he added.

Startup projects on intelligent health, transport, lifestyle, urban-rural development and entertainment were the final presentations of the training.

“The entrepreneurship center has not only offered a learning but also exchange and cooperation platform for entrepreneurs from Hong Kong, Macau, Taiwan and the Chinese mainland,” said Tao Mingxia, an official with the university.

It was the fifth training camp since the entrepreneurship center opened in 2017. Hundreds of college students and young entrepreneurs have been through the program. 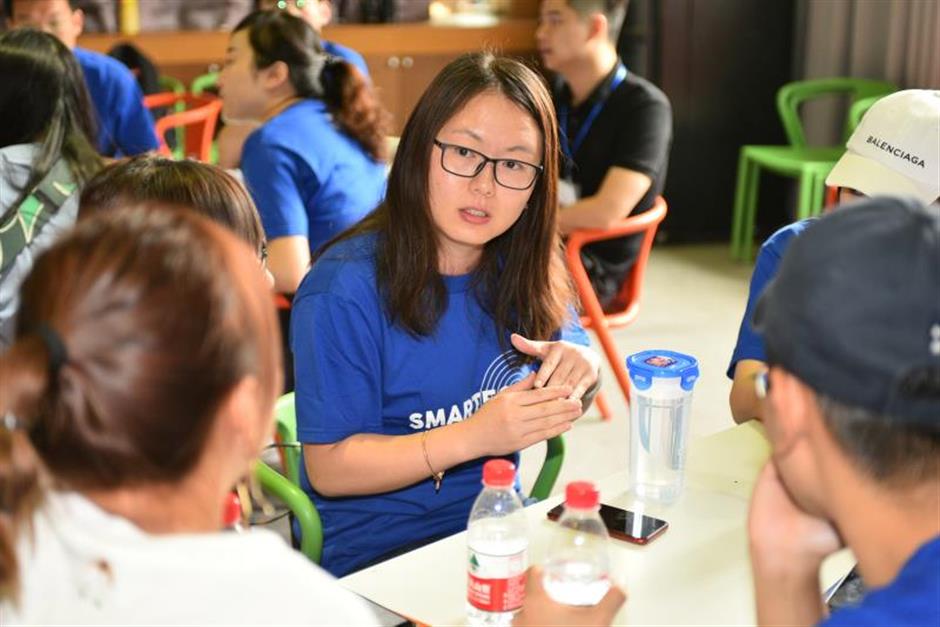 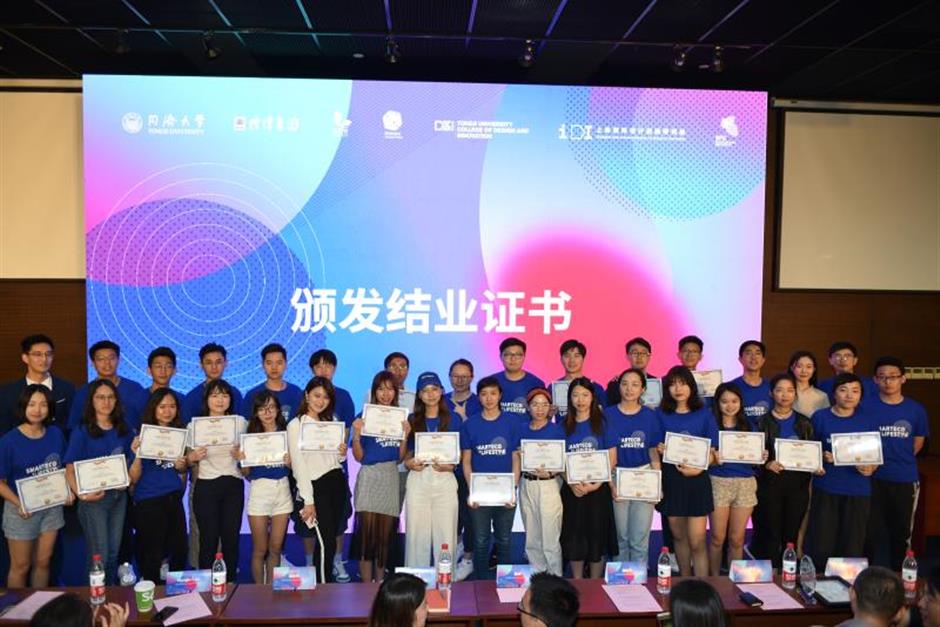 Young entrepreneurs get their certificates at the end of the program.