Let's say a big thanks to all the dads out there

While many men are becoming more engaged as fathers and hands-on caregiving partners, in 23 middle- and high-income countries, the unpaid care gap between men and women has fallen by only seven minutes a day in the past 15 years, said the “State of the World’s Fathers” report released ahead of Father’s Day by Promundo, an NGO focusing on gender equity.

Another survey interviewing 500 local parents in 2015 found dads spent 12 hours a week less than moms with their kids aged between 4 and 6.

Has that gap shrunk since then in Shanghai? There has been no recent research.

But our photographers captured some joyful moments of local dads taking care of their kids.

Happy Father’s Day to all the caregiving dads! 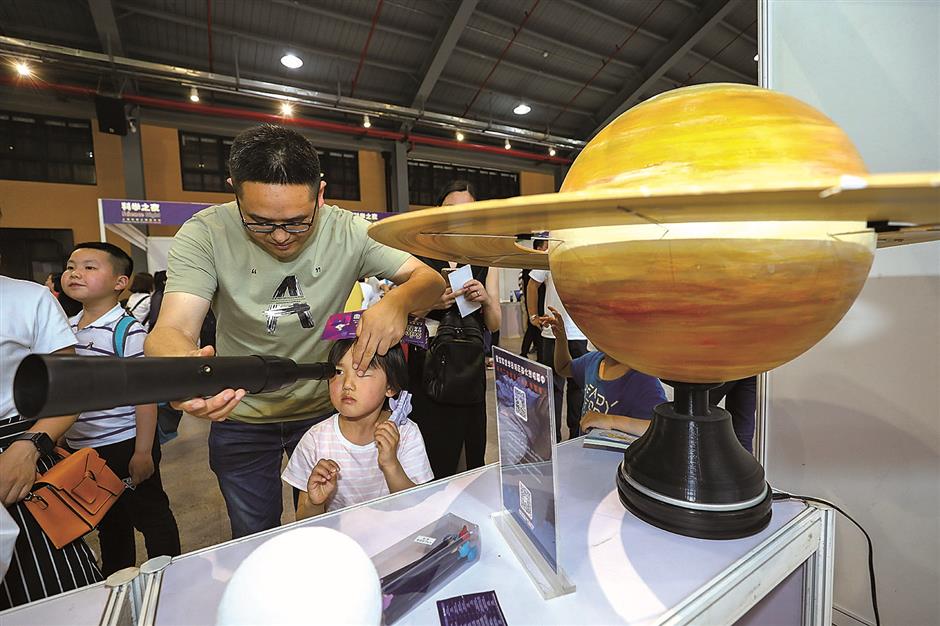 A father teaches his daughter how to use a telescope during the 2019 Shanghai Science Festival. 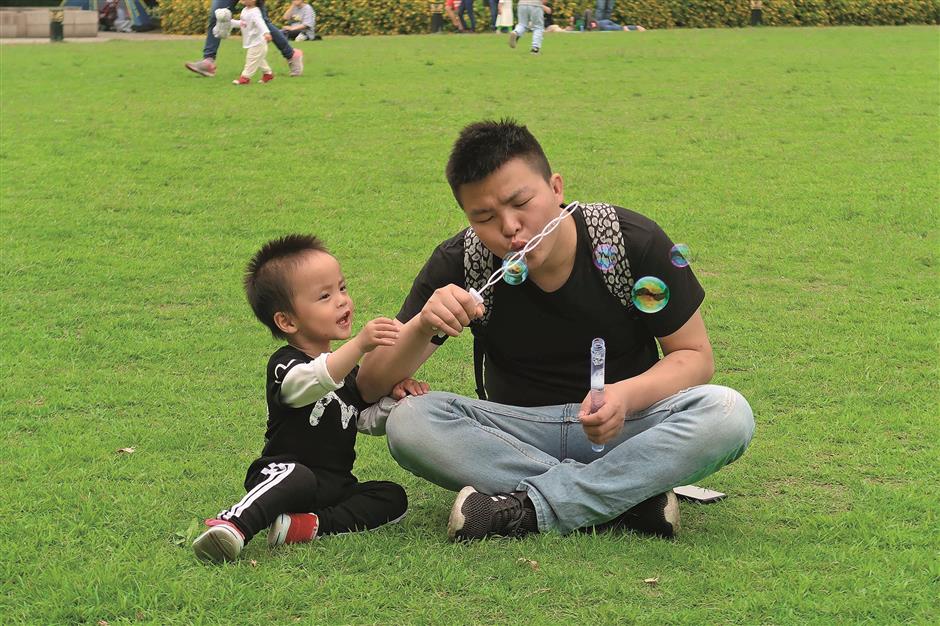 A father blows soap bubbles for his son in Changfeng Park. 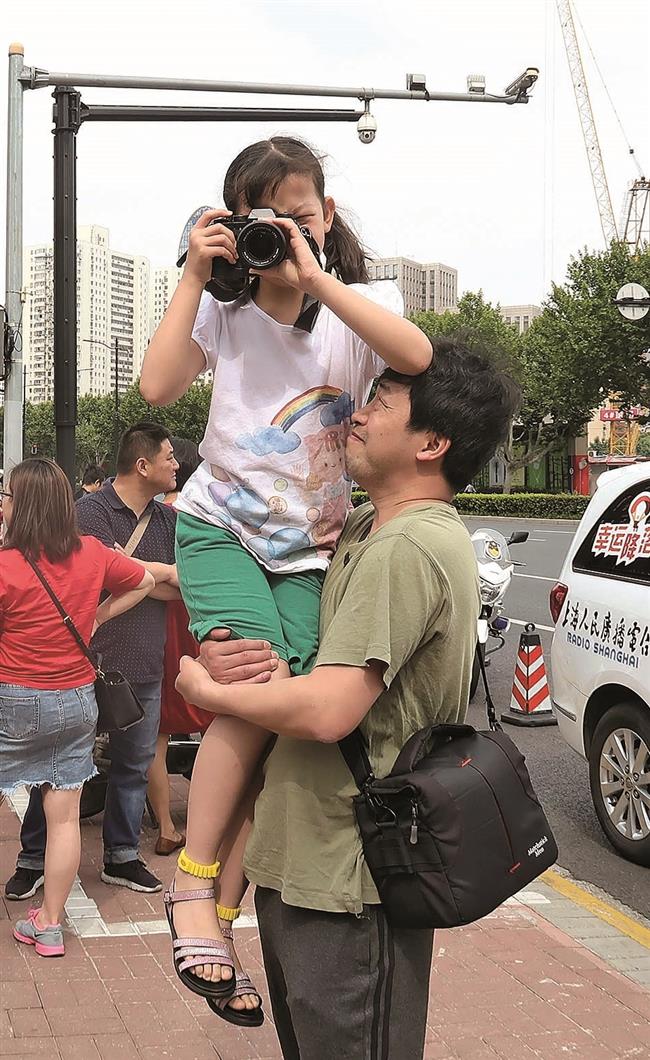 Fathers always provide the steadiest support for their kids, especially when they want to have a better view or take a great photo.

A migrant worker from Anhui Province takes a selfie with his son at the top of the Shanghai Tower while the child, who still lives in their mountainous hometown, visited him in the city. 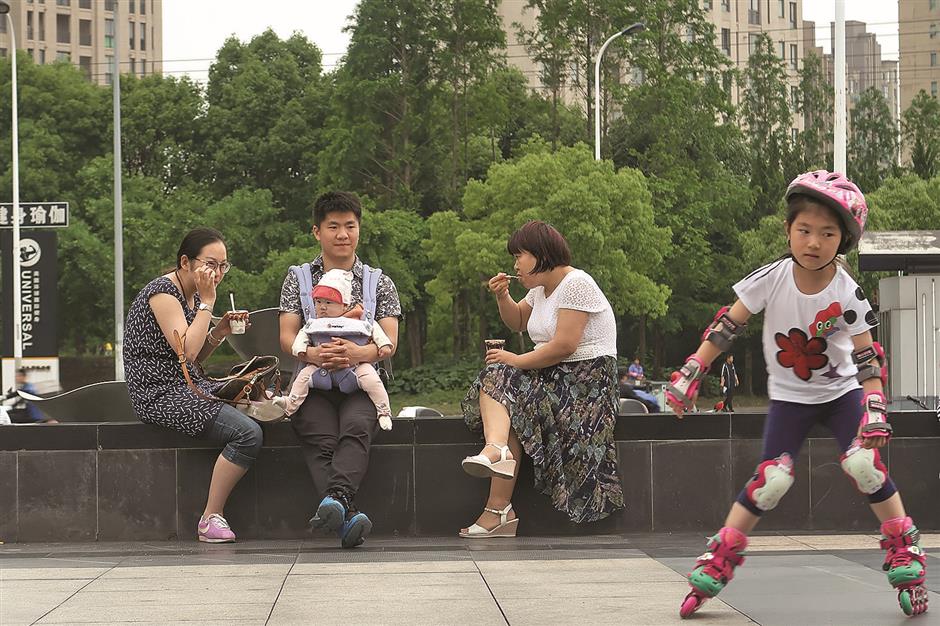 A father carries his youngest child while overseeing his elder daughter. 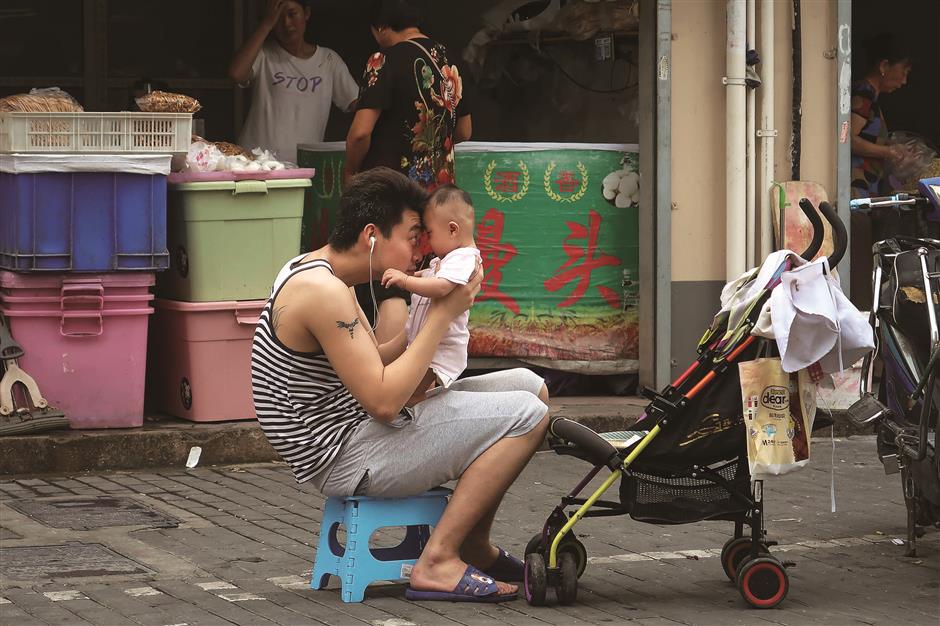 A grocer plays with his baby on Ninghe Road during a break from work.